That’s the beauty of the award: anyone on the roster can have a World Series moment that leads to them winning the MVP. Or they could simply dominate at the plate or on the mound and leave the voters no other choice. It’s wide open.

With that in mind, let’s take a look at some of the players who could find themselves getting into a new Chevy with their MVP award when the series is over:

He may be the obvious choice, but there’s usually a reason for a guy being the obvious choice. In Miller’s case, it’s because he’s the most dominant pitcher on either team’s staff and has the ability to swing the entire series Cleveland’s way. If the Tribe jumps out to an early lead in any game, the Cubs are sure to see Miller at some point (any point, really) and that’s trouble for Chicago. Miller has never given up a run, earned or otherwise, in his entire postseason career. If anyone can match, or even exceed, Madison Bumgarner’s historic 2014 World Series performance, it’s the Indians’ big lefty.

He couldn’t buy a hit in the NLDS, and started off hitless in the first two games of the NLCS. Since then, Rizzo has eight hits, half of those for extra bases, and looks a lot more like the guy who smashed 32 homers and put up a .928 OPS in the regular season. Rizzo has the ability to take over the series with his bat, which would mean a lot of early leads for the Cubs, which would in turn mean they avoid trying to catch up against Andrew Miller. That alone would be cause for Rizzo to take home the hardware. 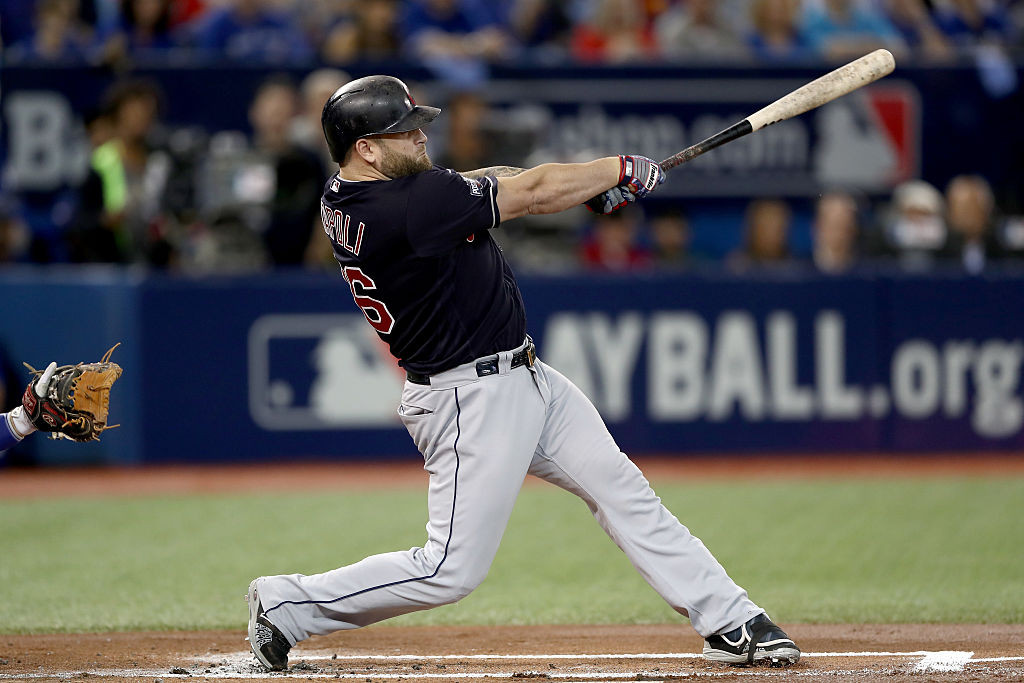 TORONTO, ON – OCTOBER 19: Mike Napoli #26 of the Cleveland Indians hits a double to score Francisco Lindor #12 in the first inning against Marco Estrada #25 of the Toronto Blue Jays during game five of the American League Championship Series at Rogers Centre on October 19, 2016 in Toronto, Canada. (Photo by Elsa/Getty Images)

Party! Napoli hasn’t hit much in this postseason (five hits in the first two rounds), but it’s clear that he’s the emotional leader of the Indians, which carries a lot of weight if he ends up performing well. It’s not hard to envision Napoli getting a few big hits in the series – maybe even one that wins a game for Cleveland – and winning the World Series MVP award to cap off what’s been an incredible year for him. If there’s one player in this series who might win the award without having stats that jump off the page, it’s Napoli.

The Pitchers Not Named Andrew Miller

He hasn’t been nearly as untouchable as his ex-bullpen mate Miller, but Chapman still has the ability to take over a series all by himself. His lethal fastball might be enough on its own to swing the balance of power in this series, and it’ll be awfully hard for the Indians to mount a comeback with the prospect of Chapman hanging over them in the later innings. If this turns out to be a low scoring series, it’s possible that Chapman could get enough MVP votes to win it if he puts together the kind of dominant performance he’s capable of.

The frontrunner in the “Indians pitcher not named Miller that could win MVP” category. Kluber gets the ball for the Tribe in Game 1, which means he could conceivably factor into three wins for his team if the series goes the distance. Kluber has been especially tough in the postseason and if can shut down the powerful Cubs offense three separate times, he’ll be the favorite to take home the new Chevy (and the MVP).

In the same boat as Kluber. If the series goes seven, Lester would have the chance to add to his already impressive postseason legacy with potentially three starts. When he signed with the Cubs, Lester mentioned the possibility of winning the World Series in Chicago as one of the biggest reasons driving his decision. If he pitches three gems (or even two) and helps break the curse, he’d be an obvious choice. 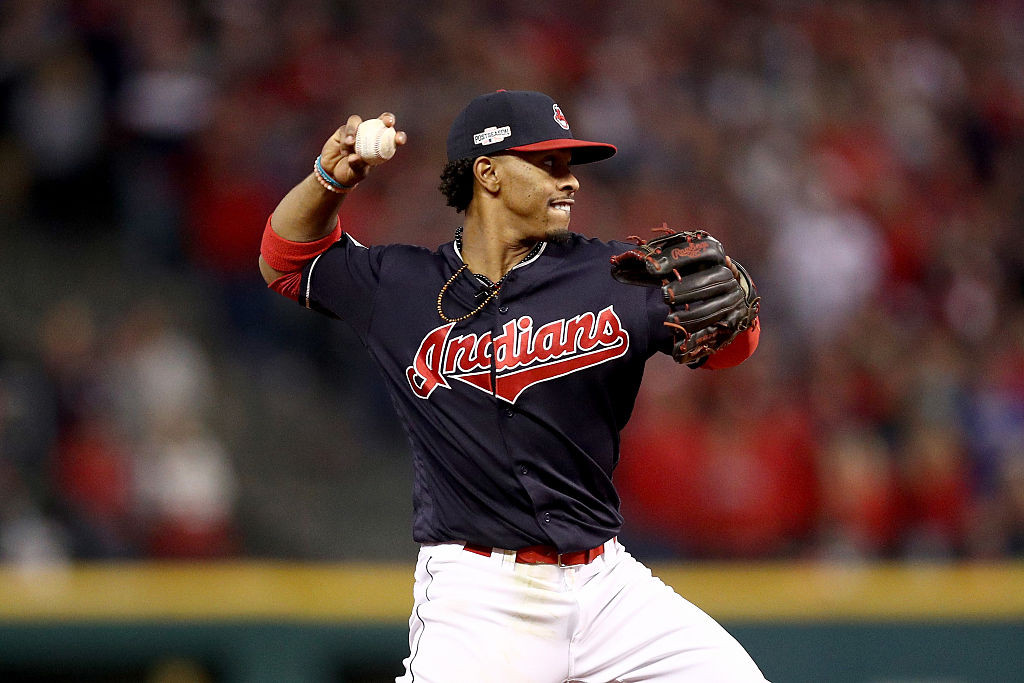 CLEVELAND, OH – OCTOBER 14: Francisco Lindor #12 of the Cleveland Indians throws to first base to force out Kevin Pillar #11 of the Toronto Blue Jays in the seventh inning during game one of the American League Championship Series at Progressive Field on October 14, 2016 in Cleveland, Ohio. (Photo by Maddie Meyer/Getty Images)

Lindor had a torrid ALCS and could have been named MVP of the series if Miller didn’t pitch out of his mind. Now, he has the chance to show how good he is on the biggest stage baseball has to offer. Lindor is one of the league’s brightest young stars, and if he has a great World Series, what better way to push him to the forefront than with the MVP award? Of all the players in the Indians lineup, Lindor has the best chance to carry the offense and push the Tribe to a championship.

He already broke out in the NLCS, and now Baez gets the chance to continue to do so while also ending the most famous championship drought in the history of sports. He’s young, flashy, insanely talented, and like Lindor, capable of carrying his team’s offense should the need arise. If he gets rolling, it’s easy to picture him demolishing the Indians almost on his own.

The Good Players (But Kind Of Boring Choices)

Heck of a play by Jason Kipnis to end it. https://t.co/daQYlpYxBd

He had just one hit in the ALCS, so Kipnis isn’t exactly coming into the series red hot. But those stats aren’t indicative of his talent and Kipnis has the ability to make a difference at the plate, in the field, and on the bases. His numbers probably won’t be flashy, but Kipnis is such a good all-around player he could have the kind of quietly great World Series that doesn’t get a lot of headlines but does get an MVP award.

He’s been overshadowed in the postseason by Baez, but Bryant has been the Cubs’ most consistently dangerous hitter in October. He would’ve won the NLDS MVP if the award existed, and he hit .304 with an .842 OPS against the Dodgers in the NLCS. The World Series gives him the opportunity to establish himself as one of the best players in the game. Winning the MVP after destroying the Indians’ pitching staff by himself would go a long way in accomplishing that.