It’s hard to believe, but September is here and that means there’s just over a month left in the 2016 season. That also means that pennant races and award chases are heating up, and this year, a number of them are going to go down to the wire. With so many races still far from being decided, this is shaping up to be one of the most exciting baseball Septembers in recent history.

With that in mind, let’s take a look at five storylines to watch over the last full month of baseball’s regular season:

Can the Royals and Mets get back into October?

Last year’s World Series teams both looked dead in the water when August rolled around, far from a playoff spot and suffering from the same playoff hangover that’s plagued so many teams before them. But with a little over a month left to go, both teams seem to have paths back to the postseason if things break their way.

The Royals fired off a scorching 20-9 month of August thanks in large part to a good luck mantis, apparently, and have put themselves squarely in the American League pennant race. The division may be out of reach (they currently sit 7.5 games behind the front running Indians), but they’re just three games back from a Wild Card spot. The Mets, meanwhile, weren’t nearly as successful in August (15-14) but they’ve benefited from a malaise in the rest of the National League playoff field: they’re just 1.5 games out of the Wild Card race and closing fast.

A Royals/Mets World Series rematch looked like an impossibility just a month ago. Now, there’s a better than average chance that both of them will get the chance to play for the pennant again. 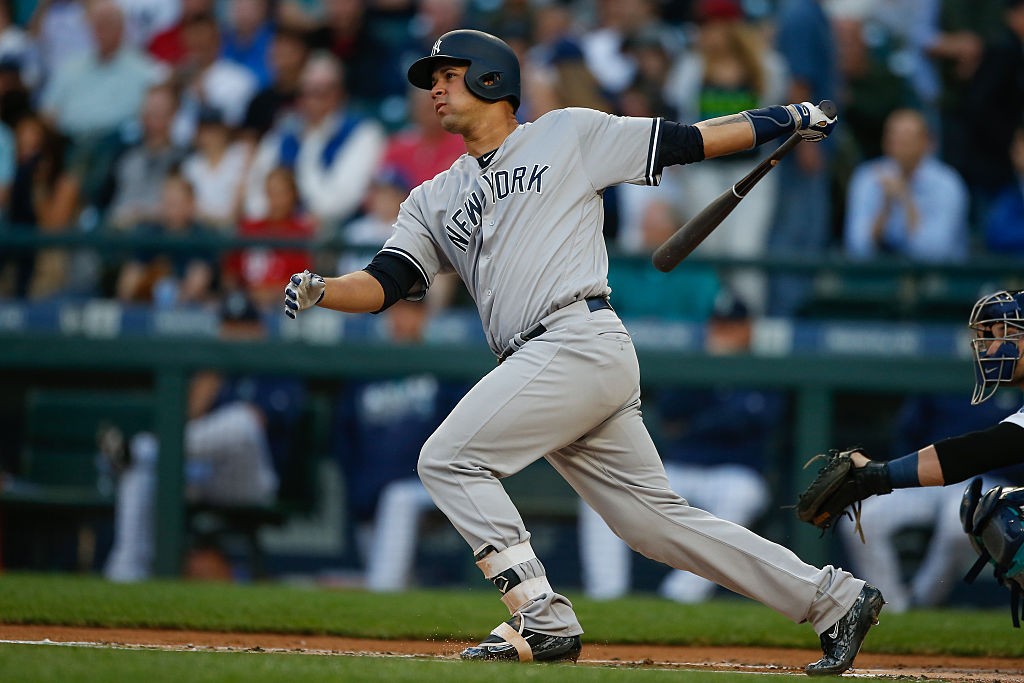 SEATTLE, WA – AUGUST 22: Gary Sanchez #24 of the New York Yankees hits a home run against the Seattle Mariners in the first inning at Safeco Field on August 22, 2016 in Seattle, Washington. (Photo by Otto Greule Jr/Getty Images)

Can the Yankees make a run?

Speaking of teams left for dead: the Yankees sold off some of their biggest pieces at the trade deadline, kick-starting a long overdue rebuilding process that left them with one of the best minor league systems in the game. That was supposed to be all we’d hear from the Bombers until next season, but they apparently had other plans. Their young players are producing, they just finished a 17-11 month of August, and they enter September just 2.5 games out of the Wild Card and 6.5 out of the division.

September should be a big test for the Yankees as the league adjusts to their impressive crop of rookies and makes adjustments; will they be able to adjust back? If so, the Yankees’ improbable run to a playoff spot just might be a success. It would be one of the biggest, most surprising stories of the year.

Will the NL West come down to the last weekend of the season?

The Giants had a death grip on their division for most of the season before a total collapse in the second half knocked them from their perch. The Dodgers haven’t exactly been setting the world on fire – they’re just four games over .500 since the All Star break – but they’ve played well enough to catch and pass their bitter rivals, currently leading them by 1.5 games in the NL West.

The Giants and Dodgers have provided fans with a number of big September moments over the years, and chances are good that they could add another one to their long history this month. They have six games left against each other, including a three game series in San Francisco to end the season. It’s not a stretch to think the division might not be decided until those games, and the entire NL playoff picture may not be clear until the Giants and Dodgers are done. It should be a wild finish. 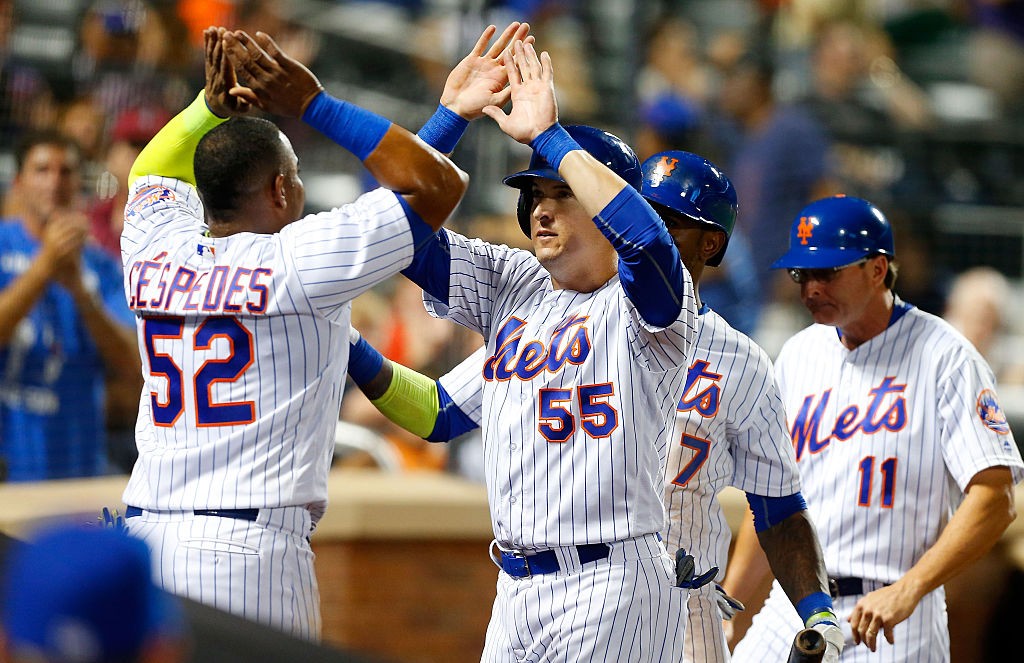 NEW YORK, NY – AUGUST 31: Kelly Johnson #55 of the New York Mets celebrates his three run double against the Miami Marlins after the eighth inning with teammate Yoenis Cespedes #52 at Citi Field on August 31, 2016 in the Flushing neighborhood of the Queens borough of New York City. (Photo by Jim McIsaac/Getty Images)

Will the Wild Card races thin out?

In the American League, there are at least eight teams with a legitimate shot at one of the two Wild Card spots: the Blue Jays, Red Sox, Orioles, Yankees, Tigers, Astros, Royals, and Mariners. In the National League, you can count the Dodgers, Giants, Cardinals, Mets, Pirates, and Marlins as contenders. It’s an incredibly crowded field, and it’s not out or the realm of possibility to think that there could be a tiebreaker game to get to the Wild Card game (a sudden death game to get to the ultimate sudden death game).

It’s likely that a few of those teams falls off in September, but that would still leave a number of good teams on the outside of the playoffs looking in when the dust settles. September is shaping up to be the craziest Wild Card race since the two team format was introduced.

Will anyone run away with the AL MVP?

No other awards race holds as much intrigue as the American League MVP race does. There are five legitimate candidates: Mike Trout, Josh Donaldson, Manny Machado, Jose Altuve, and Mookie Betts are all having seasons worthy of the award.

The potential storylines are fascinating. Will Trout, arguably the most under-appreciated player in the game, go on a tear in September that will make it impossible for voters to overlook him, or will the Angels’ poor record doom his chances? Will whichever team wins the AL East push their MVP candidate to the top of the ballots? Will Altuve lead the Astros to the Wild Card and solidify the award for himself in the process? Will someone else entirely come out of the blue to win the award? September will tell the tale.