The (December) 2014 Orange Bowl is notable because it marks Brent Musburger’s first-ever television call of the game. The Orange is the final major New Year’s bowl which can be added to the venerable broadcaster’s sprawling resume.

That’s significant… and yet it pales in comparison to what the Georgia Tech Yellow Jackets and Mississippi State Bulldogs are fighting for in Miami on New Year’s Eve.

Both programs rarely get a bite at the big-game apple, and they both have coaches who have powerfully reaffirmed themselves, so on many levels, the Jackets and Bulldogs come to the Orange Bowl full of hope and optimism. Yet, each team faces a burden attached to perception and reputation, a burden magnified by these schools’ geographical proximity to each other. The weight each team carries into Miami is what makes this game as significant as it is.

Even though this has been a season to savor for Georgia Tech and head coach Paul Johnson — whose future on The Flats was shrouded in doubt when 2014 began — there will be a definite sense of barrenness in Atlanta if the Rambling Wreck can’t win this game. 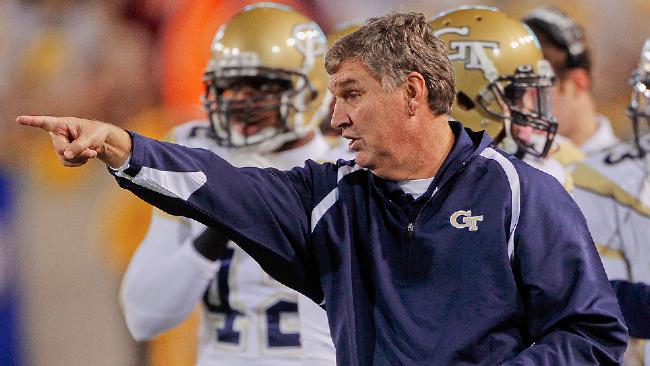 Paul Johnson has done so much this season at Georgia Tech, and yet, things being what they are, a loss to an SEC West team would allow the Yellow Jackets to unfairly be seen as “not ready for prime time” or something to that effect. The rewards of victory are real for the Jackets; so are the costs of defeat. This is why the Orange Bowl against Mississippi State is so compelling.

Various conferences possess rivalries, but none are felt as acutely as the one between the Southeastern Conference and the Atlantic Coast Conference. The reason for this is simple: The SEC and ACC share the same region. The Big Ten is a Midwestern league. The Big 12 is the league of the South Central Plains. The Pac-12 is the league of the West. The ACC and SEC share the Southeastern United States, however, with the ACC extending into the Northeast.

The Big Ten and SEC play each other in a lot of bowl games, and for that reason, those two leagues might have the fiercest competition of any two conferences in college football. However, the ACC-SEC rivalry is the most personal conference collision in the sport, since fans and alumni of member schools share residencies more than those of any other two conferences.

The Ohio diaspora and other movements of Americans might infuse a Big Ten flavor into other regions of the country, but for those in the South, the ACC-SEC battle is never very far away. It always rises to the surface on Rivalry Saturday — when Georgia Tech plays Georgia, Clemson plays South Carolina, Florida State plays Florida, and (now) Louisville plays Kentucky — and it is also a part of the bowl landscape in its own right.

What makes this game more defining in a conference-related context relative to other bowls is that these teams can rightly be seen as the second-best teams in the ACC and SEC. Georgia Tech was clearly the second-best team in the ACC, and though Mississippi State didn’t make the SEC title game (due to the divisional structure of the conference), the Bulldogs can reasonably be regarded as the number two team in the conference.

Unlike a game in which one league’s top team plays the No. 3 team in another (ding ding, Peach Bowl, ding ding, TCU versus Ole Miss…), this is a matchup of comparative equals in their own neighboring backyards.

You can see why this matters a lot to Georgia Tech, trying to carry the banner of the ACC against the SEC… in a football game, yes, and also in the realm of public perception. A win would verifiably give the ACC a new national presence in much the same way that Clemson’s win over LSU in the 2012 Peach Bowl stamped the ACC Tigers as worthy of respect beyond their own conference. A loss would make it easy — not necesssarily fair, but definitely easy — to trot out the familiar “SEC >>>> ACC” theme and dismiss the Yellow Jackets until next season.

For all that Georgia Tech has done, this game holds a lot of significance… and that’s why this game is a portrait of Southern discomfort on the ACC side. Add in the fact that Georgia Tech is making just its second New Year’s Day/Bowl Alliance/BCS/New Year’s Six bowl appearance since Bobby Dodd stepped down following the 1967 Orange Bowl, and the weight of this occasion only grows.

For Mississippi State, there’s no less a sense that this game needs to be tucked into the win column, in order to push away the blues in the offseason. 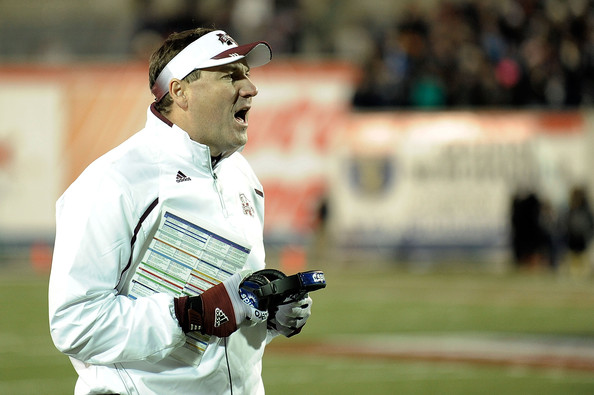 Dan Mullen has given new life to his career, putting together what is by far his best season as a head coach. Yet, a loss to Georgia Tech would leave a lot of national commentators saying that MSU was more a mirage than the picture of flesh and substance.

Georgia Tech at least has the satisfaction of knowing that from 1904 through 1966, it had only three head coaches, all of whom achieved richly. For more than half a century, the Yellow Jackets were really good at football. They lack the right conference in terms of getting the benefit of the doubt, but their proud football heritage gives them a degree of self assurance.

Mississippi State might be blessed by its SEC affiliation, but this game is more important for the Bulldogs and their fans for personal reasons. This Orange Bowl isn’t for the SEC in Starkville — not centrally. It’s a time for this snake-bitten program — thrust into the spotlight — to make that light a form of sunshine, as opposed to the harsh glare which accompanies brutal setbacks.

The Bulldogs have won only one SEC title, in 1941. They have produced only one unbeaten season, in 1940. They played in the 1937 and 1941 Orange Bowls… and did not get back to a BCS/New Year’s Six bowl… until this Wednesday night in Miami. MSU has made only one SEC Championship Game appearance since the SEC initiated the event in 1992. The school would have been able to make its first-ever Sugar Bowl this season had the College Football Playoff not slotted the Sugar as a semifinal game. Even as the Bulldogs relish their 10-2 campaign and a deserved spot in the New Year’s Six rotation, there is still an awareness that the team could have gained even greater riches but failed to do so.

Should the Bulldogs not beat an ACC team, the rest of the SEC will look down on Mississippi State. For the Bulldogs and their fans, that isn’t — and can’t be — their concern. What this team does want to do is to be able to register an historic achievement, since the very notion of legendary accomplishments has evaded MSU football for over 70 years.

The Chicago Cubs haven’t played in a World Series since 1945. Mississippi State football hasn’t played in a New Year’s bowl of supreme stature since 1941. Yeah, there’s quite a bit of Southern discomfort in Starkville on the eve of this game, not just in Atlanta for the Rambling Wreck.

The Orange Bowl might not be a playoff game, and it might not have quite the same pop of the Michigan State-Baylor extravaganza in the Cotton Bowl, but don’t think for a second that this game isn’t hugely important for both teams. Discomfort isn’t necessarily a problem to confront so much as it ought to be a source of supreme motivation. With two programs starving to make a name for themselves in different contexts — but both in relationship to conference affiliations — the Orange Bowl should witness a game stuffed with intensity and passion from start to finish.