The most popular topic of conversation at the annual Johnson family Fourth of July cookout is college football. Before the burgers and hot dogs even make it to the grill, we’re already arguing about which teams should play for it all, and why team X belongs in the title game over team Y.

Last Friday was no exception.

However, the discussion was a little different this year because of the implementation of the College Football Playoff. Instead of picking the two best teams in the nation, I had to pick which four squads deserve a spot in the playoffs. The Fourth of July became all too literal, with the promise of a football-style Final Four giving new dimensions to a season that’s just about on our doorstep.

Believe it or not, that process of picking four teams instead of two was not as easy as it seems. After examining every game on the schedule this season, I could make a case for including as many as 24 teams.

While preseason prognostications are an inexact science, here’s my best guess as to how it shakes out.

The reigning national champions will remain in the top spot on my ballot until someone steps up and beats them. That won’t be an easy task, as the ‘Noles return 13 starters from last year’s squad, which won by an average 39.5 points per game. As long as everyone remains healthy, FSU is a virtual lock for the College Football Playoff.

Nick Saban doesn’t have A.J. McCarron, but he just might have something better in 2014: a team deeply wounded by Chris Davis’s 109-yard “Kick Six,” one of the most iconic plays in the 145-year history of college football. Alabama gets Auburn at home this season. There’s nothing like a little Iron Bowl revenge to fuel the human heart. Saban hopes that his team won’t have to rely on one or two extra seconds to knock out Gus Malzahn’s athletes from Auburn.

Defense wins championships, which is why I expect Alabama to win the SEC West. Sure, the Crimson Tide will have to replace some NFL-bound talent on that side of the ball, but it’s worth noting that the Bama D has ranked in the top 5 in total defense every year since 2008. That will be enough to carry the Tide to an undefeated season even if – and it’s a big if – the offense should struggle this fall. 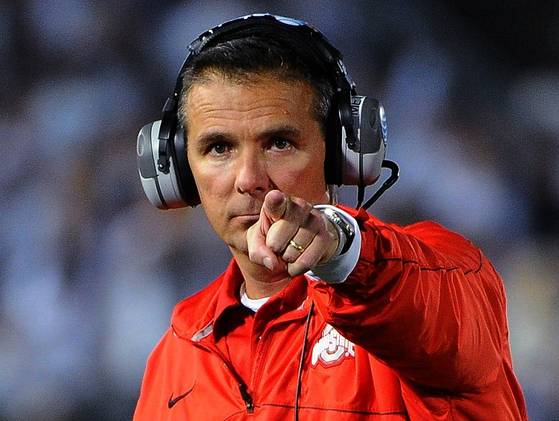 If Terry Johnson’s preseason Final Four picks turn out to be accurate, Urban Meyer will face Nick Saban in a college football national semifinal game. Plenty of people don’t care much for these coaches, but few could deny that a Meyer-Saban semifinal would give the inaugural College Football Playoff a blockbuster matchup.

While the Buckeyes have always had the firepower to outscore their opponents under Urban Meyer, they won’t need to this year. Larry Johnson and Chris Ash are two of the best in the business, and should transform the OSU defense into a championship-caliber unit. This dramatic improvement will lead the Bucks to an unbeaten record and a Big Ten title… the prizes Michigan State took from Ohio State’s hands last December in Indianapolis. 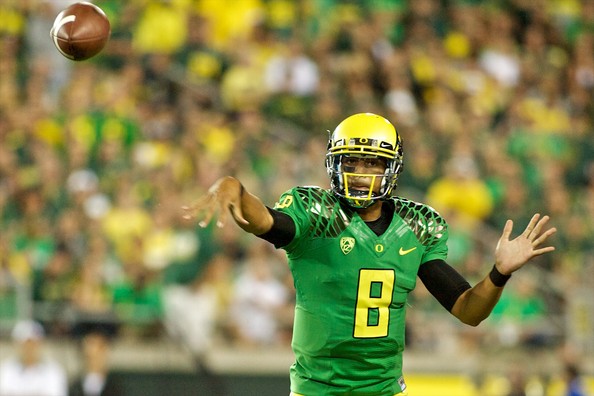 The hard part for Oregon will be to make the College Football Playoff. However, if the Ducks do crack the top four, they know that if they can win their semifinal, they would enter the national championship game with the rhythm and flow they lacked in the 2011 BCS National Championship Game against Auburn. That’s going to be one of the main differences between the College Football Playoff and the BCS: The teams in the national title game will now be roughly one week removed from a game, instead of entering the field following a one-month layoff. Oregon is precisely the kind of team that stands to benefit from such an arrangement… but only if it can first put itself in position to make use of it.

Make no mistake about it: The Ducks are loaded on offense once again. Nine starters – including Heisman Trophy candidate Marcus Mariota – return from a stellar unit that averaged 45.5 points per game last year. Although they won’t escape Pac-12 undefeated, the Ducks will win the most important games on the schedule, and capture the coveted fourth spot in the bracket.