Say what you will about him — because I have — but Brooks did do certain things well during his tenure with the franchise. After helping to develop players; building a foundation of success when the organization relocated; and taking the team to the Western Conference Finals, Brooks being fired from the Thunder feels as much about the upholding of some fictitious limit of time each coach has at any NBA job. The decision by Thunder general manager Sam Presti conveys the sense that Brooks’s era just ran its full course in Oklahoma City. The decision also confirmed the reality that Brooks has perceived limitations as a coach.

Regardless, OKC is moving on. Next on the agenda is finding a new coach to help lead (and keep) Kevin Durant and Russell Westbrook. That’s not exactly the easiest of tasks when you take into consideration that Brooks did set the bar rather high.

Names have already been rumored. Kevin Ollie, Billy Donovan , and a slew of regularly mentioned college names have been gently tossed through the mean streets of Twitter. Each of them bring some great qualities to the job. Ollie has connections to OKC and, just as importantly, Durant. Donovan is considered an excellent in-game coach — which Brooks was perceived not to be. (It should be noted that Brooks had improved in that aspect of coaching during his tenure.)

Full disclosure: I have a weird, bordering on unhealthy love for Fred Hoiberg. It has been rather well documented. Selfishly, however, I prefer to keep him at the college level. Unfortunately for me — ugh, I mean lovers of college basketball — Hoiberg makes perfect sense for the Oklahoma City job.

Hoiberg’s offense, which has been poorly deemed Hoi-ball, is an up-tempo, freewheeling, “open shooters take shots regardless of seconds into possessions,” attack-based style of play. It makes for a terrific watch. At the college level, Hoiberg’s system nearly takes the complete opposite approach to that of his coaching brethren; he lets his players play while incorporating a system which relies upon their strengths. Hoiberg does this without micromanaging college players, which comes to instinctively to most college coaches.

Basically, Hoiberg lets his players mostly dictate his system… not the other way around, as most college coaches do. That type of strategy would likely translate at the next level.

With that being said, we aren’t 100-percent sure how this would go over with already-made superstars. Would Durant and Westbrook buy what the Mayor of Ames is selling? It is easy for him to sell that type of stuff to transfers on their last-chance stop, or to young freshmen who are naive (or willing) enough to take his word as gospel, but NBA stars are different.

That doesn’t just apply to Hoiberg, either. It should be attached to any college coach taking the leap to the NBA. Professional basketball players make more money than their coaches, which typically gives them more power, which results in many players taking coaches as seriously as they do Darren Rovell sharing hot dog prices on Twitter. 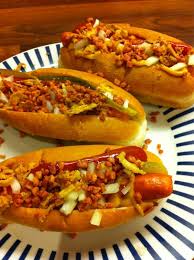 Pictured: Not Darren Rovell… I think.

Theoretically, Hoiberg has a better chance to work than Donovan. Some NBA players, with obvious exceptions being his NCAA title teams, have not excelled under Donovan. Bradley Beal was a renowned shooter until he went to Florida to shoot under 40 percent from three-point range; Chandler Parsons, who did manage to win the 2011 SEC Player of the Year Award, did not seem like an excellent NBA prospect while playing under him; there are countless other examples.

At the same time, maybe I should acknowledge all those who have succeeded in the NBA as proof that Donovan is actually the better fit. Maybe the “failures” of some not being drafted higher than they should have been is not a negative attribute, but a testament to how long and well Donovan has been a good coach. To have such things a coach needs to have worked in a sustainable environment. Even to achieve that, a coach needs to be great.

That is not to say Donovan wouldn’t work or that Hoiberg has had more “better” NBA players. The latter’s sample size is too small in comparison to the former, not to mention it isn’t true. Heck, I didn’t even get to the fact that Donovan has been a more successful coach up until this point anyway.

I am just attempting to add to the idea that Hoiberg’s style to best highlight players’ abilities seems like a more appropriate fit for the NBA. It’s tailored to an NBA situation more than Donovan’s attempts to force athletes to play within his system. Simple enough.

Let’s ask the central questions: What types of personalities and styles would mesh best with superstars who have egos because they are, well, superstars? Is this package of personality and style found in the coach who is open to nearly everything and is willing to adapt to do what is best for his players, or is this skill set found in another coach who has proof that his style works because of two national titles and four Final Fours at Florida?

The latter person isn’t wrong, per se. Yet that kind of juxtaposition isn’t going to work in the NBA. It didn’t for Rick Pitino, John Calipari, and a bunch of other coaches. For those who came to the NBA without ego, like a Brad Stevens, it has. I am a big believer in the idea that low-ego coaches are the ones who can make the jump to the pros. Obviously all of them have to be good coaches, but the less mental baggage they bring to the NBA, the better.

I digress. Hopefully Hoiberg’s name stays out of the OKC job discussion. It is unlikely that he is as wanted there as Ollie or Donovan, anyway. Let’s just hope the Thunder didn’t read this column where I just made a case for him at the next level, because… I wouldn’t be able to live with myself if I helped get him that job.

College basketball is better with Fred Hoiberg in Ames. This statement remains true even though the Oklahoma City would be better with a new Mayor on its coaching staff.