Thursday’s Sweet 16 games did not produce memorable moments or dramatic stories, so a notebook approach is the best way to sum up the night.

The winners will get their evaluations, but first, we turn to the losing teams, as the NCAA tournament field shrank from 16 to 12.

Of the four losing schools on Thursday, this was the one which was expected to make the Final Four before the season began. The Terrapins possessed high-end talent and a mixture of first-year, second-year and transfer-based members of their roster. The component parts, in their raw forms, needed to be developed by Mark Turgeon to the point that the Terrapins could rise above the competition.

The Turtles could not and did not soar against Kansas… but that’s not the problem here.

A lot of teams are going to fall short against Perry Ellis — the best player on floor Thursday night — and the relentless pace of the Jayhawks, which received strong performances from Wayne Selden, Landen Lucas, and Frank Mason. Maryland is a terrific transition team, but Kansas was (is) one of the few teams left in the tournament which could actually out-perform the Terps in the open floor.

If one wants to get right to the heart of why Maryland lost, it’s not very complicated. The Terps — 1 of 18 on threes last Sunday against Hawaii — needed a genuinely good, if not great, outing from the arc in order to stay in touch with KU. They finished 5 of 25. You’re never going to beat a 1 seed with that shooting line… unless you make a killing at the charity stripe. Maryland made only 14 foul shots, many of them late after the outcome had been decided. 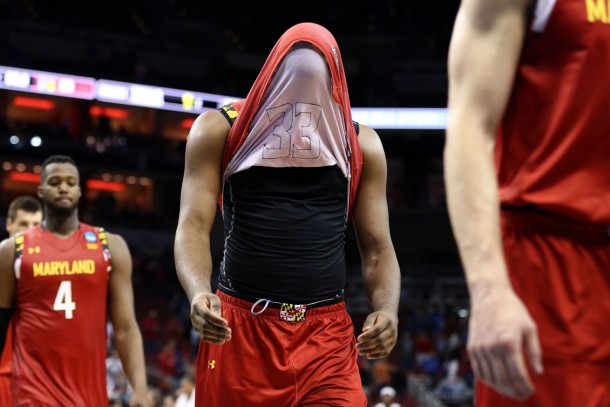 The Terrapins can’t lament their effort on Thursday night. Maryland has regularly fought hard against elite teams all season. The most important lesson to take away from the Terps’ loss — and their subsequently inadequate campaign (as far as Sweet 16 seasons go, this was a sad-trombone version) — is that you can’t play a 1 seed in the Sweet 16.

Maybe Maryland was never good enough to BE the 1 seed, but the Terps at least should have been able to find their way to the 2 or 3 lines on Selection Sunday.

Losing to Minnesota? That was certainly worth at least one seed line. Getting clocked at home by Wisconsin? That clearly didn’t help. Maryland also had a chance to close out Michigan State in the Big Ten Tournament semifinals, but an achingly long string of empty trips down the stretch doomed the Terps in that situation, preventing them from making a jump up the seed list in the hours before the NCAA Tournament Selection Show.

Maryland was a 4 seed last year. That this year’s team fell to a lower seed tells you most — if not all — of what you need to know about how 2016 unfolded for the Terps. 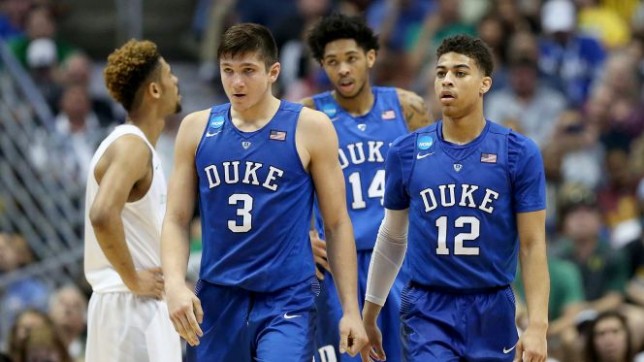 The Blue Devils might have faced the softest 1 seed in the tournament on Thursday night in Anaheim, but Oregon didn’t play with the timidity and hesitancy it displayed in the round of 32 against Saint Joseph’s. The Ducks — like another Pac-12 (Pac-10) team which escaped the round of 32 — played the way a team is supposed to play after it narrowly avoids death. The 1995 UCLA Bruins used their round-of-32 escape against Missouri as fuel for a national title run. Oregon had a full tank on Thursday, and Duke needed its main man in the middle to stop the high-flying, running-and-dunking Ducks.

When Marshall Plumlee — openly acknowledged by Mike Krzyzewski as Duke’s most important player — picked up two quick fouls, Oregon gained leverage. The Ducks didn’t run away with the first half, it should be said; they led by only two possessions at halftime. However, those fouls still affected the game because Plumlee was never able to find a rhythm on the floor. Plumlee could not become what Brian Zoubek became for the 2010 national championship team: The defensive anchor in the middle who enables his teammates on the perimeter to be more aggressive, knowing that if they make a mistake, a rim protector exists.

Duke could not author the defensive metamorphosis the 2015 team managed to pull off. This wasn’t Coach K’s failure; this was the law of averages, laced with foul trouble for a key cog. 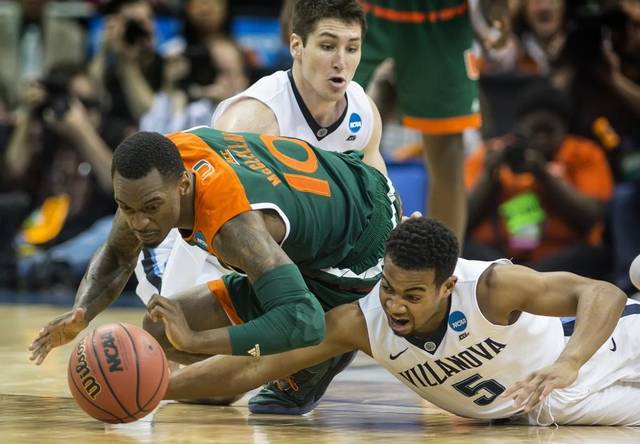 The Miami Hurricanes have made more Sweet 16s under Jim Larranaga (2) than in the entire history of the program before he arrived (1). This program is enjoying its best days.

It’s therefore sobering that Miami was one of only two Sweet 16 schools which had never reached the Elite Eight.

The Canes remain “eight-less” after getting run out of the KFC Yum Center on Thursday in Louisville. There was nothing good about the lickin’ Miami took at the hands of Villanova.

Understand this about Miami in the Sweet 16 under Larranaga, as great as Mr. Tilde has been in reviving the program: The Canes have been bad.

In 2013, Miami scored just 16 first-half points against Marquette and played a body-snatched game. Here, three years later, the Canes shot the ball well… but couldn’t do anything else, an inversion of their 2013 defeat at this stage of the tournament.

Miami was routinely outworked for 50-50 balls. Post defense was a ghost — Miami offered no real resistance to Daniel Ochefu, who burst forth with the kind of performance he lacked in the 2015 NCAA Tournament against North Carolina State. Miami’s bodies were on the court — we saw those green uniforms — but the Canes never really announced their presence. They didn’t make Villanova feel their effort or intensity. The Cats got into a rhythm and stayed there, doing whatever the heck they wanted. That’s largely because Villanova’s a superb team, but Miami has to lament a second straight no-show in the Sweet 16 round. That’s a worse burden to carry than never having made an Elite Eight. 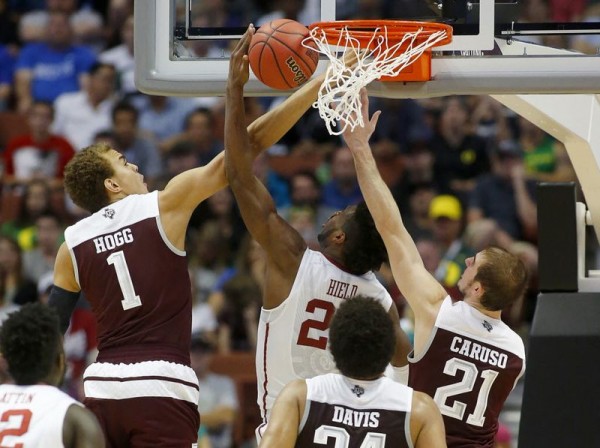 The Aggies made a deathbed recovery against Northern Iowa this past Sunday.

When a team makes a deathbed recovery — truly, the greatest last-half-minute comeback in the entire history of college basketball — one would expect a spill-the-tank, whatever-it-takes, let’s-not-get-clocked-in-the-first-59-minutes effort the next game.

That’s really all that needs to be said about the SEC’s highest-seeded team on Thursday.

This was a tremendous season orchestrated by Billy Kennedy. A&M won its first league title in 30 years. The Aggies made the SEC Tournament final. They earned a high seed (though maybe a 5 instead of a 3 was more appropriate). They reached the second weekend, which matches any other A&M team which has ever existed.

There’s so much this team has to be proud of. Alas, its best basketball was used up in the first round against Green Bay.