People have far worse problems than the ones faced by UNLV athletic director Tina Kunzer-Murphy.

That said, within the theater of college athletics and the pressures of a cutthroat business, Kunzer-Murphy just endured one of the more difficult months any athletic director has ever faced.

It’s not just that Marvin Menzies — formerly the coach at New Mexico State — is not the sexy hire many UNLV basketball fans were hoping for. The larger reality of Kunzer-Murphy’s ordeal is rooted in the divide between process and results. It’s something that’s always hard for fans to accept, but it’s an enduring truth of sports, both on and off the court.

Realize this about Chris Beard’s decision to move to Texas Tech once Tubby Smith left for Memphis: Beard made this decision only after other (better) candidates pursued by Kunzer-Murphy said no. 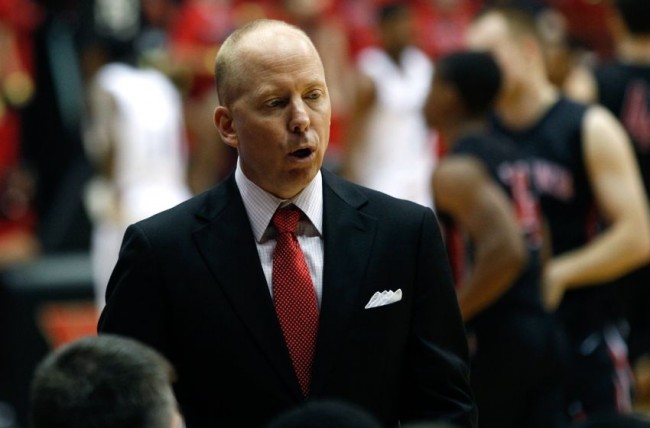 Kunzer-Murphy wanted Mick Cronin of Cincinnati to coach UNLV. That would have been a very solid hire. Cronin backed out at the last instant. Kunzer-Murphy claimed Cronin told her he was going to accept the job, but that he wanted to go home and think about it. Cronin offered a different view, and some underlying commercial entanglements complicated the picture for both parties. One could make a legitimate argument that Kunzer-Murphy shouldn’t have thrown shade at Cronin after he chose to remain in Cincinnati, but Kunzer-Murphy very probably felt she had to make it clear that she made a convincing offer, and that Cronin was the one who got cold feet. It’s a situation which is understandable from both sides of the table.

The biggest takeaway is that the AD pursued a quality coach, and the coach just didn’t feel comfortable enough to leave. That’s ultimately out of Kunzer-Murphy’s control.

She then pursued Randy Bennett of Saint Mary’s, arguably a better pick than Cronin. Bennett has made Saint Mary’s a legitimate competitor to the Gonzaga brand in the West Coast Conference, and I have personally felt that if Bennett gets a shot at a bigger job, he’d rock it. Kunzer-Murphy courted him. Bennett said no.

Then came Beard, an up-and-comer in the coaching ranks who — as a third choice — unavoidably wasn’t going to stack up to Cronin or Bennett in a comparison. It was a decent salvage attempt under the circumstances, better than Menzies because the WAC Menzies entered with New Mexico State in 2007 is nothing like the WAC which exists now. Menzies dominated the league in recent years, but that’s because Utah State and Nevada left for the Mountain West, where UNLV resides.

If choosing between a Sun Belt and a WAC coach, the coach who’s 11 years younger and clearly more intent on rising in the coaching ranks probably rates as the better choice. Beard’s ambitious nature was confirmed by his departure for Texas Tech, but when hired by UNLV, it seemed the Rebels had found a reasonable solution after Cronin and Bennett turned them down. 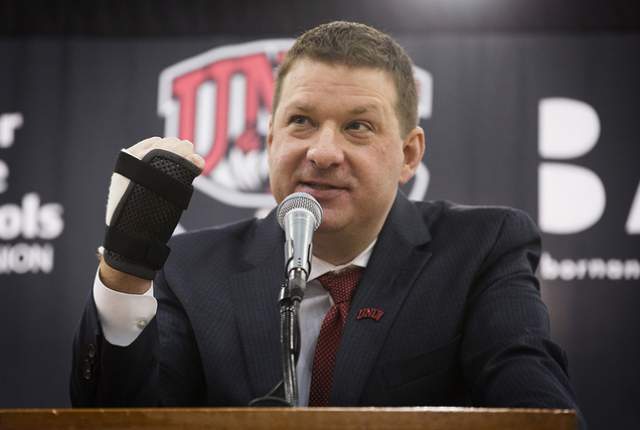 He had every right to do so, and yes, a lot of people would have done the same. Yet, if you’re viewing this from Kunzer-Murphy’s vantage point, Beard had to have known what had occurred at UNLV over the previous few weeks. Yes, Beard’s contract had the provision which enabled him to move to Texas Tech, so Kunzer-Murphy probably wasn’t expecting this plot twist, and could therefore be criticized for not writing up a better agreement. Even then, however, would a coach knowingly bolt while knowing what had occurred with Mick Cronin?

The Tubby Smith hire by Memphis was something Memphis commentators and journalists did not anticipate, so imagine the shock Kunzer-Murphy must have felt when Beard pounced on the chance to go to Lubbock.

Even if some elements of the process could have been tightened up a little more — with Cronin, and then with Beard — Kunzer-Murphy ultimately remains a person who sought qualified candidates and ended up with what was ultimately a fourth choice in Menzies. 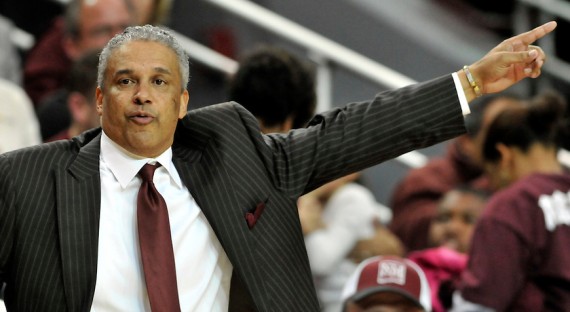 Greg Sorber — Aggies coach Marvin Menzies directs his players during the game against UNM in the Pan American Center in Las Cruces, NM.

Being in Las Vegas opens one’s eyes to the reality of luck, and how fickle it can be.

Luck has not been a lady to Kunzer-Murphy, who is being buried by criticism not only for the Menzies result itself, but for not hiring George Karl (freshly ousted as coach of the NBA’s Sacramento Kings), who reportedly would have brought aboard UNLV legend Stacey Augmon as an assistant and (possibly) head-coach-in-waiting.

It is natural for fans to want a name coach, and in Las Vegas — where glamour owns a place in the local culture, more than in most American cities — having both a recognizable head coach and a program icon on the same staff naturally carried a lot of emotional appeal.

Yet, consider Kunzer-Murphy’s exquisite dilemma here: She had gone through a rough month, and needed to bring closure to the situation so the new staff could move forward and establish its identity. Negotiations with Karl could have been prolonged, for one thing. Second, Karl is not a college coach. A move from the NBA to the college game at this late stage of his career would have been truly odd. 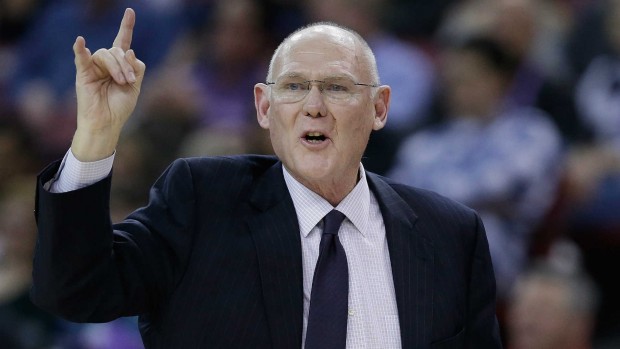 Third, how much could Kunzer-Murphy have trusted that Karl wouldn’t leave for one more bite at the NBA apple? Sure, Augmon might have been the coach-in-waiting, but look at St. John’s with Chris Mullin — that move might work out, but early returns have not been encouraging. Elevating a favored son to the head coaching post sounds romantic (and very Las Vegas) on a conceptual level, but athletic directors can’t think that way.

Securing Marvin Menzies didn’t merely put an end to an exhausting process. Kunzer-Murphy found a coach who, at age 54, is not trying to make a big climb up the ladder to a high-major as Beard did at age 43. She found a coach who, unlike Karl, isn’t an NBA flight risk. Menzies isn’t Mick Cronin or Randy Bennett… but he’s a helluva lot better than Dave Rice.

Questions are certainly being asked: Why isn’t UNLV — once the undisputed king of college hoops in 1990 and most of 1991 — able to land a heavyweight coach, or something close to it? If Menzies’s tenure doesn’t go in the right direction, Kunzer-Murphy will endure still more criticism. She probably won’t get the chance to make the next basketball hire, to be blunt.

Yet, you’ve had bad days, weeks and months at your workplace. You know what it’s like when outside events — and other people — don’t give you the cooperation or straightforwardness you expect from them.

This has been the past month for Tina Kunzer-Murphy.

Even if her versions of events shouldn’t be trusted — and even if Mick Cronin didn’t really accept the UNLV job — there’s still a lot to be said for the claim that Kunzer-Murphy pursued good candidates and pivoted to reasonable secondary and tertiary options… and never could catch a break.

Rolling snake-eyes is rarely fun. For Tina Kunzer-Murphy, doing so in pursuit of the new basketball coach in Las Vegas had to be a particularly miserable experience.

Other people have bigger problems, yes, but spare a thought for UNLV’s athletic director today.

We’ve all been there — not in the AD’s chair, but in the position of enduring a rotten month at work.