Death is part of life, and in the death of Tom Butters last Thursday, life took another poetically powerful twist on this swiftly-tilting planet.

Think of certain people in the public square. Think of people dying on specific days or at specific times. Think of all the instances in which a death is fitting in a larger narrative context, yet still sad and a genuine loss for all loved ones.

We’ve had a number of these deaths from public figures in 2016, and Tom Butters represents the latest example.

More on Butters in a bit, but first, consider two other deaths by public figures this year. First, on Super Bowl Sunday, Sam Spence — the original musical composer who lifted NFL Films to prominence in our culture — passed away at age 88. Of all the days for Spence to die, Super Bowl Sunday was the most appropriate on the calendar. A strange sense of power and awe washed over the many people who contemplated that fact.

On Easter Sunday, Mother Angelica — founder of the EWTN Catholic broadcasting empire — died at age 92. Of all the days for her to die, Christmas and Easter stood out as the most powerful possibilities. Easter it was.

Those deaths — in their timing — resembled what it might feel like for one of our former presidents to die on Inauguration Day, or for an Irish cultural icon to die on St. Patrick’s Day, or for horror novelist Stephen King to die on Halloween (not anytime soon, we hope).

In college basketball, the most symbolically powerful time for a major public figure to die has to be Final Four weekend.

Make no mistake: Tom Butters is as significant a figure as college basketball has had in the past 40 years.

Duke fans and ACC journalists know this. The simple purpose of this piece is to make sure you know, too. 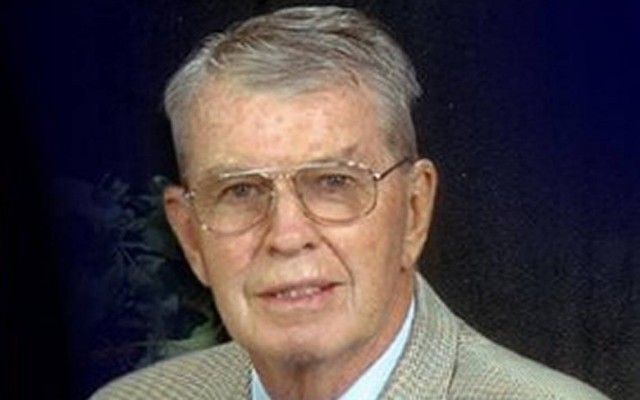 Bill E. Foster, whom Mike Krzyzewski replaced at Duke in 1980. Bill C. Foster coached Clemson to the Elite Eight in 1980, meaning that two Bill Fosters coached ACC teams to the NCAA tournament in 1980.

When Bill E. Foster (above) needed to be replaced after a 1980 season in which Duke made the NCAA tournament, Tom Butters was in the athletic director’s chair in Durham, North Carolina. Butters took over in 1977, and he watched Foster guide the Blue Devils to the 1978 Final Four. Foster, though, left Duke to take the open job at South Carolina, so before the 1980-1981 season, Butters had a vacancy to fill.

He called on a man who didn’t make the NCAAs in five seasons at Army (a program which has still never made a Big Dance to this day). Mike Krzyzewski, then just 33 years old, was a largely unproven coach.

Tom Butters took a risk that day. It’s one thing to believe in someone, but belief is preceded by initial decisions. Belief is manifested in sticking by someone when the initial decision doesn’t immediately become everything both parties hoped it would be.

Tom Butters would get to show his belief in Mike Krzyzewski soon enough.

As said above, Duke made the Big Dance in 1980, two years removed from a Final Four. Clemson, a long-starved ACC program, made its first NCAA tournament and first Elite Eight in 1980. The Tigers showed that winning could emerge in an unlikely place… and in Duke’s own conference, no less. With these events in mind, the first three years of Krzyzewski’s career in the ACC imperiled the young coach’s basketball existence.

Duke went 17-13 in Krzyzewski’s first year, and then things got worse. A 10-17 second season and an 11-17 third season gave Butters every reason in the world to fire his coach.

Drop back and punt. Acknowledge the mistake. Move on. Don’t be stubborn in defending the young coach. Allow him to learn in a smaller conference. These were all intellectually understandable justifications for firing Krzyzewski in 1983. We’ve certainly seen worse coaching firings over time. Butters could have played it safe and found a bigger name to step in.

Keep this in mind: Duke wasn’t what we know it to be today, but this was not a mediocre program. The 1978 Final Four showed how good the program could be. Previous Final Fours in the 1960s under Vic Bubas lifted the Blue Devils to a place of prominence. This was not a superpower, but it wasn’t a member of the peasant class, either. Butters had a chance — and a choice — to discard his young coach.

He stood by Krzyzewski’s side.

The Blue Devils made the round of 32 in the 1984 NCAA Tournament. Two years later, Duke stormed to the national championship game, going 37-3.

The man who had been Mike Krzyzewski became the legend named Coach K.

Mike Krzyzewski is this generation’s version of John Wooden. That’s not a throwaway line, either; it’s a very intentional one, in light of Wooden’s own history at UCLA. 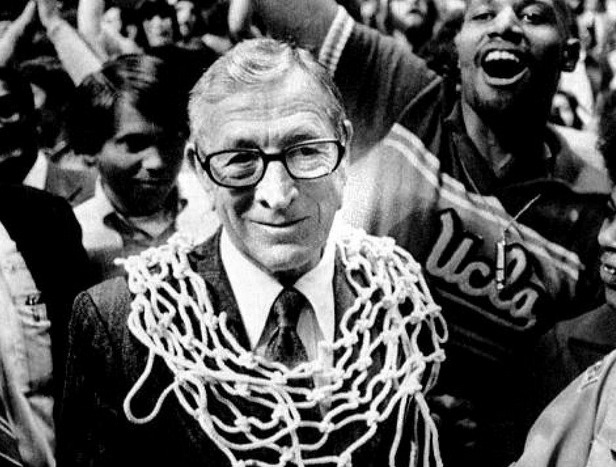 This icon made the NCAA tournament only once in a nine-year span in the earlier portion of his UCLA career. Even the very best need a little patience at the start.

It might surprise a great many fans that in the 1950s at UCLA, John Wooden was not the best coach on the West Coast. That was Pete Newell of California, who usually got the better of Wooden and beat Wooden in winning a national title and getting to the Final Four. From 1953 through 1961, Wooden made only one NCAA tournament appearance. From 1958 through 1960, Wooden didn’t win more than 16 games in a season. The Bruins, one could have legitimately said, were drifting along without substantial achievements to their credit.

The school stood by Wooden.

It reaped the rewards.

None of this should suggest that schools should let coaches coach for three or six or nine years and never fire them. Plenty of times, firings in various contexts make sense. However, each situation is its own entity; athletic directors have to sense if their coach is worthy of long-term trust. Being able to correctly make that decision sometimes leads to modest or above-average benefits for a school.

In the case of Tom Butters, Duke, and Coach K, that kind of correct decision transforms the larger run of college basketball and ACC history.

This was a man whose impact can’t be easily measured. Tom Butters, who died just before this Final Four weekend, reshaped the 12 Final Fours Mike Krzyzewski has made. By extension, he reshaped a vast portion of college basketball history.