Tubby Smith is not what one would call a “typical” hire for a program with Memphis’ stature and aspirations.

That’s a definite part of why a lot of Tiger fans didn’t immediately embrace the decision to bring him aboard (even though many certainly accepted the larger situation). When it became plain that Gregg Marshall, Buzz Williams or Archie Miller weren’t interested, Memphis probably did need to go out of the box. The Tigers could have chosen Penny Hardaway — a perfect recruiting fit but someone without any previous D-I head coaching experience. That would have been a popular move, but it would have been outside the box just the same.

Tubby represents an unconventional hire from the other end of the spectrum: not too green, but almost too familiar; not inexperienced, but rather, too commonly seen as a coach who won’t make the Final Four.

Coaches don’t often get hired at age 64 at a place such as Memphis. Consider this: Only ONE coach — ever — has been hired after turning 60 and has made a Final Four. 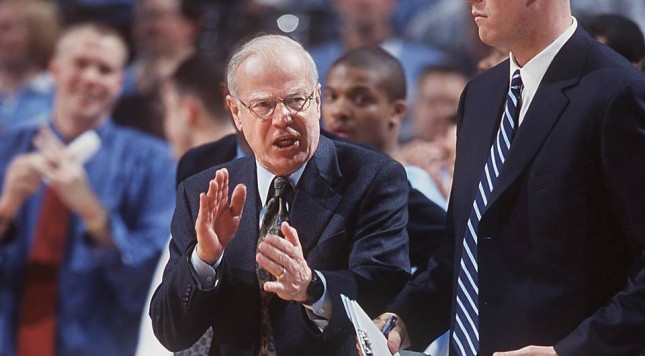 Bill Guthridge took over the North Carolina program at age 60, in 1997. He made the Final Four in 1998 and again in 2000. That situation, of course, was marked not by a firing, but by a succession plan, in which Dean Smith passed the baton to his trusted longtime friend and assistant.

Other coaches — plenty of them, in fact — make the Final Four after turning 60. Three of the coaches at the 2016 Final Four were over 60 years of age. The twist, though, is that coaches generally don’t make Final Fours after being newly hired in their 60s. Coaches as old as or older than Tubby (64) won’t ordinarily take the nomadic route (Larry Brown of SMU is an exception in this regard), and if they do, it’s because their careers have stalled at previous stops.

Coaches 64 and older who are immensely successful at a given program will almost always ride it out until they retire. This was true with Adolph Rupp and John Wooden in the 1970s, and it’s true today. Jim Calhoun hasn’t returned to coaching. Jim Boeheim won’t coach somewhere else after Syracuse. Coach K almost surely wouldn’t coach anywhere other than Duke. Bob McKillop seems happy at Davidson.

The twist with Tubby’s career, of course, is that after several very solid seasons at Kentucky (1998-2005), his tenure in Lexington ran out of steam. If Tubby had remained at that Elite Eight level, just a break here or there from the Final Four, he might have held enough political clout to stay with the Wildcats, but when his career took that negative turn — easily the great disappointment of his otherwise impressive journey in college basketball — he became a nomad on the sunset side of age 55.

This brings us back to the original focus of this piece: Tubby to Memphis at age 64 represents an unconventional hire on a number of levels. With few coaches hitting it big when hired near or after 60 years of age, what coach offers hope to Tubby and Memphis that this hire can work out well?

Interestingly enough, it’s one of the three 60-or-older coaches at the 2016 Final Four: 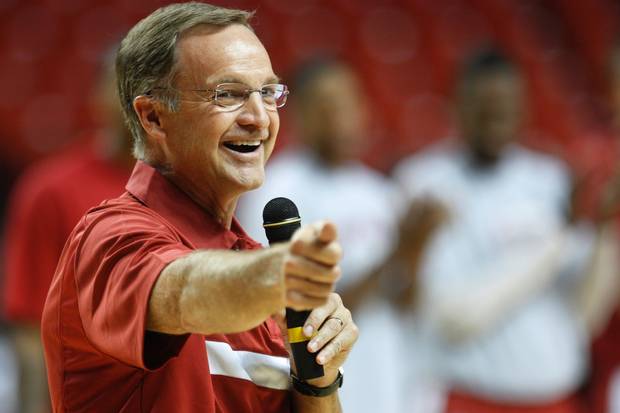 Lon Kruger was hired by Oklahoma at age 58, and didn’t coach his first game in Norman until turning 59 in 2011. Kruger was much like Smith in terms of being a nomad who fixed programs wherever he went. Fascinatingly enough, when Kruger was hired at OU, he and Smith were tied on a relatively short list of coaches (fewer than 15) who had taken four schools to the NCAA tournament. That statistic affirmed the “repairman” reputations Kruger and Smith had acquired.

How ironic is it that today, Kruger and Smith are the only men to take five schools to the NCAA tournament? The Smith-Kruger parallel really works… and we still haven’t mentioned the kicker.

When Kruger was hired, it seemed Oklahoma had hired a generally competent coach, but for a program which had come within one game of the Final Four in 2009 thanks to Blake Griffin, the hire — while certainly a stabilizing move and an upgrade over the previous coach — wasn’t particularly sexy.

That’s one connection between Kruger at OU and Tubby at Memphis.

Yet, Kruger did make the Final Four, reaching his sport’s biggest stage for a second time, 22 years after his first visit in 1994 with Florida.

Tubby, like Kruger, made his first Final Four in the 1990s with an SEC school — not Georgia (which he coached to the Sweet 16 in 1996), but Kentucky in 1998. Should Tubby make the Final Four at Memphis, he would put himself on the short list of coaches who ended massive Final Four droughts.

The longest Final Four drought for a coach — the gap between a first and second visit — belongs to Ray Meyer of DePaul, who made the event in 1943 and 1979, a span of 36 years.

In third place is Lou Henson. He coached New Mexico State to the 1970 Final Four. His next visit came 19 years later with Illinois in 1989.

It would be hard to think that Tubby has a chance of making the Final Four in year one. If that assumption is validated, Tubby would enter the 2017-2018 season in position to pass Henson for third on this broken-drought list.

The Tubby Smith-Lon Kruger comparisons are too many — almost eerie — to ignore.

Now, if Tubby can just find a Buddy Hield-level player…