1 Will Mike Riley really be able to take Nebraska to higher heights than Bo Pelini … and if not, how will the program take it?

If there was a surprising firing last offseason, it was Bo Pelini, who went 67-27 in the post and never had a single season end without the team gaining at least nine wins. Most places, you get faux canonized for that type of output. But Pelini is gone, like dumping a girl that has the house in ship shape when you get home, is cute as a button, and can cook to boot. Mike Riley will inevitably be chasing ghosts immediately, those being the 9-win standard Pelini left the program. That’s a legitimately tall order for him.

Nebraska’s schedule is manageable enough to at least chase it, with Ohio State, Michigan, and Penn State off the cross-divisional schedule and Michigan State at home … but Riley wasn’t hired to do the same thing Pelini did (we assume). The bottom line for coaches is always winning games, no matter what your personality happens to be. Win enough, people don’t care. Lose enough, people care about everything, irrationally. We won’t find out true feelings until the games start being played, but Pelini left behind a very high standard of wins and losses to live up to, and no matter what anyone says, those numbers are the ones that get you judged at the Football Pearly Gates of Fanhood in the end.

1,260 — The number of rushing yards between departed Ameer Abdullah and the next closest returning rusher.  Without question, Nebraska has the single largest individual hole to fill in replacing Abdullah, who accounted for 1,657 yards rushing and racked up over 20 yards per catch. It’s difficult to look at Mike Riley’s Oregon State teams and project how they’ll be similar to Nebraska’s, but this is a massive hole to fill … on the field and off of it.

104.83 — The 2014 pass efficiency rating for opposing QBs, good for fourth best in the nation. Riley’s Oregon State teams are known more for their offensive prowess than defensive acumen, but continuing Pelini and staff’s trend of making life hell on opposing quarterbacks will determine the ceiling for the Huskers. On the other hand, even with that great pass defense, the run defense was porous at times, so it will be interesting to see what this year’s unit looks like.

Why it matters: This sets up to be Nebraska’s toughest road game of the season, against an improved Minnesota team that stunned them last year in Lincoln. If the Huskers are to challenge for the Big Ten West crown, this one is a must-have, and it won’t be easy going up north against a team with now … similar expectations.

Why it matters: It was one of the most entertaining finishes in the Big Ten last year, when the Huskers came from impossibly down to have a late chance to win in East Lansing. Because of the way the schedule sets up, this looks like a benchmark game for the Huskers to immediately see how far they’ve come under Riley. MSU figures to be a top 15-style outfit, and while it will have an impact on the Big Ten West race, it might tell us more about where Nebraska is headed in the short term on a national level.

Why it matters: Miami enters the season starving to get back to the national platform it once enjoyed, much like the Huskers. For the Canes, however, this could be their last season in their current regime. This will be the Huskers’ first road test against a level of team they will need to defeat to get where they want to go, and eyes will be fixed on how the new staff handles such a task. 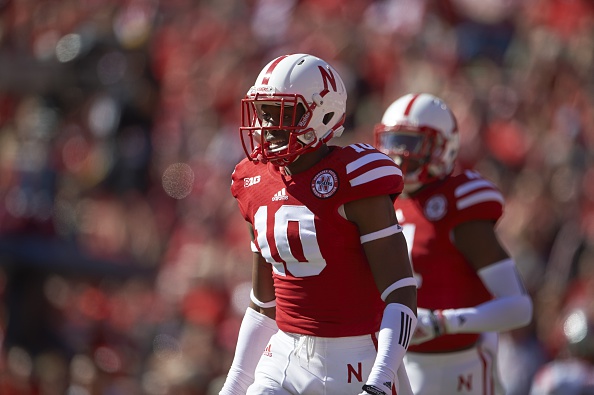 Joshua Kalu, CB – Kalu played in all 13 games as a freshman last year, and figures to be a key contributor in a secondary that … as aforementioned … wasn’t all that bad against the pass for as sketchy as the defense was at times. He’s a larger corner and will likely be thrust into a starting role with an ability to expand upon a solid first year at this level.

Greg McMullan, DE – The defensive line is a mystery, and mostly was a myth against the run last year. That was with Randy Gregory. Since he’s gone, someone will need to step up on the pass rushing arm of things, let alone against the run, where Gregory’s talent never helped stabilize that part of the defense. McMullan is the next best guess to try to take over Gregory’s pain-in-the-butt role for opposing teams, logging seven tackles for loss and four sacks in 2014.

Jordan Westerkamp, WR – Kenny Bell is gone, but Westerkamp, in 20 fewer targets than Bell last year, logged 747 yards to Bell’s 790. He has surer hands but less breakaway speed. Still, Mike Riley’s teams at Oregon State always seemed to have excellent receivers that were put in the best positions possible to succeed so long as they didn’t drop the ball. If there’s one guy you can expect to exceed expectations under this new regime, it’s this guy.

Terrell Newby, RB – Once a highly recruited running back, Newby enters his third playing year at Nebraska in a platoon situation trying to replace Abdullah. Riley’s offenses have always been short-pass heavy, and that’s a deviation from the Pelini offenses that saw only mild use of running backs as pass catchers. Newby should get his shot to shine this year, so I suppose he should try and take said shot.

The Huskers will go into Coral Gables and get clipped, causing folks across the nation to immediately (and too soon) wonder if the Huskers made the right decision to let Pelini go rather than acknowledge an improving Miami team. The loss will spark as a motivator for Nebraska going forward.

This new staff sets up great for the sure-handed Westerkamp, a guy who’s a great route runner and a guy that catches the ball in when you throw it to him. Riley’s Oregon State offenses were able to accentuate the wide receivers probably beyond their talent level year in and out, and JW figures to be the main beneficiary of that this year.

3. The defense will improve in spite of losing Randy Gregory.

Common logic suggests losing a defensive coach for a more offensively prolific one means the defense will suffer. So I suppose this is bold, in some perverse way. Mark Banker has been a mixed bag as a defensive coordinator, but injuries last year at OSU didn’t really give a good picture of what he can do. This unit will improve enough to keep Nebraska from falling into the big play pitfalls the 2014 version did too often.

I suppose it shows how much I suck at this stuff that we’re almost done with the column before I mention the quarterback, but here we are. Sorry. Armstrong posted a hideous 53-percent completion rating last year, but that will improve in spades with Riley’s short passing game predicated on easy throws that need to be accurate rather than endless heaves down the field. That’s all a quarterback can ask for.

Whether or not this prediction comes with nine or more wins, I don’t know, but it doesn’t matter when you play for the conference championship. With Wisconsin at home, Michigan State the only Big Ten East contender on the schedule — and in Lincoln too — it figures that the Huskers have the artificial advantages to get it done. A much more efficient and spread-out offense and just enough improvement on defense will get Nebraska to the conference title game for the second time since the Huskers came out this way.