Back in early September the University of Cincinnati announced it will be wearing a specially-designed uniforms for the homecoming game this weekend against UConn. The design, courtesy of brand new apparel partner Under Armour, honors newly renovated Nippert Stadium. That’s right. We have a specially-designed uniform specifically to honor a football stadium. The idea sounds a little silly when you hear it out loud, but there is nothing silly about how this one looks.

Let’s have a closer look. 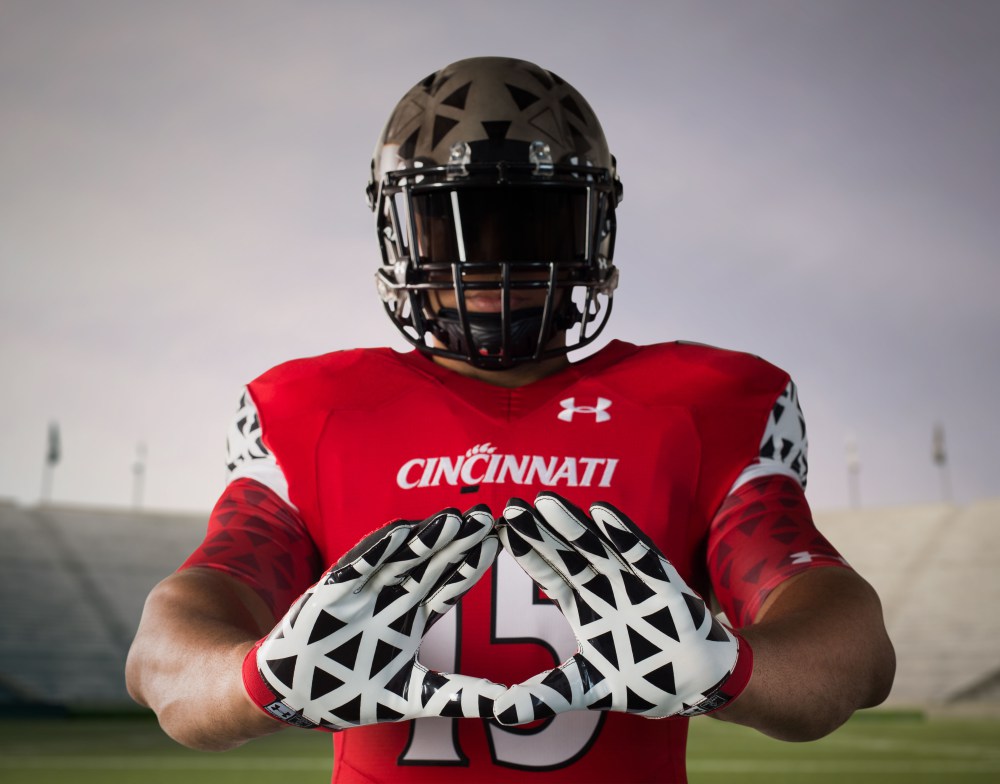 Right away you can see the uniform provides a special homage to the unique construction of the Richard Linders Center. The central home for all of Cincinnati’s athletics program features a distinct architecture pattern that can seen prominently from inside Nippert Stadium just next to the east side of the stadium. The triangle pattern is all over the outside wall of the building, and that is the foundation for the design elements seen on this special Cincinnati uniform, including the gloves. You can also see this pattern used on the sleeves, shoulders and the helmet. For a one-off uniform, this is a nice touch to the university’s growth in athletics over the years, which has included a move from Conference USA into the Big East and now the American Athletic Conference.

The rest of the jersey itself is pretty straight forward. The Bearcats suit up in their red uniforms instead of black (although I would be interested in seeing this design placed on a black uniform). Let’s take  a look at the back of the helmet… 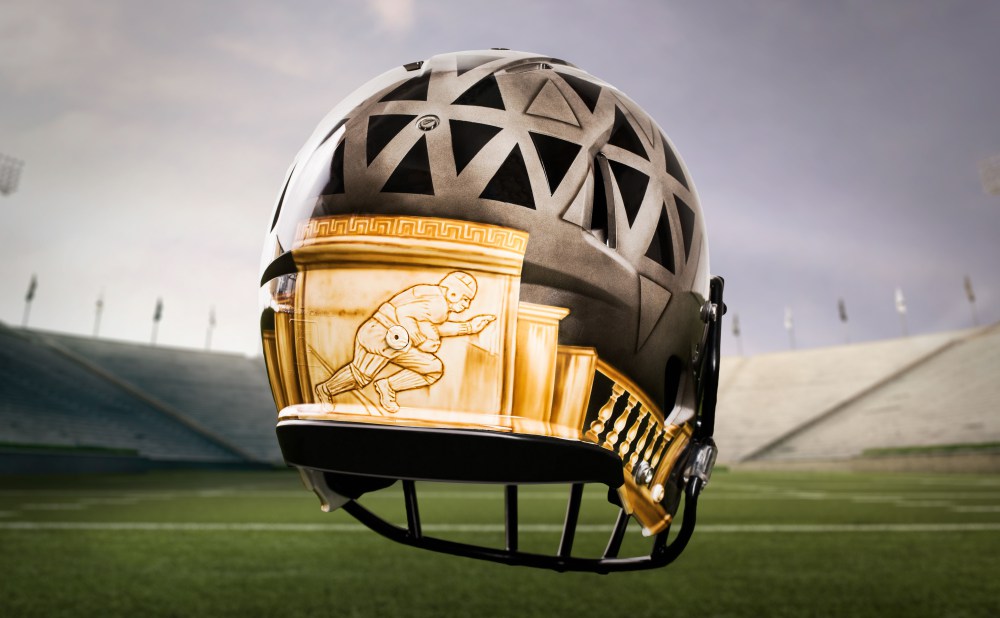 This is another nice nod to the history of Nippert Stadium. Inside the football stadium you can find this memorial structure made of granite looking over the field from the north end zone. It was Nippert’s grandfather, James Gamble, who donated $250,000 to the university in 1923 to help fund the final stages of construction of Nippert Stadium, a project that commenced in 1915 on the site of the field Cincinnati had been playing games since the late 19th century. Nippert passed away on Christmas day in 1923 as a result of a football-related injury suffered in a Thanksgiving game against Miami Ohio. A cleat slit the center’s leg during the game, played in rainy conditions. The severity of the injury was not known until after the game. Nippert’s cut developed an infection that medicine at the time simply could not control. This is a reminder of just how far we have come both on and off the field.

Nippert Stadium recently upgraded and renovated Nippert Stadium by closing the facility down for the 2014 season. The doors opened once again this fall and Cincinnati is hoping for a good homecoming crowd to come out and see the new look of the stadium, as well as the special uniforms.

Overall, it looks like Cincinnati and Under Armour did a nice job with this special occasion.