Each year after the NFL Draft is completed, a second miniature wave of free agency rolls through the league. In fact, it’s already underway with Jamaal Charles joining the Denver Broncos, Shareece Wright joining the Buffalo Bills and Bradley Sowell joining the Chicago Bears.

But as teams continue to analyze their rosters post-draft, expect more moves to trickle in with several players still available on the market who can help teams and fill key roles for certain teams.

Here are the top free agents who should be receiving plenty of attention as summer approaches.

2. DE Devin Taylor: Only a year removed from a seven-sack season as a backup with the Lions, the 2013 fourth-round pick started all 16 games for Detroit in 2016. He’ll be signed by some team which didn’t grab that extra pass-rusher in the draft. 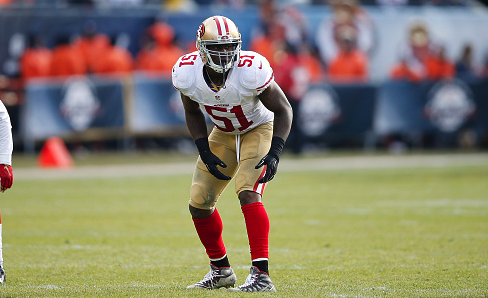 3. LB Gerald Hodges: I have no idea why teams keep letting Hodges get away, but the 26-year-old had three sacks, two picks and 52 solo tackles in a breakout 2016 season with San Francisco and should be able to compete for a starting job somewhere.

4. DT Jared Odrick: The 29-year-old former first-round pick has had an up-and-down pro career, but he did put together a highly-rated 2014 season with the Dolphins before recording 5.5 sacks with the 2015 Jaguars. Sure, he’s coming off a season derailed by an elbow injury, but when healthy he’s good enough to play a key role. He was connected to the Giants after they lost Johnathan Hankins, but nothing has transpired yet.

5. C Nick Mangold: He’s 33 and coming off a rough season that was made worse by a nagging ankle injury, but Mangold is still a seven-time Pro Bowler who could bring valuable experience to an offensive line in need of it.

6. WR Michael Floyd: Off-the-field concerns might be a factor, but somebody has to give a shot to a talented 27-year-old with three 800-yard campaigns under his belt.

7. WR Anquan Boldin: He might be 36, but Boldin is super-reliable. The three-time Pro Bowler caught 70.5 percent of the passes thrown his way as a regular starter in 2016.

8. G Austin Pasztor: The 26-year-old did an OK job as the Browns’ regular right tackle last season. Surprised somebody hasn’t taken a flier and moved him inside. 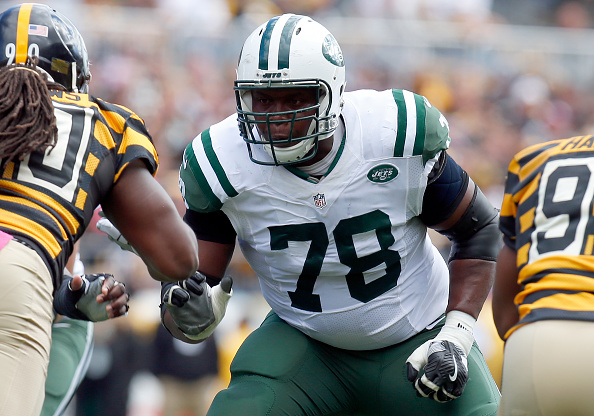 9. OT Ryan Clady: Weird that a 30-year-old two-time first-team All-Pro is available, but Clady hasn’t played much football the last couple years. He should get a shot somewhere as a swing tackle.

10. QB Colin Kaepernick: Once he accepts that he’s a backup-caliber quarterback, he’ll sign somewhere and be one of the best QB2s in the league.