I recall sitting with a few coworkers in the newsroom at The Score Television Network in Toronto, 10 years ago this spring, and gawking at the New England Patriots depth chart online. Somebody pulled it up and called us over to his workstation in order to broadly establish his point.

The Patriots didn’t look like a team that could lose, he shouted. And none of us could disagree.

The Pats were coming off a first-place, 12-win season. But they had refueled by adding Randy Moss, Wes Welker, and Donté Stallworth on offense as well as reigning first-team All-Pro linebacker Adalius Thomas on defense.

A good team wasn’t satisfied. Instead, it got better by trading for Moss, stealing Welker — a restricted free agent — away from the division rival Miami Dolphins and signing several key cogs in free agency.

The Patriots did lose that year, but not until February. They won all 16 regular-season games — 12 of them by double-digit margins — and beat the Jacksonville Jaguars and San Diego Chargers in the playoffs before falling in historic fashion to the New York Giants in Super Bowl XLII.

Ten years later, I’m looking at the Patriots depth chart and I’m getting the same feeling I had in that now-defunct television newsroom.

What’s crazy is the 2016 Patriots were a lot better than the 2006 Patriots. The 2016 team went 14-2, of course, and won the Super Bowl. After quarterback Tom Brady returned from suspension, they went 14-1 (including playoffs). The only loss came by a single score against the Seattle Seahawks in a game which the Pats led in the fourth quarter.

And now, the 2017 Patriots have refueled in similar fashion.

They again traded for a superstar deep-threat receiver (Brandin Cooks, who has gone over 1,100 yards while scoring at least eight touchdowns in each of his past two seasons). They again signed an intriguing restricted free agent away from a division rival (Mike Gillislee, who led all qualified running backs with a 5.7 yards-per-attempt average while with the Buffalo Bills last year). And they again were wheeling and dealing beyond that on the trade and free-agent markets, bringing in potential key cogs Stephon Gilmore, Kony Ealy, Dwayne Allen and Rex Burkhead in the spring. 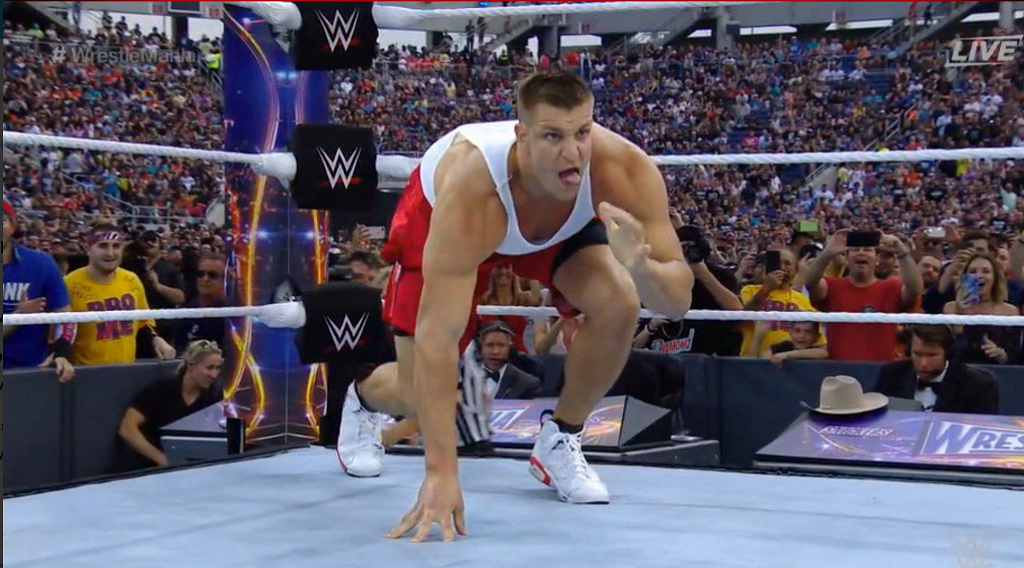 Let’s not forget that in addition to that, all-galaxy tight end Rob Gronkowski is “good to go” after missing more than half of the 2016 season — including New England’s Super Bowl run — due to injury.

Full season for Brady, who will have a healthy Gronkowski along with newbies Cooks, Allen, Gillislee and Burkhead to work with? This is a team that already had Julian Edelman, Danny Amendola, Chris Hogan, an offensive line that — according to Pro Football Focus — was responsible for fewer sacks than all but three units in football last season, and a defense that should be just as good (if not better) after surrendering a league-low 15.6 points per game last season.

I know, I know. Any given Sunday. The Patriots are liable to have a bad day at the office, and all it takes is one to destroy the pursuit of a perfect season. But this team looks stronger than the one that should have gone 19-0 in 2007.

Check out that depth chart. Look at that schedule. They could have trouble in Tampa, Denver, Oakland, Miami and Pittsburgh, but they should cruise in every other game and there’s no reason they can’t go 5-0 in those road matchups. They’re favored in all of them.

You know they’ll be inspired to do it. Tell me they can’t.