Before NFL organized team activities get underway throughout the league and we start previewing training camps, along with the upcoming 2017 season broadly, let’s take a look back at the 2017 NFL Draft one last time from a numbers-based perspective.

Here are six trends worth noting from one of the most intriguing draft classes in recent memory:

Offense early: 58 percent of top-10 picks dating back to 1999 have been offensive players. And during that 19-draft span, we’ve never seen three defensive picks in the top four. That latter trend continued this year, while seven of the top 10 players selected came from the offensive side of the ball. 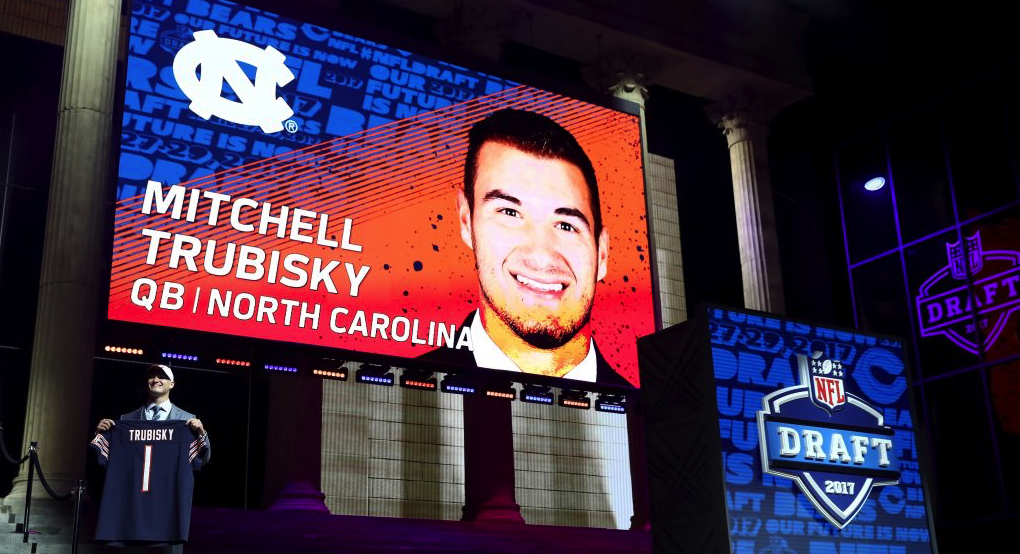 Quarterbacks early: Three quarterbacks were taken in the top 12, marking the third consecutive year and the fifth draft in the last seven in which at least two signal callers came off the board that early. That happened just 20 times in the previous 45 drafts, dating back to the start of the Super Bowl era.

More love for running backs: Two backs — Leonard Fournette and Christian McCaffrey — were drafted in the top eight, marking the first time that’s happened since 2005. In fact, prior to this year, only two backs — Ezekiel Elliott in 2016 and Trent Richardon in 2012 — had been selected in the top eight in the previous eight drafts. But with Elliott and Todd Gurley both going in the top 10 in recent years, backs are starting to receive more love early.

And then there were four: With the Chiefs trading up to take Patrick Mahomes in Round 1, there are only four teams that still haven’t drafted a quarterback in Round 1 this century. The Cowboys haven’t done so since taking Troy Aikman with the top pick in 1989 and the Saints haven’t done so since taking Archie Manning second overall in 1971. New England and Seattle picked Drew Bledsoe and Rick Mirer 1-2 in 1993, but neither has drafted a signal-caller in the first round since.

In that span, the Browns, Broncos, Jaguars, Titans and Redskins have all used three first-round picks to address the quarterback position.