With the majority of the best available players long gone from the open market, here’s a look at the best deals NFL teams made with their free agent signings over the past week.

Whitworth was an All-Pro in 2015 and a Pro Bowler with the third-best PFF rating at the tackle position in 2016, and yet he signed for less guaranteed money than four other offensive tackles on the market. That might be related to his age (he turned 35 in December), but the guy hasn’t missed a start since 2013.

His presence should be invaluable for young potential franchise quarterback Jared Goff. At that price and with that limited commitment, this was a no-brainer.

Martellus Bennett is 6’6″ and 275 and he can still do this to you pic.twitter.com/XBHJ5qOGAe

A short-term commitment with only $7.2 million guaranteed to a tight end coming off a 701-yard, seven-touchdown season with the Super Bowl champions? Bennett was lights-out in place of Rob Gronkowski down the stretch in New England, catching 75.3 percent of the passes thrown his way.

And he only just turned 30. It’s ridiculous that 11 other tight ends are still better paid than the four-time 600-yard receiver.

The 2013 second-round pick is only 25 and coming off a breakout season with the Arizona Cardinals. He’s a versatile ballhawk who can also rush the passer, shut down the run and contribute in coverage.

He has a very bright future, which is why it’s crazy that 27 other safeties are still getting more money than he is. 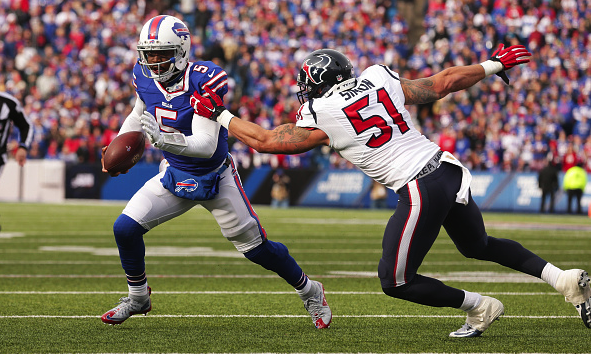 Yeah, he’s been surrounded by great defensive teammates. But when he’s been healthy and on the field, Simon’s been one of the most underrated all-around outside linebackers in the game the last couple years. He has 8.5 sacks despite starting just 12 games since the start of 2015, and he’s even better in run defense.

At the age of 26, Simon is an absolute steal at only $4.5 million a year, especially for a team looking for rushers like the Colts are.

The Eagles somehow add a Pro Bowl-caliber receiver with no strings attached beyond 2017, which is extremely rare. Right place, right time, because it appears Jeffery is betting on himself.

The former second-round pick was hampered by injuries in 2015 and had his 2016 campaign tarnished by a four-game suspension. But he had 2,554 yards and 17 touchdowns in a two-season span before that, earning a Pro Bowl nod in 2013. Jeffery is only 27 and remains driven without a big contract, so this is a dream scenario for a receiver-needy Eagles team. 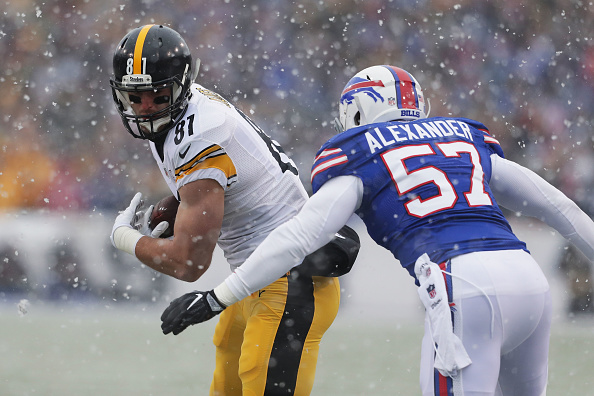 The Bills might have gotten Alexander back at a favorable rate because he’ll be 34 this summer. But before breaking out in 2016, the veteran had just 16 career starts under his belt in nine years. So there’s probably plenty of tread on those tires. And we’re still talking about a guy who ranked third in the NFL with 12.5 sacks in 2016.

The cap-strapped Chiefs look as though they’re going to lose nimble big man Dontari Poe, but Logan is one hell of a replacement for that price. A starter for much of the last four years in Philadelphia, the 27-year-old former third-round pick was graded by PFF as one of the best defensive tackles in the league in 2015.

Ready for more of this, @Redskins fans?@TerrellePryor goes up ? for the catch ? pic.twitter.com/zvlRjxnBqz

The Eagles got lucky by landing Jeffery in a prove-it year, while their division rival was also lucky when the Cleveland Browns let Pryor walk. It was a wonky year for the receiver market, with Pryor slipping through the cracks.

Maybe front offices didn’t want to pay up for a guy with just one season as a regular receiver on his résumé, but this is a pretty sweet deal for a Washington team that lost its top two receivers earlier in free agency. That’s peanuts for a 27-year-old coming off a 1,000-yard season in his first year at that position.

The 2013 offensive rookie of the year has had trouble staying in shape and is reportedly a ridiculous 267 pounds at the moment, but this is a smart gamble on an extremely talented player who has the makings of a workhorse back.

Lacy’s still only 26, and he was averaging 5.1 yards per carry early in 2016 before a foot injury ended his season. If he can pick up where he left off in 2016, he could quickly become a steal at that price.