In the NFL, it’s almost silly how often and how quickly teams jump from the basement to the penthouse. About half of the playoff field turns over every year, and at least one team has jumped from dead last to first place in its division in 13 of the last 14 seasons.

The Cleveland Browns have sucked in a special way in recent years. They haven’t won a playoff game since 1994, haven’t played in one since 2002 and they haven’t won their division since it was called the AFC Central in 1989.

But might the Browns become the next team to quickly go from 1-15 to contender? 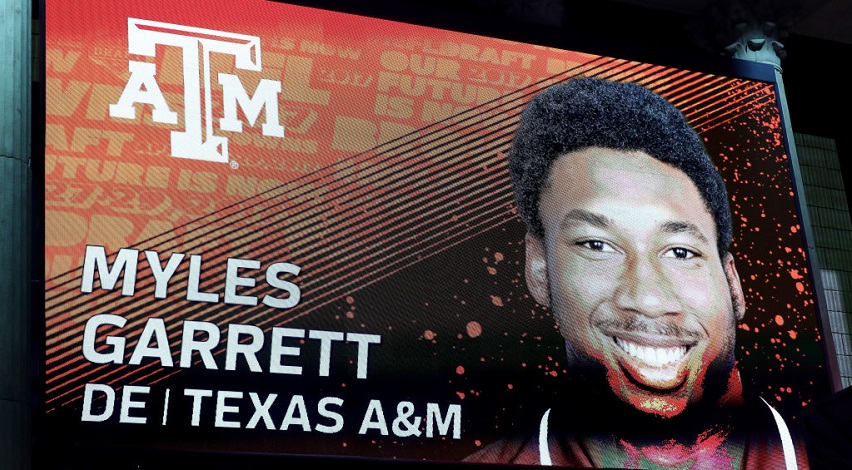 Cleveland isn’t making a Super Bowl run in 2017, but I think one thing has to be made very clear.

The Browns are good.

Yes, a team that has lost 32 of its last 36 games isn’t “better than their record” or “on the verge of being OK.” They aren’t simply “no longer a laughingstock.”

Winning the offseason rarely amounts to much, but when you’re returning from rock-bottom and you not only win but freakin’ dominate the offseason, you have a chance to capitalize on a last-place schedule in a so-so division and become respectable a lot faster than most expect.

The Browns now have…

Now, there’s no mention of a quarterback. But with veteran Brock Osweiler and second-round rookie DeShone Kizer working with second-year third-rounder Cody Kessler, Cleveland’s quarterback depth chart is looking stronger and deeper now than it has in years.

We could at least have a strong competition on our hands, which increases the odds that someone emerges and becomes an asset rather than a liability. It’ll help having a much better line, much better weapons and a better running game than most Browns quarterbacks have had in the past.

That D wasn’t good last year but after surrendering 25-plus points in each of the first 10 games of the season, the Browns gave up 24 or fewer in three of their last six. Shelton, Taylor and 2014 third-round linebacker Chris Kirksey are improving quickly, and throwing Garrett and Peppers in there for Collins’ first full season in brown, white and orange should give that D a chance to at least rank in the middle of the pack.

It’s easy to point and laugh at the lowly Browns. It’s easy to see that 1-15 record and think about all of the struggles they’ve encountered since, like, literally the 1960s, and write them off again. But look at the depth chart. Actually focus on it for a few moments, and consider that they’re due in a league that basks in parity.

Truly think about the Browns while ignoring the anti-hype and you’ll realize that, at this very moment, they actually look kind of good.

And they’re only going to get better.