With the majority of the best available players long gone from the open market, here’s a look at the worst contracts NFL teams handed out in their free agent signings over the past week.

The most guaranteed money in free agency this year went to a five-year veteran who’s never been named to a Pro Bowl (except as a replacement) and is coming off a so-so season. That’s weird enough, but it’s even weirder that Gilmore got that money from a New England team that already had a shutdown corner in Malcolm Butler.

Only three cornerbacks have contracts with more guaranteed money than Gilmore, who in 2016 was ranked by PFF as the 60th-best qualified player in the league at that position. He’s not bad, but he’s not worth anything close to that. 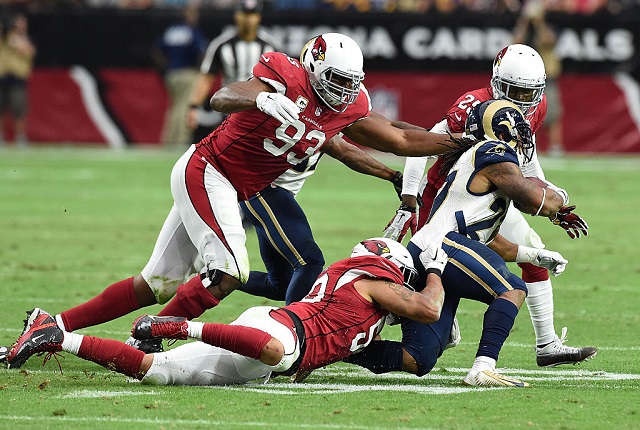 Campbell was a Pro Bowler in 2014 and 2015. He’s a superb pass-rusher and a stout run defender, and he’s missed just two games in the last four years. Still, he’s got 120 career starts under his belt and he’ll turn 31 before he starts another one.

How much gas does the guy have left in his tank? Probably not enough to justify a $15 million salary over the next four years, with half of that money guaranteed.

I want to believe that the Panthers didn’t just do this because Kalil’s brother, Ryan, is their starting center. But I can’t wrap my head around why they’d give him that kind of money.

I know they haven’t had a half-decent left tackle since Jordan Gross retired after the 2013 season, but still — $11 million a year with $25 million guaranteed over the next half-decade? To a guy who is by all indications a bust? The 2012 No. 4 overall pick surrendered 18 sacks and took 22 penalties as one of the lowest-graded offensive tackles in the league in 2014 and 2015, before missing most of the 2016 campaign due to a hip injury.

Andrew Whitworth was a Pro Bowler in each of the last two seasons, and he signed elsewhere for $10 million less in guaranteed money. This just doesn’t make sense. But hey, at least the Kalil brothers will be reunited!

I don’t hate this contract because the Ravens had little choice but to stop the bleeding early in free agency by re-signing Williams. Still, it’s silly that the 28-year-old received the second-largest guarantee in this year’s free agent class despite the fact he’s never been to a Pro Bowl and was graded by PFF as only the ninth-best defensive player on his team last season.

Teams just lost their minds with offensive tackles not named Whitworth this year. Okung was kicked to the curb for the second consecutive offseason after another bad year — he hasn’t had a good one since 2012 — and yet the soon-to-be 30-year-old somehow landed the fourth-largest salary in this year’s free agent class.

I’m honestly surprised this guy is still in the NFL. That he’s now one of the 10 highest-paid players at his position is just baffling.

Yes, Malcolm Smith — that dude who won Super Bowl MVP in 2013 after a half-decent campaign as a role player and hasn’t really done anything since — is still in the league. He’s about to turn 28 and is coming off three consecutive poor seasons, the last two of which came as an in-over-his-head starter in Oakland.

But that didn’t stop the new regime in San Francisco from giving Smith a comical $11.5 million guaranteed.

For some perspective, consider that Terrell Suggs, Julius Peppers, Vontaze Burfict and Lorenzo Alexander (who had 12.5 sacks last season) will all make less than Smith in 2017.

A sixth-round pick in 2013, McGee has just three career sacks in only 18 starts. He has just one decent season (2016) under his belt, and even that was derailed by injuries. I have no idea what drove the Redskins to give him more money than more accomplished defenders Alexander, John Simon, Quintin Demps, D.J. Swearinger and Captain Munnerlyn got elsewhere. 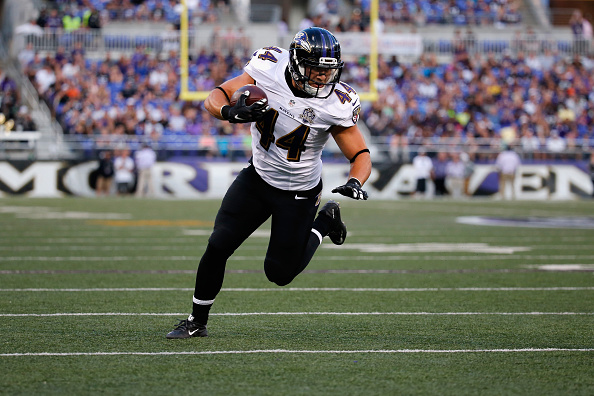 Juszczyk is coming off a Pro Bowl season. He’s a top-notch blocker and has shown potential as a runner and receiver. Still, he has just seven rushing attempts and six total touchdowns in his four-year career, and his receiving numbers declined in 2016.

So there’s no way that contract isn’t bad. Not only does it make Juszczyk the highest-paid fullback in NFL history, but he’s now paid more than twice as much as any active player at that position. In fact, only eight running backs are scheduled to make more than him in 2017. It’s just too much money, even for a team with too much to spend.

Man, the Redskins must have been desperate to replace Chris Baker, because McClain has never proven to be anything close to a starting-caliber player. And he’s usually been pretty bad when tasked with playing a situational role. I think he’s replacement-level at best, which makes that $10.5 million guarantee laughable.