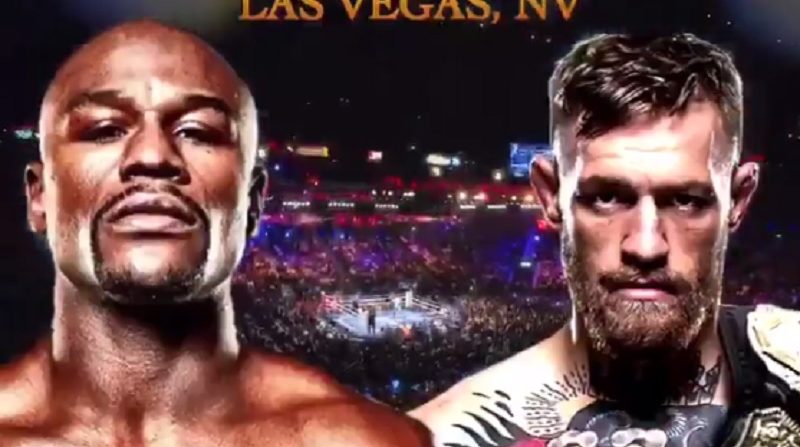 When the dream fight between boxing icon Floyds Mayweather and MMA legend Connor McGregor finally came together, fans of both boxing and MMA knew they were going to have to save up a few bucks in order to watch the highly-anticipated bout. Now that we know just how much this upcoming bout will cost, Dana White believes there is a good chance Mayweather-McGregor will set pay-per-view records.

The cost for viewing the Mayweather-McGregor fight will be based on whether you want to watch in the standard definition of high definition. The regular feed will cost just under $90, and the HD broadcast will come in just under $100.

The @FloydMayweather @TheNotoriousMMA pay per view price will be $89.95 — same as the Pacquiao fight – $10 more for HD.

Because this unique match is bringing together two audiences (boxing and MMA) it makes sense the potential draw at the box office will reach new heights, especially at a time when interest in MMA is on the rise and boxing continues to bring in big numbers in PPV income, even if the sport is supposedly fading. To drive that point home, Dana White says the Mayweather-McGregor fight has already surpassed the last big overdue boxing matchup, which was Mayweather’s fight against Manny Pacquiao.

The Mayweather-Pacquiao fight brought in $4.6 million. White thinks this fight will take in $4.9 million.

We are still a month away from the fight, scheduled for August 26 in Las Vegas. Yesterday the two fighters shared the same stage for the very first time, and it was quite the heated sequence of verbal insults and jabbing we have come to expect from both. But the choice to spend that much on the fight is still ultimately yours to make. Some people will be staying away from the event entirely.

im gonna watch some dude stream it on periscope for free

Not if you find a link that's streaming it for free pic.twitter.com/ru7yJG4Dq8

Clicking an illegal link is gonna cost me $0.00

Like I'm paying $99.95 to see this fight, Periscope here I come. pic.twitter.com/giPXNS3PWN

While the number of people seeking out an online feed coming from someone’s Periscope account may also be on the rise, the basic economics in play still favor those with a vested interest in the PPV returns. Combining the audiences of boxing and MMA adds to the potential viewership by default, because it does not necessarily cross over entirely.