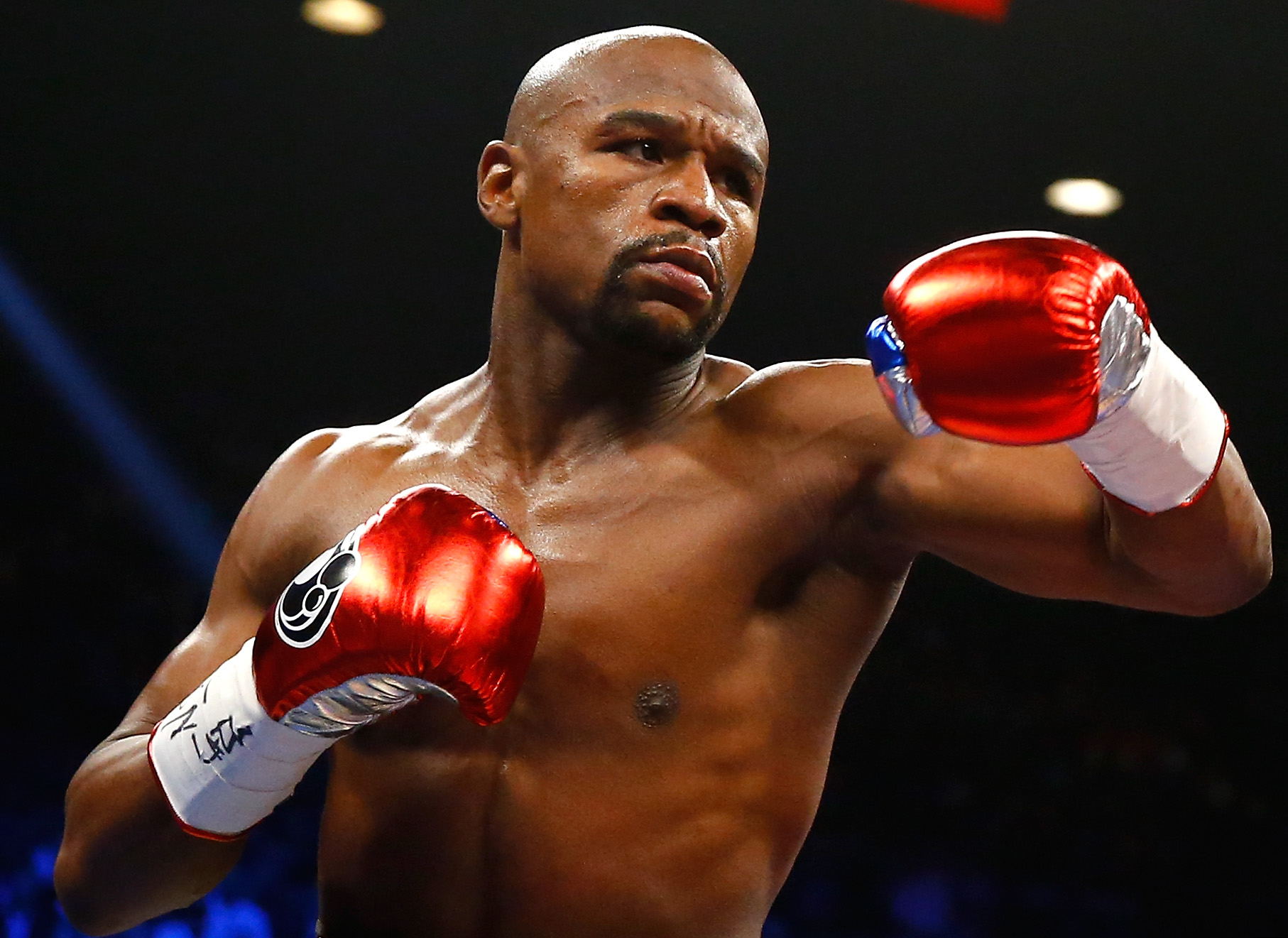 A boxer coming out of retirement? Shocker, right?

However, when said boxer is Floyd Mayweather people tend to pay attention to the words he speaks. Nearly a year removed from the “superfight” with Manny Pacquiao, Mayweather recently hinted that he may not be done inside the ropes.

Mayweather spoke to Showtime during a boxing night put on by his company Mayweather Promotions on Saturday night, and while he alluded to being happy in his current state of retirement, he didn’t exactly shut the door on a return.

Instead, he let the cat out of the bag that he was in talks with Showtime and CBS Sports about possibly putting the gloves back on and getting in the ring once again.

“Everyone is asking me, ‘Is Floyd Mayweather coming back?’ Right now, I’m happy being on this side, but I’ve been talking with CBS and Showtime, and you just never know. But right now, I’m just happy on this side.”

When pressed on what it would take to make a comeback happen, Mayweather hinted that current talks are in the nine-figure range and few could turn down that kind of money if the rest of the situation was right.

Part of the issue is finding a fighter worthy of his “comeback” fight. Many point to current middleweight champion Gennady Golovkin, but Mayweather has struggled to even get up to 154 pounds let alone the 160 pounds needed to make that fight happen.

Outside of that fight, few current boxers are really the draw needed to make a big return card happen.

After the Pacquiao fight, Mayweather fought one more time and decisioned Andre Breto in September of last year to move his record to 49-0 all-time as a professional boxer. Could getting to that elusive 50-0 number be the factor that pushes things over the edge for a Mayweather return to the ring?

It seems as if Mayweather is more than happy to collect checks as a promoter and help up-and-coming fighters also get good pay days via his Mayweather Promotions team.

However, this is boxing and the word retirement should be taken with a grain of salt.