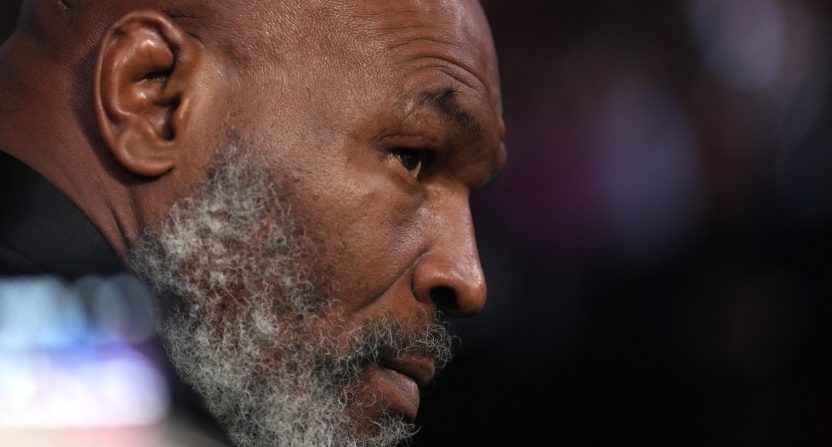 Former champion boxer Mike Tyson has transformed his image in the eyes of many since he was convicted of rape in 1992 and spent three years in prison. However, some new allegations against him could end up undoing whatever goodwill he’s gained in the years since.

According to the New York Post, a woman is suing Tyson and accusing him of violently raping her inside a limo after the two met at an Albany nightclub in the early 1990s.

The anonymous accuser is seeking $5 million in damages after having suffered “physical, psychological, and emotional injury” over the years following the impact of the incident. The affidavit doesn’t provide a specific date for the alleged attack but only that it happened in the early 1990s, which is the same time when 18-year-old beauty pageant contestant Desiree Washington accused Tyson of rape in Indianapolis.

The alleged incident happened after meeting Tyson at a club called Septembers. She says she later got into a limousine where the former heavyweight champion started touching and kissing her.

“I told him no several times and asked him to stop, but he continued to attack me,” the woman said. “He then pulled my pants off and violently raped me.”

Tyson has maintained his innocence over the years against those accusations in spite of the guilty verdict.

New York recently adopted a new law called the Adult Survivors Act, which allows sexual assault victims a one-year window to file lawsuits over attacks that happened many years ago.

The accuser says she is remaining anonymous because sharing her name publicly “would certainly pose a risk to me of further mental harm, harassment, ridicule or personal embarrassment.”