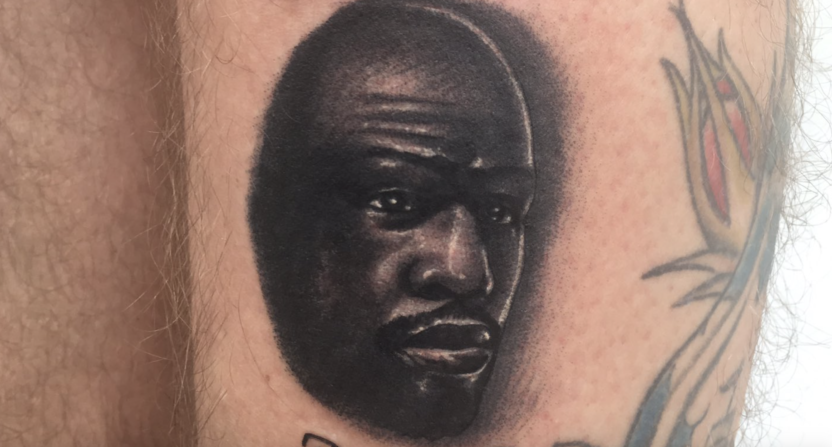 If you are going to make bets on sports, it is always advisable to be sensible with your wagers. While this typically applies to monetary wagers, the advice is especially valid for bets involving your skin getting tattooed.

After placing a bet on Conor McGregor in this past weekend’s boxing match with Floyd Mayweather, one McGregor enthusiast wound up getting Mayweather’s intimidating stare inked on his arm for all the world to see, permanently.

Grayson Gregory made a bet that McGregor would defeat the undefeated boxing champion. And being true to his word, Gregory has already paid up for losing the bet after Mayweather won in the 10th round on a TKO Saturday night, and now has Mayweather’s face plastered on his arm with the words “Wanna Bet?” sprawled across the top and bottom of the boxer’s profile.

For those of you that didn't know.. I made a tattoo bet that @TheNotoriousMMA would defeat @FloydMayweather.. Today I honored that bet. pic.twitter.com/Ap1eKPoYSz

It could have been worse, I suppose. This dude could have gotten Mayweather’s face inked on him before the fight with a 49-1 record etched below.