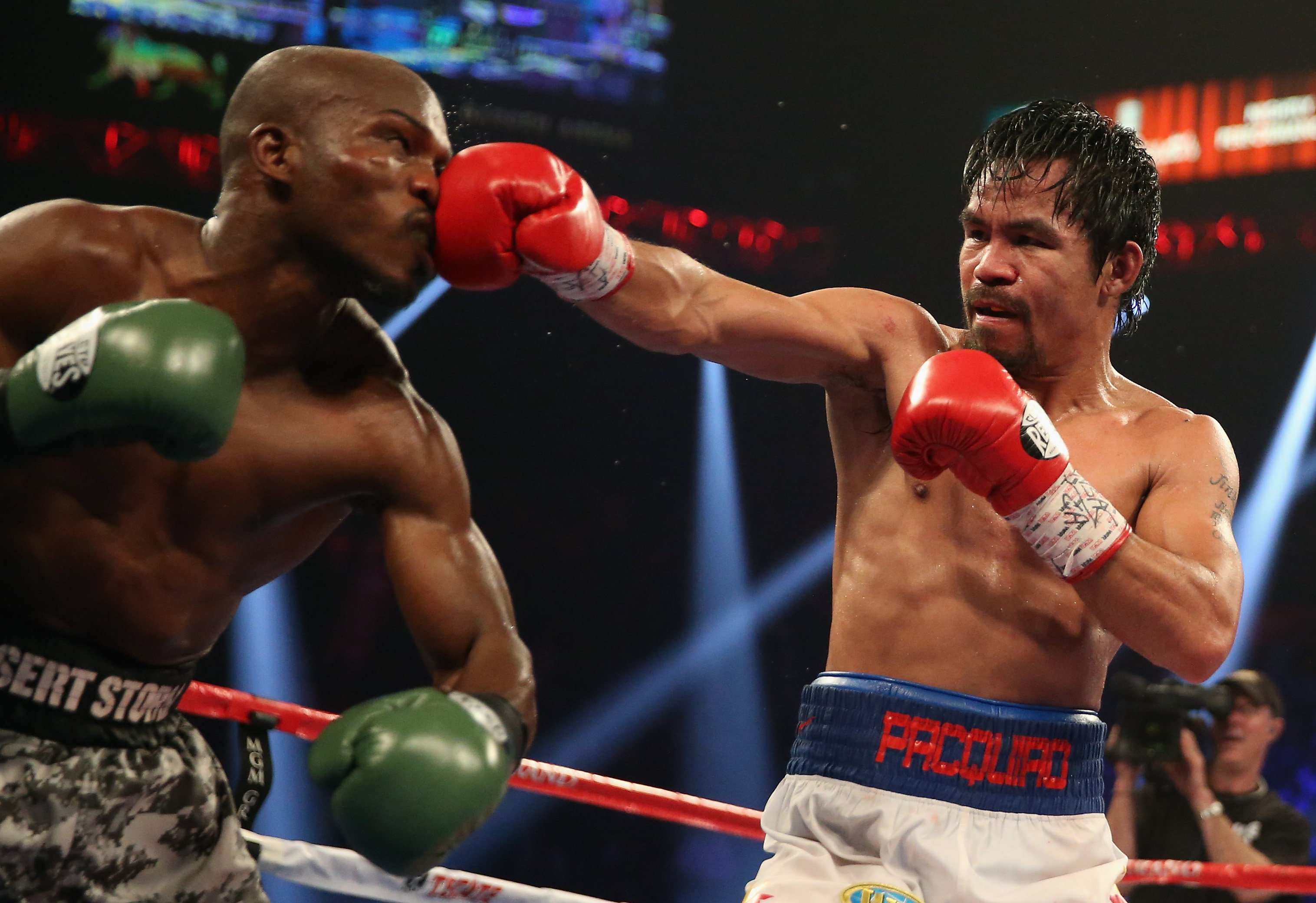 Did you know Manny Pacquiao beat Timothy Bradley Jr. on April 9 at the MGM Grand in possibly the last fight of his career? It’s okay if you didn’t because you’re apparently not alone.

According to ESPN, Top Rank promoter Bob Arum said the fight garnered between 400,000 and 500,000 HBO PPV buys, which isn’t exactly the number they were looking for.

ESPN did add, however, that people in the industry told them Arum is possibly being too optimistic. They even went as far to add the fight’s final numbers might not reach 400,000.

A fight is never paid for by the PPV numbers, but the low number of buyers surely doesn’t help. The fight according to Arum cost $24 million, $20 million for Pacquiao and $4 million to Bradley. As a result, it definitely lost money.

“Yes, it loses money,” Arum said. “It was not one of our big successes. It happens. We’re big boys. Do I feel good about it? No.”

This was the third go-around for Pacquiao and Bradley in the ring, which may have contributed to the low viewer numbers. Bradley won a split-decision, controversial victory in the first fight in 2012 and Pacquiao won the rematch in 2014. Pacquiao eventually won the third match with ease, which many people thought he would.

Arum added, however, he doesn’t think the low viewing numbers were because it was the third fight between the boxers and the last one ended without much drama. Instead, Arum told reporters he thought it was a combination of Pacquiao’s recent anti-gay comments and because fans are still upset about the quality of the Mayweather-Pacquiao fight in May.

It’s very likely the “hangover” from the Mayweather fight had something to do with it. In his supposed retirement fight against Andrew Berto in September, Mayweather’s victory was only seen by around 400,000 PPV viewers on Showtime.