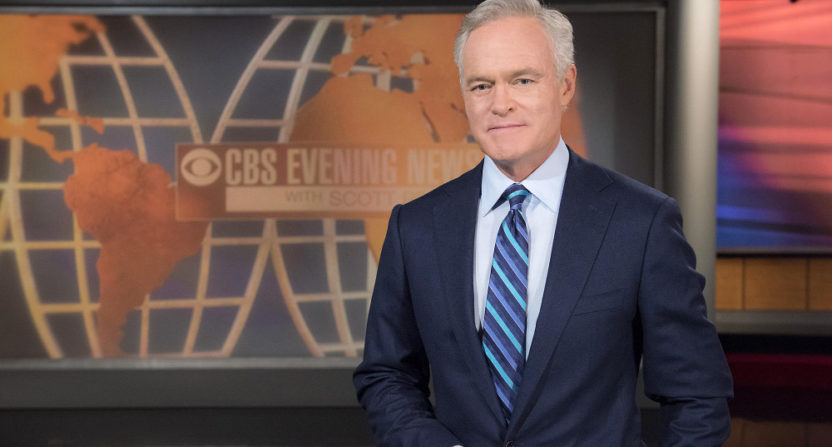 Since 2011, CBS Evening News viewers have been accustomed to watching Scott Pelley’s broadcasts of the news nearly every night. Well, starting Tuesday, viewers should expect to see someone else.

Pelley is waving goodbye to CBS Evening News and hello to 60 Minutes, according to The New York Post’s Page Six. It’s a big development in the CBS newsroom as Pelley has been working there since 1989 in various roles. While 60 Minutes will keep Pelley on CBS, its newsmagazine format makes it a very different show than the nightly CBS Evening News.

Page Six’s sources told them Pelley, or as they refer to him, ‘Poison Pelley’, had his office cleaned out Tuesday while he was on assignment for 60 Minutes, where he’ll be taking his talents to permanently. Meanwhile, CBS hasn’t commented.

One of the reported reasons why Pelley is shifting roles is because of an alleged poor relationship between him and CBS News President David Rhodes.

“[Pelley] was pushed out of the ‘Evening News.’ It’s been coming for a long time. This could have been handled better — [Pelley] is away on a story, and they’re cleaning out his office. It’s not the correct way to treat the face of CBS news,” a Page Six source said.

CBS hasn’t announced who Pelley’s replacement would be to people within CBS News, just like they haven’t even made it official that Pelley is moving to 60 Minutes permanently.

Update: CNN’s Dylan Byers has confirmed the move, adding that Pelley asked for his office to be cleaned out, and weighing in on likely replacements:

Scott Pelley is being pushed out as anchor of “CBS Evening News,” sources at CBS News confirmed to CNNMoney.

Pelley will return to CBS’ “60 Minutes” full time, a source familiar with the matter said.

Pelley is currently on assignment for “60 Minutes” and had not hosted “Evening News” for several days. Sources said Pelley personally asked to have his office cleared out on Tuesday even though he was out of town.

The departure, first reported by Page Six, had been in the works for some time, the sources said, and was due in part to the fact that Pelley was struggling to generate ratings.

…Pelley will anchor the show for an indefinite amount of time before making the move to “60 Minutes.” Anthony Mason, a CBS News Senior National Correspondent who had been filling in for Pelley while he was on assignment, is likely to host the show after that until CBS names a permanent replacement, the sources said.

This isn’t the first time Pelley’s future at CBS News has been reported by Page Six either. Back in December, they broke the story that Pelley was “on his way out” as the CBS Evening News anchor.

The 59-year-old has been a correspondent for 60 Minutes while serving as the the anchor and managing editor of CBS Evening News. One would assume based on these reports that he’ll be shifting to a larger role with 60 Minutes.

This isn’t the first recent drama at CBS News, either. Former ESPN/ABC/NBC anchor Josh Elliott surprised many, including his bosses, when he announced a move from streaming channel CBSN to CBS News on air in February, and he was then fired by Rhodes after the weekend.

Naturally, people took to Twitter to express their opinion of the Pelley news and what they think is next for him and CBS Evening News:

Too bad. I thought Pelley did a good hard news broadcast, the best on the networks. https://t.co/YOwdtwCHZw

Oh this is a brutal move by CBS. Just terrible. https://t.co/vVlJUl2ZGr

Scott Pelley is a superb journalist. He's reporting from ground zero on 9/11 was one of the reasons why I became a journo. https://t.co/mMP77a9xn1

This may force me to write up my Top 20 Moments from Scott Pelley's CBS Evening News: https://t.co/rG0Z7WFGNf

Almost guarantee Pelley is replaced by Jeff Glor, Norah O'Donnell is a wildcard. Don't see anyone from outside stepping in.

Here's what's coming up #tonight on the @CBSEveningNews with @ScottPelley. @JeffGlor is at our anchor desk.