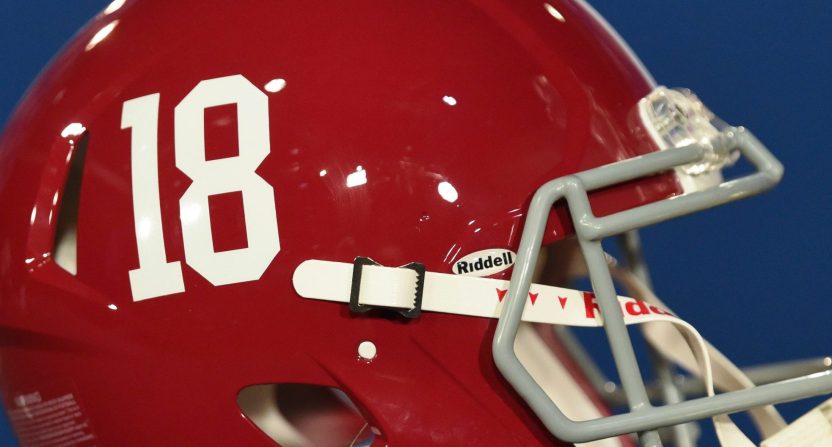 Alabama head coach Nick Saban has had over 70 players who either started or have played in the NFL over the years and he is expected to add a few more after the 2023 NFL Draft.

You can also add another thing to the head coach’s list of accomplishments: producing television and movie stars.

He helped @AlabamaFTBL win 2 national titles- today, Brandon Tyler Moore is an actor who will star tonight on @lawandordertv on @WVTM13

Brandon will join us in studio this morning at 6:40
to tell you how his acting career is going!@CarlaWVTM13 @SarahWVTM13 @AdrianWVTM13 pic.twitter.com/RXKqMJK7aa

So how does a long snapper go from football to Hollywood?

According to WVTM 13, it started when Moore came down from Cincinnati to play for Alabama. Instead of being a starter, he was more valuable on the practice team. Moore would graduate in 2017 with a degree in Consumer Science and, not too long afterward, he decided to try acting. After a few auditions, he got a gig, and he credits his success in part to the lessons that Saban instilled in him.

“I learned from Coach Saban that sometimes we have to do things we don’t want to do to succeed in life,” Moore said.

Moore eventually landed 10 lines in the TLC movie, Brides, Grooms, And Emergency Rooms, which led to other roles in bigger shows and movies.

His biggest role to date is in a new episode of Law and Order, which he appeared in on Thursday night.

“The entire episode is based on my character,” Moore said to television station WVTM out of Birmingham, AL. “The episode was shot in New York City back on Nov. 1.”

But that won’t be the last we see of him. Moore will next be seen in the big-budget movie Condors Nest and the series The Mayor of Kingstown, both can be seen towards the end of January.

“I owe so much to Coach Saban,” he says. “I’m so thankful that my dream is coming true.”