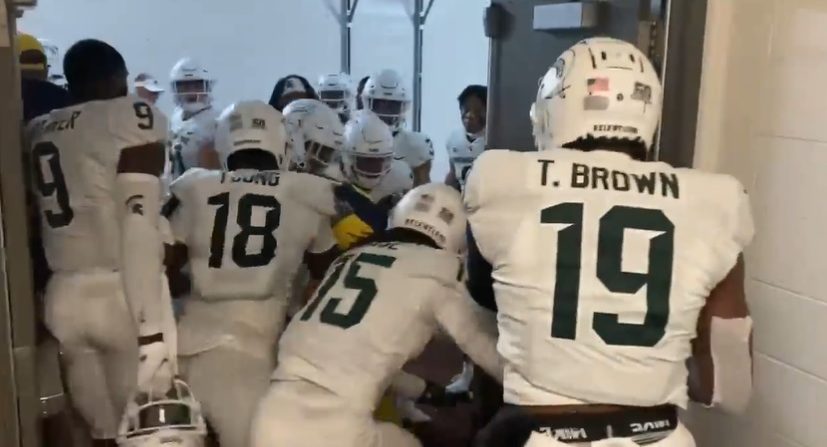 In the aftermath of the postgame tunnel incident against Michigan, seven Michigan State football players are now facing criminal charges over what happened.

BREAKING: Charges have been filed against 7 MSU football players for their involvement in the tunnel melee against Michigan players on Oct. 29

All seven of those players had been indefinitely suspended following the tunnel fight. Malcolm Jones, who was suspended as well, has not been charged with any crimes. Meanwhile, the Big Ten has not announced any discipline over the incidents, saying last week that it would wait for the prosecutor’s office to make their assessment first.

The incident in question occurred after Michigan’s 29-7 win over Michigan State on October 29. As the Spartan players were walking up the tunnel, two Wolverine players were also walking toward the locker rooms. It remains unclear how the incident started but the video showed Crump swinging his helmet at one of them. Windmon then put his helmet on and continued to engage with him. Separately, the other Michigan player was surrounded and struck by Young, Brown, and Grose. White, Wright, and Jones were also involved.