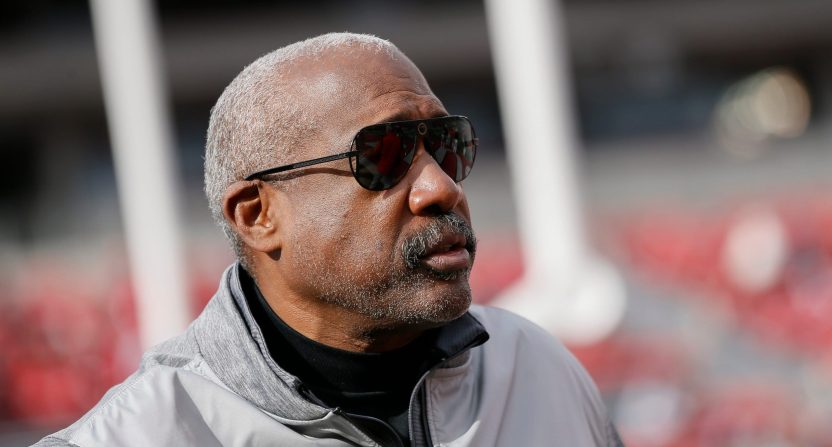 As Ohio State’s director of athletics Gene Smith goes, so goes the Big Ten. We can squabble over how true that sentiment is but if Smith doesn’t think the conference has any pressing expansion needs beyond the USC Trojans and UCLA Bruins, then it doesn’t seem likely that any other school will be added anytime soon.

On this week’s episode of The Gene Smith Podcast (bet you didn’t even know that was a thing), the longtime AD chatted with his counterpart at USC, AD Mike Bohn. As part of that conversation, Smith admitted that when it came to conference realignment and expansion, USC and UCLA were the only additions that made sense.

“There were really only two schools that really made sense for us, and it’s USC and UCLA,” said Smith. “I was really amazed by the ability to have the conversations that we have. To really, really talk through how it would work and then ultimately to make it happen with that level of confidentiality.”

Those comments feel pretty notable for a couple of reasons.

Smith: "There were really only two schools that made sense for us, and it's USC and UCLA."

If Smith isn't on board with additional expansion, it's not happening. https://t.co/1djkgubUcL

One, there’s an expectation in college football circles that the Big Ten will add more schools via expansion soon as it attempts to gain a stronghold on major media markets. Schools such as Oregon, Washington, Notre Dame, and Florida State are among those rumored at some point to be among the next dominoes to fall.

But if Smith, who oversees Ohio State football and all of the power and financial influence that it commands, doesn’t see any other schools as being worthy of consideration, it’s hard to imagine the conference moves forward without his consent. It also sounds like Smith is saying there is no larger plan in place for expansion at this time.

Two, Smith could be signaling a bit of a power play with Big Ten commissioner Kevin Warren, who recently said he envisions “perpetual and future growth” that could end with a 20-team conference. However, it’s hard to imagine that Warren can do much if Smith and his fellow ADs aren’t on board.

As always when it comes to college football and conference realignment, money ultimately talks, but for now, it seems notable that Gene Smith doesn’t seem excited about the possibility of further Big Ten expansion.