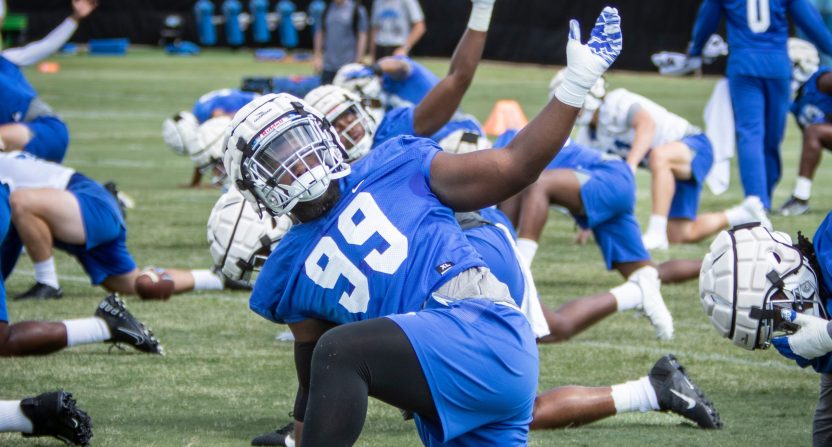 The Middle Tennessee State Blue Raiders have been a highlight machine lately.

Last weekend, the team knocked off No. 25 Miami in a big upset. Friday night, the Blue Raiders came up big again, literally, when 276-pound defensive lineman Jordan Branch intercepted a University of Texas at San Antonio pass and rumbled in for a 37-yard pick six.

Branch, a redshirt junior from Maury City, Tennessee, is officially listed as 6-foot and 276 pounds, but he sure didn’t look like it on that play.

“TOUCHDOWN! PICK 6! JORDAN BRANCH! I DON’T BELIEVE WHAT I JUST SAW,” Sam Doughton tweeted in flaming all caps as if he’d just seen a play akin to the “Immaculate Reception.” Or the infamous “Butt Punt.”

I DON'T BELIEVE WHAT I JUST SAW

We've got ourselves a ball game 👀

The best part of the play? Branch stiff-arming UTSA quarterback Frank Harris out of the way to get into the end zone.