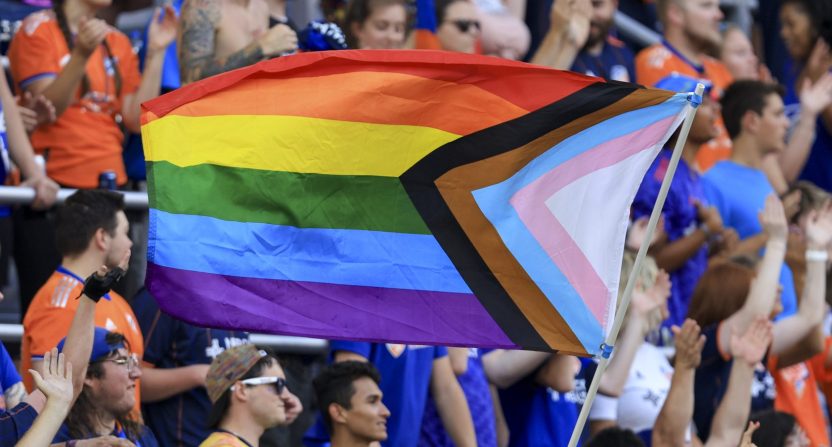 The UMass Minutemen are not off to a tremendous start to the 2022 college football season. In three games, the team has just a 1-2 record with blowout losses to both the Tulane Green Wave and the Toledo Rockets. But the shaky season isn’t going to stop them from a perfect troll attempt.

On Oct. 8 later this season, UMass is hosting the Liberty Flames – an evangelical Christian university with quite conservative beliefs regarding gender and sexuality. As a result, it looks like the Minutemen will be scheduling Pride Day for the game against Liberty.

Our game vs. Liberty on October 8 will be #PrideDay 🏳️‍🌈 ‼️

Liberty’s stance against homosexuality and the LGBTQ is widely known and reported. While the school does not explicitly forbid homosexual students from attending, Liberty was recently named as one of the worst schools in the United States for LGBTQ students and reportedly still offers conversion therapy to gay students.

Given all this information, Liberty is the perfect opponent for UMass’ Pride Day, and it feels extremely unlikely the scheduling is just a coincidence. The college football world had plenty to say about UMass’ announcement.

Once again: Cool and all, but a much better way to tweak Liberty is simply to not pay them money to come play your football team https://t.co/DouTndUXY9

crowdsourcing here bc i don't actually know… how common are NCAA pride days/nights, especially in football?

but also… against liberty? simply LOVE to see it https://t.co/imjwsQ6f8Z

UMass may not win the game on the field, but with this decision, it’s safe to say that the Minutemen certainly won the trolling battle.