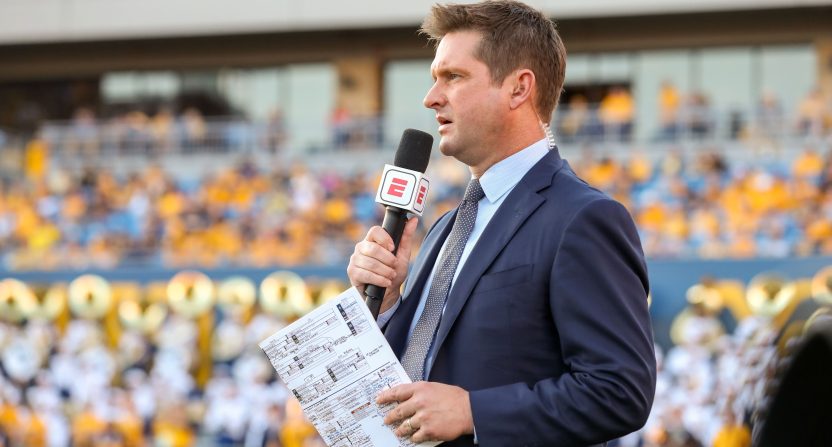 It’s never too early to talk about the 2023 NFL Draft. Before you know it, the draft will be upon us and ESPN’s Todd McShay has already begun his list of the top players in the country who will probably go in the first round of the draft.

“The first thing they (opposing coordinators) do when they’re getting ready for Alabama week, offense, their meetings they’re figuring out, ‘Okay, what are we going to do to take that guy out of the picture. We gotta make sure Will Anderson doesn’t beat us,’” McShay said, according to Saturday Down South. “I don’t think there’s a player in the country that gets more attention on the defensive side than Will Anderson does on a weekly basis, and he still has 30 pressures to this point, one of only 2 guys.”

McShay doesn’t seem to be too concerned with Anderson’s numbers being down or worried about his draft stock dropping.

“In part watching it because every week you keep telling me someone else has been on the show talking about how Will Anderson’s not the same player. I don’t see that,” McShay added. “I will give you that he has missed some sacks, he’s left some plays on the field by missing tackles and not finishing — a little bit more so than a year ago. And that’s why his sack number, tackle numbers will probably be down from a year ago, when the season ends. But he’s one of 2 players in the country with 30 pressures this year. So you’re talking about an elite level.”

McShay said earlier this year that he believes Anderson and Alabama quarterback Bryce Young could both be top 5 draft picks.