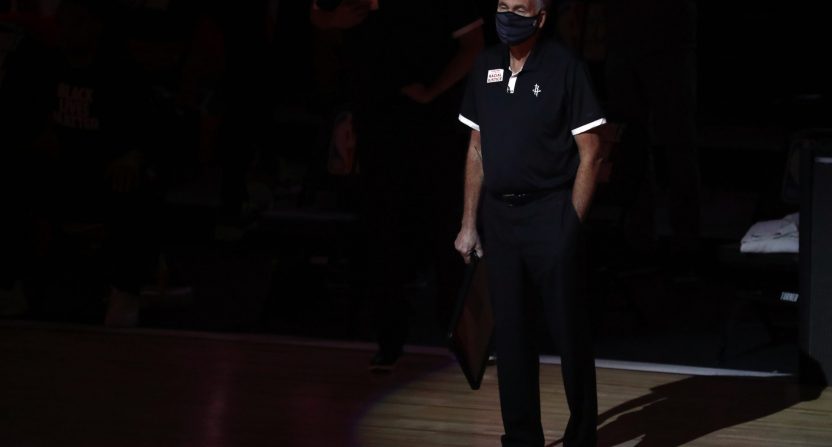 The NBA often gets lauded for its forward-thinking strategies and promotions, compared to the other U.S. pro sports league. Turns out, it might also end up getting lauded for helping make it easier to test for the coronavirus and move us one step closer to getting through this pandemic.

Per ESPN, the U.S. Food and Drug Administration (FDA) has issued emergency authorization for a saliva-based coronavirus test developed at Yale University and funded by the NBA and the National Basketball Players Association to be used on the public. SalivaDirect, as it’s known, has been designed for wide use and the cost per sample may end up being as low as around $4. However, it’s likely that the test will be priced slightly higher for consumers at around $15 to $20.

Right now, the leading coronavirus saliva test, which was developed at Rutgers and given the same FDA approval, retails for up to $150, though it’s possible to get it for around $60 in some circumstances. That test can be taken home and returned for results in one to two days.

The Yale test requires a person to dribble their saliva into a tube. The local lab that is handling the sample will have to be accredited but once they are they should be able to return results in as soon as a few hours and no longer than 24 hours after delivery.

As the NBA geared up to return to play in the Orlando bubble, they used the SalivaDirect test for players and staff and compared the results to other nasal swab tests. The results were said to be almost universal matches, per yet-to-be-published research.

“(The Yale test) loses a little bit of sensitivity, but what we gain is speed and that it should be up to 10 times cheaper,” said Nathan Grubaugh, an assistant professor of epidemiology at Yale and one of two authors on the impending saliva studies. “Through some miracle, this is working. It’s sensitive. It’s cheap. And now it’s getting approval. I’m not quite sure how we ended up here from April.”

While the NBA and NBPA contributed over $500,000 to fund Yale’s work, they do not have any intention of taking royalties on the testing method if it works.