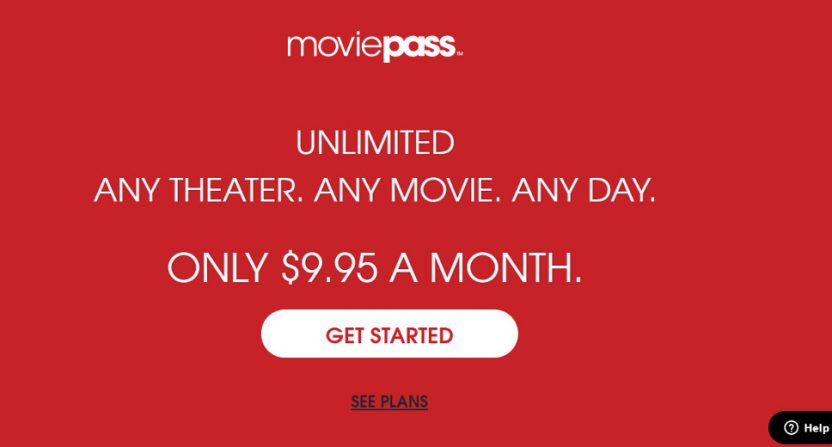 I really hope this is premature, but I fear it is not. I am worried, scared, and nervous. But what I really am is sad. After months of confusion, the day may be near. The light is shining bright at the end of the tunnel, and MoviePass appears to be on its deathbed.

If you have been living under a rock and have no idea what MoviePass is, I applaud you for reading this. I also strongly suggest you read our past coverage of the company that will soon be no longer in existence in its current form.

I have been a loyal member of the MoviePass club/group/whatever you want to call it since late January of 2018. Since I first activated my account just about six months ago, I have used the shiny red MoviePass debit card to see 14 feature films. 13 of those 14 times, my movie ticket was more expensive than my $9.95/month membership. 13 of those 14 times, I felt like I was committing a legal crime, which only exists in the movie series The Purge.

Yet here I am, sitting on my couch and not in a jail cell because for some ridiculous reason, MoviePass is (was?) legal. For a monthly fee less than the price of an average ticket at the majority of movie theaters in major cities, you could see one movie a day, 365 days a year. Now of course you couldn’t see a movie in 4D, 3D, or IMAX and most of the time couldn’t buy your ticket ahead of time, but so what? Whenever I was able to use MoviePass I got an adrenaline rush only matched by the final act in Mission: Impossible – Fallout.

It was snowing and I had a had some time off on a Thursday afternoon so I decided to take out my MoviePass and use it for the first time. I had been told by friends to sign up for months, but kept on hesitating because I didn’t see the point in signing up for a program that was obviously going to fail. Eventually I did and I decided to use it for the first time on the Golden Globe Award winner.

I walked up to my local theater, pulled out my phone, and checked into the movie on my MoviePass app. I then walked up to the ticket counter to purchase a theater:

“Hi yes one ticket for Three Billboards please,” I said.

“Oh wow, that’s a lot of money. I have my MoviePass card what do I do?”

“Ah, another MoviePass customer. They make up more than half of our customers. It’s easy just give me your card and I’ll swipe it.”

“That simple? I did read they electronically load the money onto my card when I check in.”

“Yep that’s it. Okay I just swiped it and… here’s your ticket! It’s that easy.”

It’s snowing again and I’m on my way to see another movie with my MoviePass. Three things are on my mind: 1. Why am I being allowed to use this service on a Sunday? 2. This movie is basically free to me since I already saw Three Billboards. 3. Can you imagine if people actually used this thing DAILY?

I, Tonya was great and totally worth the price of admission, which for MoviePass was around $17, but for me was kind of $0.

I honestly thought there was no way this was going to work. I went to see Lady Bird exactly 24 hours after I, Tonya at the exact same movie theater. I even went to go buy my ticket from the same person! But it did work. The money was loaded onto my card and MoviePass paid for me to see a terrific film.

I distinctly remember how weird it felt to see Lady Bird because I calculated that I wouldn’t need to see another movie for four months to justify how much MoviePass cost. This was my third movie in five days and I couldn’t believe that I was spending $9.95 for three movies. What also stuck out to me was how many people my age were obviously in the theater alone. This made me wonder how much MoviePass was paying for us to all see this movie and additionally how much money the company was losing by letting us all see this movie.

“I wonder how many people are using MoviePass to see Black Panther and subsequently how much money this company is losing,” I wondered to myself as I excitedly watched Chadwick Boseman defeat Michael B. Jordan in the final act of the film.

It snowed again this day and my pants were soaking wet as I sat down in the theater and ate some carrots I brought as a snack.

I honestly wasn’t sure if I wanted to see this movie. The plot was both interesting and strange. However, I honestly didn’t care because this was a big moment. 35 days after I saw Three Billboards, I was about to see my seventh movie using MoviePass.

As I sat in the theater watching a terrific yet bizarre film, I kept reminding myself that over the next 10 months, every single movie I saw would be basically free.

What a great movie that confused the heck out of me. The best part about it was that it was free!

When I walked into the theater to see Jennifer Lawrence as a Russian spy, the thing that caught me by surprise was how empty the theater was. I thought to myself, “Wow, this could be the first movie I ever see alone.”

But don’t worry, an old couple walked in just before the movie started and all three of us covered our eyes during one of the must gruesome and gory scenes I have ever seen on screen.

I love movies, but before I got MoviePass there were so many I would wait to see on Netflix or Hulu because I didn’t want to spend money to see them. Isle of Dogs is a perfect example of that relationship I had with going to the movies.

It also may be a perfect example of the 50+ other people who were possibly in the theater alone who likely also charged a company $15+ dollars to see a movie that cost them only $9.95 (or in my case $0 because it was my 6th movie that month, my MoviePass record).

At this point, MoviePass has probably singled me out and hates me for abusing their system. Then again, there is nothing they can do about it because I am playing by their rules! I never saw more than a movie a day and never lent my card to anyone else. Instead, I just became super anti-social and saw a bunch of movies alone because I could.

I actually would’ve paid to see this movie without MoviePass, but why bother? I swiped my card and charged the company $15 days after paying them just $9.95 for the entire month.

If one movie could’ve made a joke about the absurdity of MoviePass’ pricing system, Deadpool 2 would’ve been it. Sadly though, Ryan Reynolds’ character did not. Although I did to the guy next to me.

Ah yes my weirdest MoviePass experience. I saw this movie alone. No really, I was the only person in the theater. I even asked the people who worked there to skip the trailers, and they did! Thanks MoviePass!

This may be the last movie I see with MoviePass in my lifetime. It was also the first movie I saw with other people who didn’t have MoviePass (my parents). When I explained to my mom the whole premise of the company and its program, she said to me “that’s ridiculous, how do they still exist?”

Well, Mom, they may not much longer.

Here’s the thing about MoviePass, in theory it is a brilliant idea to rejuvenate an industry that is being badly damaged by streaming. It’s such a good idea in fact, that AMC has its own MoviePass style loyalty program!

For $19.95/month (+ tax, which MoviePass didn’t factor in to my monthly fee), members can see 3 movies per week at AMC theaters. The reason why this is smart compared to MoviePass isn’t related to the price, it’s really about the theater. AMC is taking your $19.95/month+tax and forcing you to only go to their own theaters. This way, AMC isn’t really losing any money.

Yes you may take up a seat that a non AMC Stubs A-List program member would’ve used, but what does AMC care? Movies rarely sell out after the first weekend anyway I would think. By forcing you to only go to their theaters, AMC gets to take home all of the concessions, which is what MoviePass tried to negotiate a stake in.

MoviePass has tried to create some lifelines for itself by investing in movies, creating surge pricing, and partnering with specific theaters where I believe it does get concession revenue. But the thing is, as long as they price themselves as low as $9.95/month, that won’t be enough.

To really make ends meet and work out, not only does the price have to go up, but changes have to be made to the system. Sadly for MoviePass, that won’t be easy. If the company came to me and said “We’re going to charge you $20/month, you can only go to these 3 theaters, and you can only see 2 movies a month”, I’d immediately sign up for AMC’s program. Why? Because the cost-benefit analysis would lead me to find that AMC is priced better and does it right.

Again, MoviePass was a phenomenal idea. Sadly, it was also the worst idea because it was basically a legal crime where I had a company pay for me to see movies and then I didn’t pay them back.

If the end is really here, well then, MoviePass, thank you for saving me $120. It was the best money you never should’ve spent.