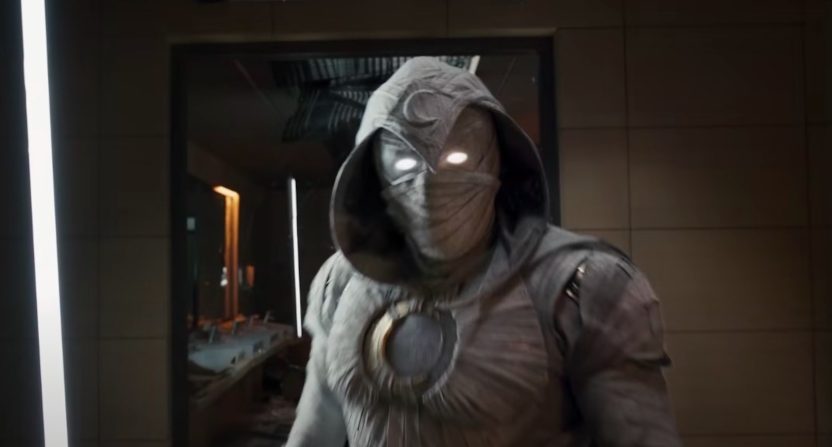 The last time we saw Oscar Isaac in a comic book feature, his handsome face and extraordinary talent was wasted. We saw his mug covered up in hideous makeup. We watched his acting undermined by terrible dialogue.

X-Men: Apocalypse might not be the worst X-Men movie ever but it’s in the discussion alongside Dark Phoenix, X-Men Origins: Wolverine, X-Men: The Last Stand. So, it’s completely understandable that he might have been gun-shy to revisit the genre. This was not what Isaac signed up for as a graduate of Juilliard, America’s most prestigious school of performing arts.

Thankfully, Isaac took another chance, and it could pay off for him in a big way. Disney+’s Moon Knight is a fun, weird, and interesting take on an obscure character. The six-part miniseries is still unfolding as the second episode dropped this week. And many viewers might be unfamiliar with the complicated Moon Knight story. But discovery can be a joy.

According to Samba TV, Moon Knight drew an audience of 1.8 million households over its first five days. That’s a huge number. For the record, the most-watched Marvel TV series debut is Loki on Disney+ with 2.5 million.

Loki had the built-in advantage of having its main character set up by The Avengers franchise, including Thor. Most viewers came into Moon Knight cold. Even hardcore comic book fans knew little, if not nothing, about the character’s origins. However, our curiosity was sparked by the MCU’s reputation for solid entertainment, and Isaac.

He is one of the better actors to never have been nominated for an Oscar. Isaac’s best chance was in the Coen Brothers’ Inside Llewyn Davis (2013), for which he was nominated for an Emmy Award. He did win an Emmy for the HBO miniseries Show Me a Hero (2015).

The role Isaac might be best known for is as Poe Dameron in the Star Wars movies. It’s early, but Moon Knight has the potential to boost his popularity further.

The problem is, he isn’t fully aware of them. The only thing Grant knows is that he suffers from blackouts with no memory of what he has done or said. The debut episode establishes Grant’s chaotic existence as he often awakes in odd and sometimes dangerous situations.

Is it all a dream or a mental illness? Could he be a paranoid schizophrenic who is unable to tell fantasy from reality? Grant is somewhat reminiscent of Leonard Shelby of Memento, a guy trying to solve a mystery that he’s ill-equipped to investigate.

Here’s where Isaac shines. He portrays Grant as scared, uncertain, and incompetent with brilliant little touches. For example, there’s a scene where Grant holds a gun in the meekest way possible, not like a weapon but handling it as if he were picking up a dirty diaper.

the best thing I learned about #MoonKnight  episode 2 is that it was Oscar Isaac’s idea to have Mr. Knight fall over https://t.co/VkRPOlSKYC pic.twitter.com/fhtIevmjLC

Character development matters. And this is extremely important when you’re introducing a brand-new protagonist. (This isn’t Superman or Spider-Man.). We’re spared a lot of exposition. Instead, Moon Knight dives right into the confusion and mayhem. The audience experiences chaos just like Grant. We don’t know exactly what’s going on, and that’s OK. It’s a refreshing way to get us hooked.

The second episode provides a little more clarity, but it’s still a fun puzzle. Moon Knight makes the wise decision of having another excellent actor play opposite Isaac. Ethan Hawke is relatively new to this genre. In fact, Hawke has the reputation of someone who takes himself way too seriously. That makes him the perfect villain as the cult-like leader Arthur Harrow.

Only two episodes have been released. So far, Isaac and Hawke coupled with a mysterious plot make Moon Knight a must-watch. Directors Justin Benson and Aaron Moorhead have teased a major plot twist in Episode 4.