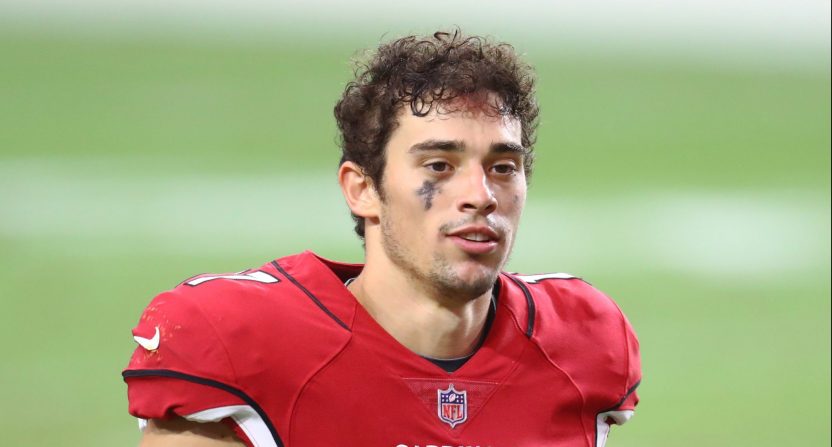 It’s hard to believe we’re already into October, which means the we’re deep into the heart of the fantasy football season. If you’re looking to tweak your roster to gear up for a strong second quarter or are in need of an injury replacement, here’s a breakdown of the most intriguing waiver-wire targets ahead of Week 4. It’s a wideout-heavy list this time.

Miami Dolphins QB Ryan Fitzpatrick: The grizzled vet has done enough the last two weeks to earn bye-week replacement consideration in deep leagues, especially if you’ve suffered a loss at that position. Dude is on fire and could be ideal as a spot starter when he faces the Jets in Weeks 10 and 12. You could consider stashing him now.

New England Patriots RB Rex Burkhead: The hardly-owned veteran put together 98 scrimmage yards and two touchdowns in Week 3, and was a big part of the passing game in Week 2 as well. But he’s never been consistently reliable from a fantasy standpoint, and his numbers will likely come back to earth when James White returns to team up with Sony Michel in the New England backfield. If you’re not looking for a Michel or White handcuff, I’d stay away.

Arizona Cardinals WR Andy Isabella: The intriguing second-year second-round pick broke out with two touchdowns in Week 3, but I’d be concerned about him getting consistent targets. He’s still been thrown to just seven times this season.

Green Bay Packers WR Allen Lazard: He was surprisingly owned in only about half of Yahoo’s leagues entering Week 3, but Lazard is a must-roster following 146 yards and a touchdown in another dominant game from the Green Bay offense. He’ll likely come back to earth when Davante Adams returns and shouldn’t be expected to crush it weekly, but it’s worth noting he’s scored in two of the Packers’ first three outings.

Philadelphia Eagles WR Greg Ward: It’s hard to find a reliable option in the Philly passing game right now, and with Dallas Goedert and DeSean Jackson out, Ward was targeted 11 times by Carson Wentz in Week 3. He’s worth a pickup if you own another Eagles wideout.

Cincinnati Bengals WR Tee Higgins: The Cincinnati receiving corps is loaded, but Bengals quarterback Joe Burrow has targeted his rookie wideout 15 times in the last two weeks alone. With extreme upside following a two-touchdown performance in Week 3, he’s worthy of a roster spot in most leagues.

Dallas Cowboys WR Cedrick Wilson: The third-year sixth-round pick is overshadowed by a deep and talented starting group in the Dallas receiving corps, but he blew up out of nowhere with 107 yards and a pair of touchdowns in Week 3. Somebody in your league will likely scoop him up in hopes that this is the start of something special, but there’s a better chance it was an aberration with Amari Cooper, Michael Gallup, and CeeDee Lamb all healthy.

Indianapolis Colts WR Zach Pascal: This might be tempting for those wondering if Pascal could take off with both Parris Campbell and Michael Pittman out, but Pascal was targeted just four times and caught just a pair of passes in Week 3. The upside isn’t there and there are likely better receiver options available.

Green Bay Packers TE Robert Tonyan: Any potential Aaron Rodgers favorite is worth considering, and Tonyan has now found the end zone in back-to-back weeks. Pick him up if you lost Goedert or might need a bye week replacement soon.