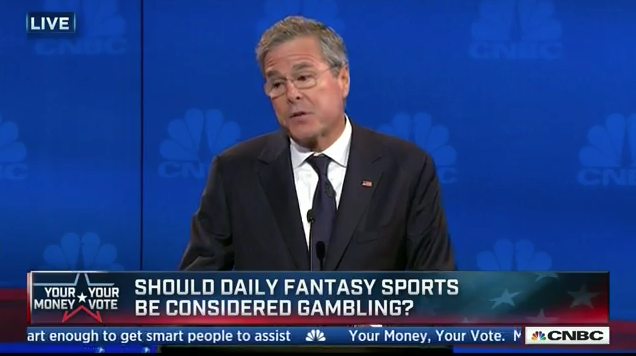 After several months of legal and political defeats, the daily fantasy sports industry is fighting back.

According to the Wall Street Journal, DraftKings and Fan Duel are helping mount a “lobbying blitz” across the country to preserve the legal status of daily fantasy.

Since Jan. 1, legislators in 16 states have introduced bills to carve out legal protections for fantasy-sports operators, nearly all of them supported by the operators themselves. Several other states have active bills that were introduced last year. Legislative bodies in California, Virginia and Indiana recently passed bills, while in several other states bills have passed through committees.

The lobbying effort is being coordinated by the Fantasy Sports Trade Association and FanDuel Inc. and DraftKings Inc., the industry’s two biggest players. It involves 78 lobbyists in 34 states, up from four lobbyists a year ago, according to a person familiar with the matter. The companies are spending between $5 million and $10 million on the lobbying effort this year and are hoping to pass bills exempting fantasy sports from state gambling laws in at least six to eight states, this person said.

“This legislative rush in the first few weeks of the new year is unlike any on gambling that I’ve seen,” said Chris Grove, ​a fantasy-sports and online gambling analyst who has closely studied the effort. “If all these bills passed you would have just essentially legalized a ton of sports betting that is unregulated and untaxed. I don’t think lawmakers get the ramifications of what they are doing.”

This push is in response to a wide backlash against daily fantasy, which included the attorneys general of Texas, New York and other states declaring the games a form of gambling and therefore illegal. Major League Baseball has threatened to disassociate from DraftKings if they do not comply with the order that they cease operation in New York. The DFS backlash has been so intense, we actually saw it as a topic at a recent Republican Presidential debate (Chris Christie was NOT pleased but that’s nothing special or new).

But the daily fantasy companies will not go quietly. They’ve attracted millions of consumers, which is supposed to be the hard part, now they just have to make sure their companies aren’t shut down by state judiciaries.

The main point of contention is whether daily fantasy is a game of skill or chance. If it is a game of significant chance — as various states have declared — it is gambling and therefore illegal. As the industry fight back, it will presumably argue that its games are entirely skill-based.

The bills are careful to distinguish the practice from gambling, particularly since most states aren’t allowed to authorize sports betting under federal law. Most of the bills instead require that operators pay a fee to register with the state and operate with some consumer protections, such as age requirements and measures to protect player funds.

“We view it as a game of skill,” said Peter Schoenke, a member of the Fantasy Sports Trade Association working on the legislative effort. “We want to clarify it is legal.”

These clashes at capitol buildings across the country will determine whether daily fantasy goes down as a short-lived fad or a staple of American sports culture. You have to imagine between being forced to shutdown in some states, DraftKings partnership with ESPN dissolving, DraftKings cash starved enough to take new investment at a lowered valuation, along with the costs associated with the lobbying and legal efforts, it’s likely the days of 24/7 DFS ads are probably behind us.