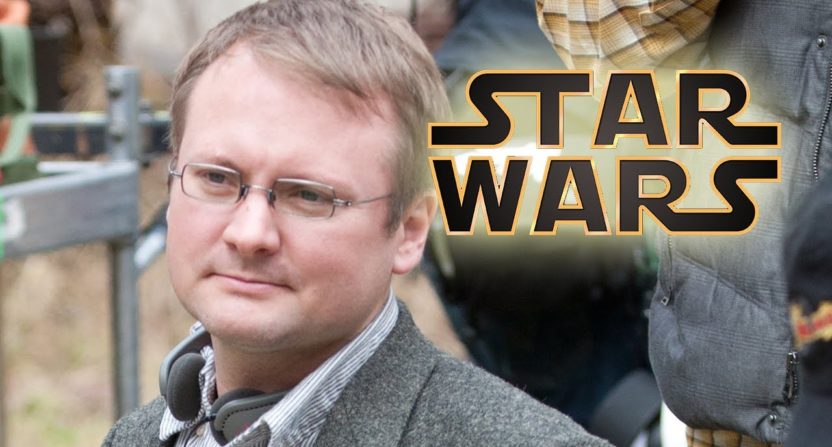 Rian Johnson might be the least prolific great filmmaker working today. He’s made just three movies over the last dozen years; the upcoming The Last Jedi will be his fourth.

After that, Johnson took a few years before making another low-budget noir-ish movie, The Brothers Bloom. And then, taking a leap up in scale, Johnson wrote and directed Looper, which remains one of the best science-fiction movies of the decade. In between (and slightly after), Johnson directed some of the most memorable episodes of Breaking Bad, including the penultimate episode of the series (and one of the best episodes of dramatic television ever, according to critical consensus), “Ozymandias”.

It’s that resume that landed Johnson the second of the Star Wars sequels. Johnson’s The Last Jedi comes out on December 15th, and when it does.

If someone can be both proven and unproven, it might be Johnson. He’s proven in that he’s made good-to-excellent movies with ever-increasing budgets. But he’s unproven in that he’s never had a tentpole franchise, or even a budget over $30 million. (Related: how did he make Looper for just $30 million?)

And his lack of output really is an outlier; from 2005 on, for example, Steven Spielberg has made eight movies, with two more coming by March 2018. Other auteurs are similarly slower-paced; Paul Thomas and Wes Anderson, for example, have made just three and four films, respectively, over that time frame. (Both Andersons will tack onto their total by spring 2018.)

So, what was holding Rian Johnson back from the world of bigger budgets and bigger expectations? Perhaps he was simply waiting for the right opportunity. And based on the early returns for The Last Jedi, he’s taking advantage of it now that it’s here. Disney/Lucasfilm loved the movie so much that when Disney and LucasFilm booted Episode IX director Colin Trevorrow, Johnson was seen by many as an early favorite to take over and complete the original saga.

That didn’t happen, with J.J. Abrams returning instead. That was a bit of a disappointment for those hoping Johnson might get right back in the directing saddle; it would have been an unusually quick turnaround, given his normal pace, but it would have also been almost a guarantee that the original Star Wars saga wrapped up in competent hands.

However, according to a release today, Johnson will actually be spearheading an entirely new trilogy set in the Star Wars universe:

Lucasfilm is excited to announce that Johnson will create a brand-new Star Wars trilogy, the first of which he is also set to write and direct, with longtime collaborator Ram Bergman onboard to produce.

As writer-director of The Last Jedi, Johnson conceived and realized a powerful film of which Lucasfilm and Disney are immensely proud. In shepherding this new trilogy, which is separate from the episodic Skywalker saga, Johnson will introduce new characters from a corner of the galaxy that Star Wars lore has never before explored.

“We all loved working with Rian on The Last Jedi,” said Kathleen Kennedy, president of Lucasfilm. “He’s a creative force, and watching him craft The Last Jedi from start to finish was one of the great joys of my career. Rian will do amazing things with the blank canvas of this new trilogy.”

“We had the time of our lives collaborating with Lucasfilm and Disney on The Last Jedi,” Johnson and Bergman said in a joint statement. “Star Wars is the greatest modern mythology and we feel very lucky to have contributed to it. We can’t wait to continue with this new series of films.”

It’s a move that makes sense for Disney, of course. You don’t spend $4 billion on Lucasfilm to not make a ton of Star Wars movies in perpetuity, and they’ve already branched out. Rogue One was an unqualified success last year, and though there have been some bumps in the road, there’s reason to be excited about the upcoming young-Han Solo movie, Solo. (Titles aren’t a strong suit here.)

But those movies were supplementary to the world of Star Wars we already knew. And that’s good! We love that world! We loved it so much we hated the prequels for not connecting closely enough to it (among many, many other reasons.) But moving beyond that story and into the other corners of the universe makes a lot of sense, as does handing the keys to Rian Johnson, the exact type of director who should be entrusted with properties like Star Wars, in that he’s a storyteller first and foremost. That’s where the DC Comics movies have gone wrong, for example.

It’s a big leap for Johnson, of course, and he acknowledged that on Twitter:

Hopefully we won’t have to wait a dozen years for his next four movies.