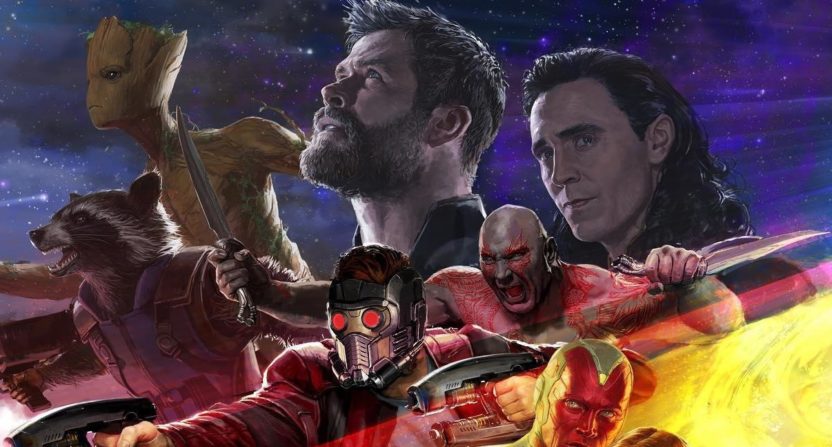 This past weekend, Thor: Ragnarok kept up one of the most impressive box office streaks in Hollywood. Finishing with an estimated $121 million, it became the 17th Marvel Studios release to open at No. 1 at the box office out of 17 releases. Dating all the way back to 2008 when the studio debuted with Iron Man, they have never failed to top the box office standings after the first weekend with any film.

Of course, the odds are stacked in Marvel’s favor. Their films open in a massive number of theaters (the latest Thor film opened in 4,080), are backed by tens of millions in promotion, star some of the biggest names in Hollywood, and are all a part of the highly successful superhero genre.

However, like Black Widow said in Avengers: Age of Ultron, nothing lasts forever. Eventually, Marvel is due for a dud, either because the movie doesn’t catch the fancy of filmgoers or because the glut of superhero movies finally becomes too much. When the time comes that a Marvel movie opens at No. 2 (or worse), there will be much gnashing of teeth and many thinkpieces trying to figure out what it all means. Perhaps it will be a sign of the times, or perhaps it’ll just be because they made a bad flick.

What we want to know is, which upcoming Marvel release has the potential to fall short of its potential and be the first to not debut on top at the box office? We took a look at the seven films that are either set for release or in pre-production through 2020. After some “very scientific” analysis, we determined the odds of each possibly being the film that lets all the others down and ends the streak. Then, we ranked them in order from least likely to most likely based on those odds.

In a series of films that are each franchises themselves, the Avengers movies are the tentpoles that rise above them all. 2012’s The Avengers made $80.8 million in its first day alone, en route to a $207 million opening weekend, currently the third-biggest U.S. opening ever. 2015’s Avengers: Age of Ultron had itself a $191.3 million opening weekend, good for fourth-best all-time. That by itself tells you how Infinity War is probably going to go.

However, that’s before you factor in that this is the film which almost every Marvel Studios movie has been building towards since 2008. The arrival of Thanos and the quest for the Infinity Stones will bring every major (and most minor) character into the fold for at least a scene or two. There’s also the looming threat that this could be the film where some of the characters we’ve come to know and love will be killed off to make room for the future. Basically, if someone has plunked down their money to see every Marvel movie in some form so far, they’re going to do so here as well.

The next Marvel Studios release is set for Feb. 16, 2018 and based on the buzz so far, it can’t get here soon enough. T’Challa/Black Panther was the breakout star from Captain America: Civil War and audiences have been eating up the trailers and promotions for this film since. The cast is rock-solid, director Ryan Coogler (Creed) has a steady eye on the material, the visuals we’ve seen have been stellar, and it would probably take an act of God at this point for Black Panther not to be a mega-hit — even in spite of opening in February.

Say what you want about the history of Spider-Man movies but one thing they don’t do very often is disappoint at the box office. Even the worst-performing one, The Amazing Spider-Man 2, opened at No. 1 with a $91 million opening.

Spider-Man: Homecoming, the first standalone film for the rebooted (again) web-slinger, really didn’t disappoint. The Tom Holland-led film earned $117 million in its first weekend this past July and received near-universal praise. Keeping in mind that Spider-Man is sure to pop up at least once or twice between now and the sequel’s release in 2019, don’t expect the excitement over the character to die off all that much either. So long as you make marginally decent Spider-Man movies, people will come.

Guardians of the Galaxy Vol. 3 (0 Percent)

Sure, this one is a long ways off in 2020, but there’s really no reason to think it won’t keep up the blistering box office pace of its predecessors. The first film was a risky endeavor, featuring a collection of characters most people had never heard of and a cast led by Chris Pratt, then known more for being a goofball than a leading man. Great reviews and the Marvel machine still ensured it opened to $94.3 million in its first weekend.

By the time Guardians of the Galaxy Vol. 2 came around this past May, it was a foregone conclusion that it would run away with the box office. It certainly did with $146 million, the 17th-best U.S. opening ever. The gang will show up again in the next Avengers movie, which should satisfy fans just enough until 2020 comes around.

OK, we know, it’s probably crazy to think there was even a chance that an Avengers movie could finish outside of the No. 1 spot in its opening weekend. And it almost certainly won’t. However, we opened the door to the possibility for a couple reasons.

First, there’s a decent chance that by the time this movie comes around in 2019, it will be without one or a few of the huge names and characters who have defined the Marvel movies up until now. Take Iron Man or Captain America (or both) out of the equation and perhaps, just perhaps, you lose interest from fairweather filmgoers who take it as a sign that the franchise has jumped the shark. (Both are under contract for the film, but that doesn’t mean Marvel can’t kill them off in a shocker beforehand.)

Second, what if Infinity War is bad? It probably won’t be and even if it is, it’s still going to put up monster numbers. But we’re giving ourselves the tiniest of outs here just in case the wagon starts falling apart before 2019 gets here.

Of all the Marvel sequels that is yet to come, this is the one to be most concerned about. The first Ant-Man film grossed $57.2 million, the second-lowest total of all the Marvel movies, ahead of only 2008’s The Incredible Hulk ($21.4 million).

While Paul Rudd returned in Captain America: Civil War to give the character a bit more to do, it’s hard to imagine there is too much excitement about the sequel. If there is any character or film series in the MCU destined to get lost in the shuffle, this could be it. Perhaps the most intriguing aspect of it is that the title suggests we’ll see a lot of Evangeline Lilly as Wasp. If the film does do well at the box office, it might be because it pushes Ant-Man to the back and lets Wasp shine.

On paper, Captain Marvel has all the ingredients to be a hit. It stars Academy Award winner Brie Larson as Carol Danvers. The writers and directors are predominantly women. And by setting the film in the 1990s, they’re purposefully or inadvertently tapping into a part of what made Wonder Woman so enjoyable, letting the timeframe help set the story apart. They haven’t started filming or even done much of the casting so we don’t know too much of what to expect.

But anytime you introduce a new character to the MCU it’s a roll of a dice, especially if that character lacks household name recognition. We assume Captain Marvel will come together and continue the trend of No. 1 opening weekends but for now, the unknowns surrounding the project make it the most likely to end the streak.