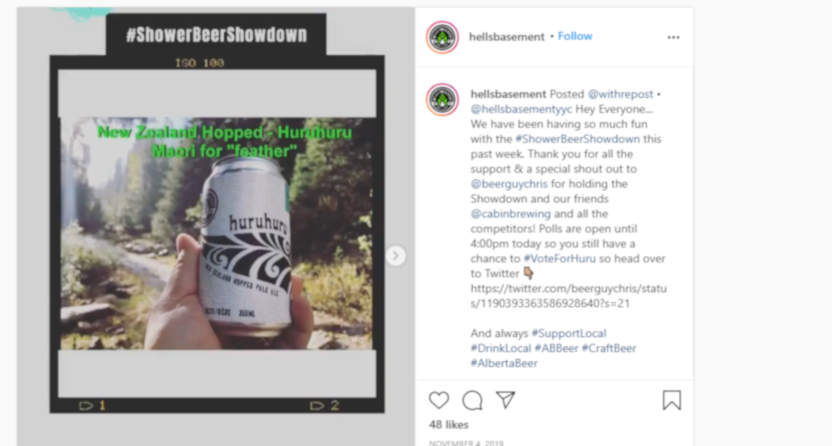 We’ve seen plenty of unusual beer names (and unusual flavors) over the years, as well as plenty of translation/foreign double entendre/dubious foreign sourcing mixups. But this week in Canada saw a story where those categories were combined. Back in 2018, Hell’s Basement Brewery in Medicine Hat, Alberta released a beer they called “Huruhuru (The Feather) New Zealand Hopped Pale Ale,” going off a Maori word they thought meant “feather.” But this week, Te Hamua Nikora, who is Maori, posted a video to Facebook calling out that brewery and saying that “Huruhuru” actually means “pubic hair” in the Maori language:

That video includes Nikora saying he first commented on a shop in New Zealand using that name for “Huruhuru Authentic Leather,” and then was tagged in a post by the brewery. And he complains about the Maori language being used by these non-indigenous businesses, saying “It’s that entitlement disease they’ve got. Stop it. Use your own language.” After the video, Rhiannon Johnson of the Canadian Broadcasting Corporation reached out to Hell’s Basement, and she received an e-mailed statement that she published in a story Saturday:

Mike Patriquin, founder and general manager of Hell’s Basement Brewery, said in an emailed statement that it was not the brewery’s intent to offend anyone and that Hell’s Basement supports all forms of culture, including beer culture.

“The interpretation was intended as ‘feather’ – meaning the beer itself is light as a feather and this is also stated in the name,” Patriquin wrote.

“We acknowledge that we did not consider the commonplace use of the term huruhuru as a reference to pubic hair, and that consultation with a Maori representative would have been a better reference than online dictionaries.

“We wish to make especially clear that it was not our intent to infringe upon, appropriate, or offend the Maori culture or people in any way; to those who feel disrespected, we apologize.”

Patriquin said the brewery is taking time to rebrand the product and will attempt to do better in the future.

As with some errors in the past, this goes to show that online resources aren’t always correct on words’ meanings in other languages. And it doesn’t seem like a great practice for Hell’s Basement to take another culture’s word just based on an online dictionary without any consultation from anyone from that culture. But Hell’s Basement is far from the only company to make a problematic naming decision, and there have been quite a few translation and appropriation discussions in Canada recently. Maybe this situation will help Hell’s Basement and others do better down the road. At the very least, this rebranding means Canadians will no longer be drinking a beer branded “Pubic Hair.”