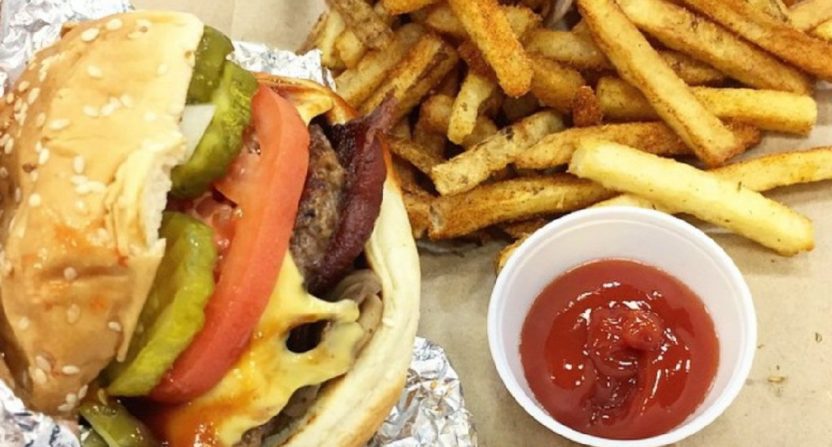 It’s been a rough stretch for the accuracy of polling data, but for once, a result seems to line up with reality, as a recent survey named Five Guys the best burger chain in the country.

(This post does not represent the editorial opinion of The Comeback as a whole; our Slack was greatly divided on this issue, but I’m writing the article, so it’s a bit of a last word situation.)

The survey in question was the annual EquiTrend study from The Harris Poll, and as Business Insider notes, the criteria in question include rating brands on quality, familiarity, and likelihood of purchasing their products. This is the first time Five Guys has been named best burger chain by this particular metric. 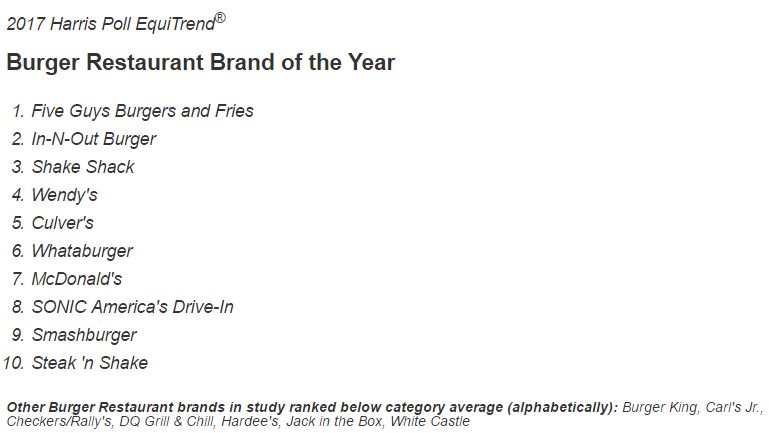 Now, this entire poll is obviously awash with brand-speak, which is unfortunate, but hey, the result speaks for itself. Five Guys is awesome, and is fully deserving of the title. In-n-Out fell to the #2 slot, which is going to make a ton of people mad, but let’s just say it: Five Guys is better.

That’s not to say there aren’t virtues; In-n-Out is cheaper, and locations offering late-night hours are obviously welcome. But it’s only available in certain parts of the country, and that doesn’t include my part of the country. (I’ve tried it on multiple occasions, though, people, don’t @ me.) But Five Guys is only slightly more expensive, generally offers more food of a higher quality, and can be found all over the country (and internationally, even.)

Plus they gave me a free drink and extra fries on my birthday in March when my girlfriend told them it was my birthday against my wishes:

@Five_Guys This was on March 20 but I wanted to thank the crew at Five Guys Mishawaka for the wishes when my gf told them it was my birthday pic.twitter.com/xDzroReqD2

And that’s the kind of thing that has always set it apart, for me; the employees just generally seem to have fun there. It’s almost always a pleasant experience, and the few times there’s been a mistake in an order or something like that they’ve been immediately accommodating. They deserve to be #1.

And now, a few thoughts on the rest of the top 10:

So, to sum up: Five Guys is the best, and deserving of the title. In-n-Out is fine, and there’s room for both of them.