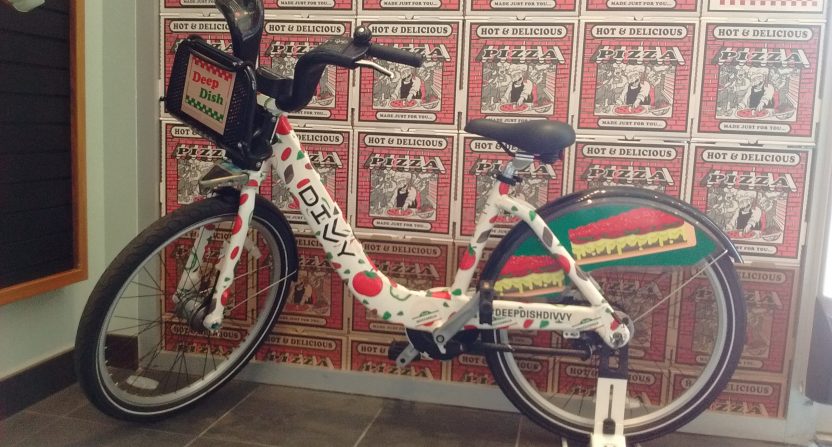 When you think of visiting a museum, you probably think of ascending stone steps, passing by Corinthian columns, and stepping into a cavernous lobby where everything is made of marble. There’s an air of importance involving the attractions or artifacts that await you.

That’s probably what people were picturing when they heard that the U.S. Pizza Museum would be opening in Chicago, Illinois earlier this month. It’s also probably why so many of them threw a conniption fit over that location. Because you don’t just throw up a museum willy-nilly, do you? No, museums are important. Their placement matters as much as what they hold inside. Their location is deliberate.

If the greatest trick the devil ever pulled was convincing the world it didn’t exist, then the second-greatest trick is the one performed by the U.S. Pizza Museum, which made so many people apoplectic despite the fact that it doesn’t exist either.

To be upfront, that’s not factually correct. It does exist, just not in the way so many New Yorkers pictured it. 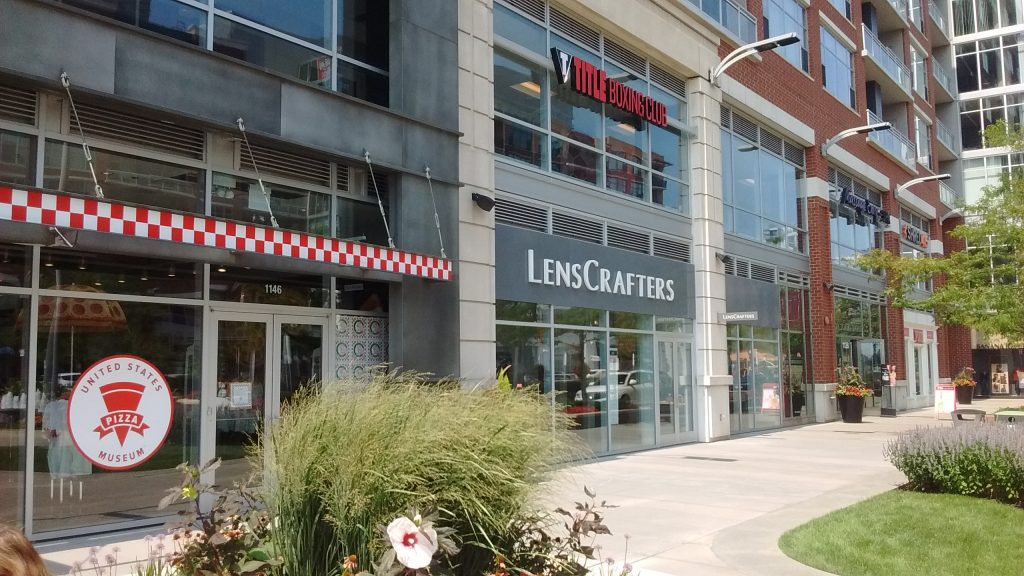 The U.S. Pizza Museum does not have stone steps, Corinthian columns, or marble ceilings. It does, however, have a pleasant location inside a mixed-use retail complex right next door to a Lenscrafters. The entire museum takes up roughly the same amount of space as a Lululemon because it used to be a Lululemon. The dressing rooms still remain at the rear of the space behind a wall.

Most people would look at this and say it’s a pop-up, mostly because that’s exactly what it has been in the three years since it was launched. The concept has gathered steam as its shown up temporarily in pizzerias and opens spaces all across Chicago but the hope is that this latest version will be the final one, or at least the first version that doesn’t go away after a few weeks (it’s currently booked in the space through October).

We don't talk enough about how horrifying Garbage Pail Kids were. #uspizzamuseum pic.twitter.com/uECVjAZTev

The genius, of course, is in calling itself the U.S. Pizza Museum. Call it the Chicago Pizza Pop-Up and you’ll get some local interest but that’s about it. However, implying that it is the preeminent pizza museum of America invites the entire country to your doorstep, or at least to pass judgment on your doorstep. That’s exactly what happened as thousands took to social media to scorn the project for it’s chosen hometown. How dare someone erect a museum to pizza in Chicago! How dare Chicago allow this! How dare America allow this!

It’d be easy to mock the museum itself if you wanted to, but the earnest speech by founder Kendall Bruns as he introduces you to the space cuts that off at the knees. He explains how the pop-up is made up mostly of his own pizza-themed collection and that although we are indeed in Chicago, all pizzas are seen as equals inside these walls. It also becomes abundantly clear as you scan the room that this is not the be-all-end-all pantheon to pizza that the word “museum” scared so many New Yorkers into thinking it is, but simply a celebration of pizza-related pop culture.

You’re not going to learn about the physics involved in pizza-making or the complete history of the pepperoni. But you are going to get to see Chuck E. Cheese game tokens, references to The Noid, and the album cover to the Fat Boys’ self-titled first album which shows the eponymous trio eating pizza. This isn’t the kind of place to get knowledge but it is the kind of place to get some good Instagram photos. And frankly, there’s nothing wrong with that.

But that still leaves us with the hype, or should I say anger, that drove most of the coverage of the museum’s opening. Hell, the only reason I even took a bus 45 minutes just to come here on a sweltering August day was the vitriolic reaction. If even CNN’s Jake Tapper, who is supposed to be busy dealing with the daily hellscape that is our national political picture, felt the need to chime in, clearly this was tapping into something larger. And it’s something I’m well aware of.

As someone who grew up in New Jersey, spent plenty of time in New York, and has lived in Chicago for a bit now, I’ve had a chance to see The Great American Pizza War for what it is. And ultimately, it has nothing to do with the pizza itself. Sure you’ll hear a lot of “NY style” vs. Deep Dish but that’s just a straw man smothered in tomato sauce and cheese. Hell, if you ask most people in Chicago, they don’t even eat deep dish all that much. So why defend it to the death the way that they do? 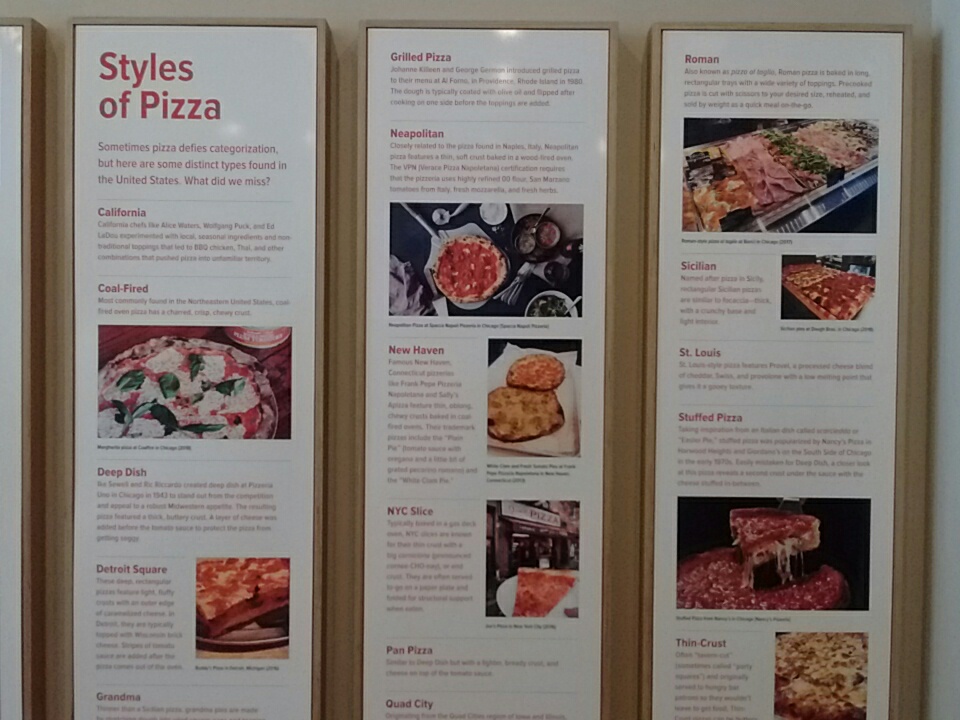 To understand that, you have to understand Chicago. It’s the kind of city that takes pride in its city flag to the point where you’ll see that design everywhere you go. And when you think about it, do you even know another city that cares about its city flag? New Yorkers probably don’t even know if they have a city flag.

It’s that kind of pride that drives Chicagoans. You’ll rarely ever meet someone from Chicago who doesn’t love Chicago. That’s not true of New York or LA or Seattle or San Francisco. They just have an ingrained sense of pride in the city and everything that represents it.

But there’s a dark side to that pride and it often comes out in their comparison complex to New York City. It’s understandable given Chicago’s cultural and economic impact on the U.S. No matter how hard they try, however, they never quite get the same treatment as New York, and New Yorkers are more than happy to not share those acknowledgments with Chicago.

Making it even worse is that while Chicago tends to see itself as New York’s slightly younger sibling, New York tends to look at Chicago more like a cousin that it doesn’t see that often. Boston and Philadelphia are much more likely to get the little brother treatment from the Big Apple whereas any news regarding Chicago is met with a disinterested “good for them.” It’s hard for me to remember a time anyone in or from New York ever worried about their city in comparison to Chicago. Meanwhile, you usually can’t go more than a month without coming across an article desperate to convince you Chicago is better than that big, nasty city in the Northeast.

The thing about New York is, it ignores your punches for only so long. So New Yorkers were more than happy to oblige with their public disdain for the news of an official pizza museum in Chicago. Whether Bruns meant the location to send a message is irrelevant because it sent one all the same. New Yorkers, tired of hearing about deep dish pizza (which has itself become a catch-all phrase for various types of local pizza styles but whatever who cares) were more than happy to demand satisfaction for this besmirchment of pizza’s good name. A cursory glance at the details would have clued them in that this wasn’t, in fact, an all-encompassing museum that required a hot take attack. But for pizza-sauced fissures that run this deep, there’s no time for nuance.

We all know how this will go. Someone in Brooklyn will open a pizza museum of their own. This return volley will be met with derision from those in Chicago, who will perhaps help the U.S. Pizza Museum find a permanent, larger home. New Yorkers will make fun of deep dish, Chicagoans will sneer at NY-style pizza, people from other parts of the country’s eyes will glaze over, and round and round the pizza pie we’ll go.

No one will ever win The Great American Pizza War because it’s not really about pizza. Here in Chicago, deep dish pizza, Chicago hot dogs, and Italian beef sandwiches are held in such high regard that you’d think they were anointed by God. To the rest of us, they’re totally adequate. It’s pizza, a hot dog, and a sandwich. Good stuff, but let’s not get crazy. Meanwhile, that’s what others might think of a NY slice or a good bagel from Brooklyn. I could sit here and explain to you why the bagels you’ve eaten your entire life are garbage circles compared to what’s available in NJ and NY but I know it’s argument that ultimately holds no weight for the same reasons. 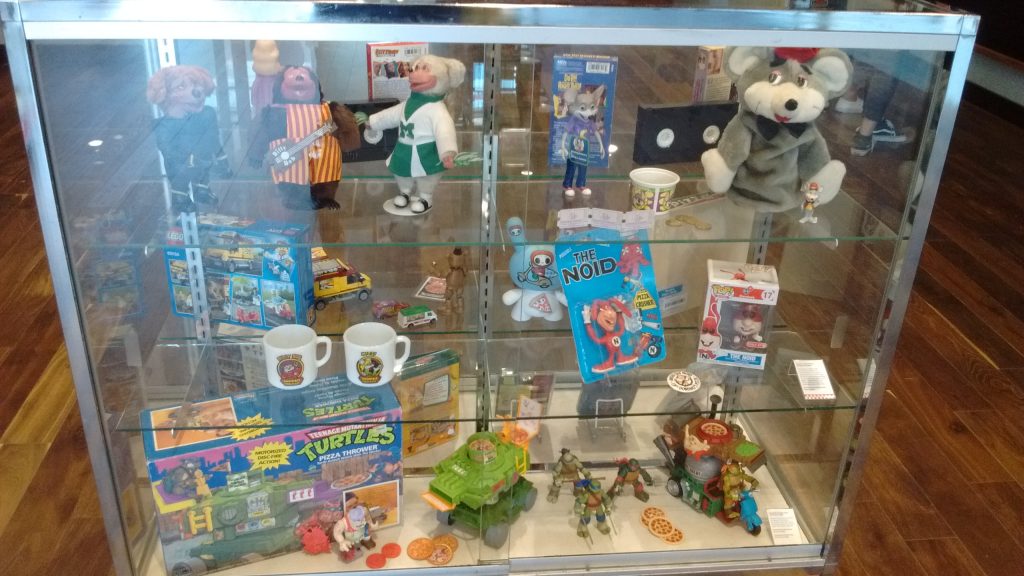 We’re all just eating nostalgia and local pride. To some people, they heighten the flavor of whatever you’re eating to great heights and for others, they are useless additions we can’t taste. Neither is right or wrong, it’s just an ingredient that comes baked into the dough whether you want it or not.

So if you find yourself in Chicago one day and want to have a little fun immersing yourself in pizza-related pop culture, make some time to stop by 1146 S Delano Court W. Tickets are free (for now). No one will make you eat pizza you don’t want. No one will pressure you into choosing a pizza style preference. No one will judge you if you do decide to declare one anyway (maybe). But you will walk out with some pretty solid Instagram photos and a desire to go eat some pizza. Whichever style you choose.