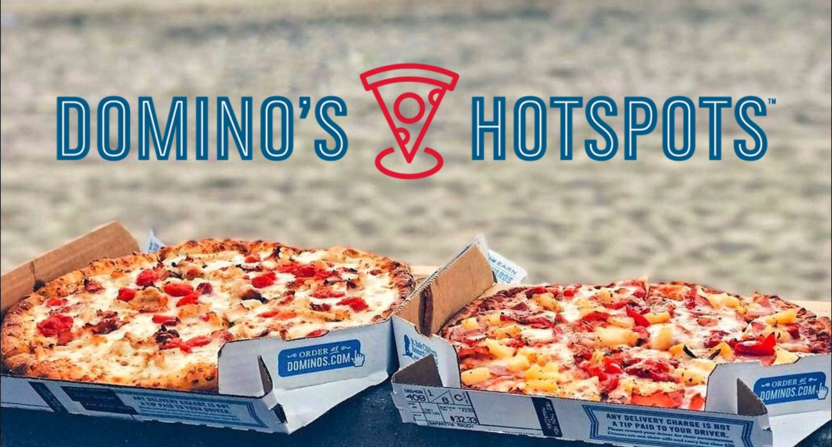 Back in 2016, a man somehow got a Domino’s Pizza delivered while aboard a train in the UK. This impressive feat of human ingenuity was accomplished by telling the company to bring the pizza to a specific station so that he could grab it while the train briefly stopped.

Get the fuck in pic.twitter.com/ergICtyu1F

Perhaps inspired by this, or rather because they’re desperate to find ways to maintain their market share in an increasingly crowded pizza delivery marketplace, Domino‘s has now decided to allow people to get their food delivered to locations that don’t have traditional addresses (such as a home or workplace).

According to the announcement, this includes over 150,000 “hotspots” at U.S. parks, beaches, and other destinations.

Want to know what those coordinates were about? They're part of yet another delivery revolution! Over 150,000 Domino’s Hotspots are active nationwide. Get pizza delivered to places like parks, beaches & thousands of other unexpected outdoor locations. https://t.co/TUYd33sU1I pic.twitter.com/LRr91LKto5

You might be thinking that this was something you could already do with Domino’s and might have even tried in some form. What’s different now is that the company has established specific drop-off points that customers will be able to locate via their smartphone to streamline delivery to outside-the-pizza-box locales. It also helps protect the company and the delivery people by ensuring everyone knows where they’re going and they’re not being asked to deliver a pizza to the middle of the woods.

The new system also allows customers to add notes to the order that will help make them easy to identify in a crowd. Lord knows if you order a pizza to show up unannounced at certain events, plenty of people are just going to try to claim it as their own unless you point out that it’s for the guy in the yellow shirt.

The Takeout took a look around Chicago to see what these new locations look like and found that they range from notable public parks to random intersections. A quick search of our own revealed that they even include schools and churches on their hotspot list, a clever move given the appetites of teenagers. Then again, do we need more strangers roaming school campuses offering up food? 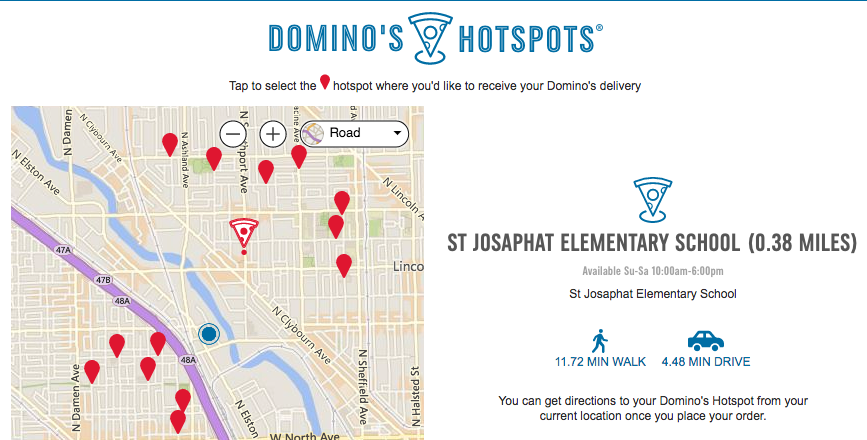 Per Reuters, Domino’s won’t be hiring new staff to handle the requests. Because this is in part an attempt to stave off competition from delivery companies such as GrubHub, they’re hoping that the next time you’re out on the town and feel the need for some pizza, you’ll cut out the middleman and just ask them to come find you, wherever you are, with a hot and fresh pie.