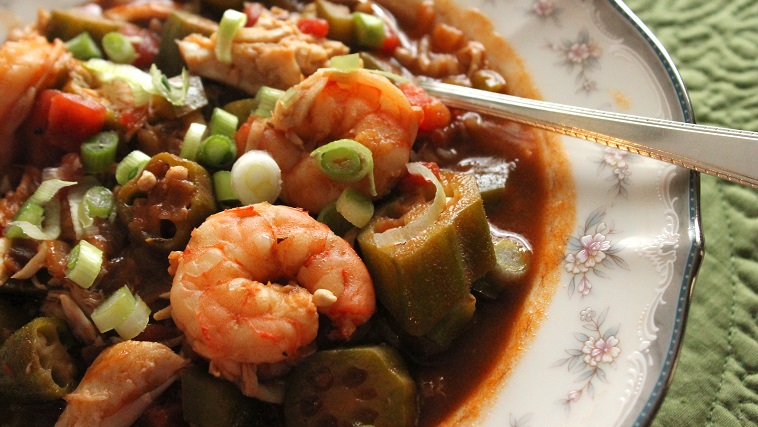 My husband recently tweeted the following:

Twitter, where a nice "I loved the food in City X!" comment turns into 20,000 people saying "But Y is better!" Also, food rankings are the worst. Just let us all fill our faces with delicious food without telling us how much you disagree.

I’ve verified with him that this was in response to the object of my internet-fangirling Nicole Cliffe tweeting about loving New Orleans and all its restaurants. Everyone had an opinion. “But have you lived in Florence?!”

I have been to Italy and I have lived in France and I am fancy as shit and have eaten at some balls-out joints and New Orleans is still the best food of my life. https://t.co/X28UFXw6G3

In the first place, what, exactly, new and interesting thing are you going to say about the In N Out/Five Guys/Shake Shack deathmatch? Exactly nothing. Nope, not that. No, not that either. Just shhh. Nope. Shhhhhh. No one cares.

Here’s my theory on food opinions: unless you have a medical issue, you HAVE to eat. It is a biological imperative. So in having to partake in this necessary function, which also lights up taste buds and pleasure centers and complex systems of our very anatomy, you’ve gathered some opinions. Every single one of us. This isn’t like sports, where it’s easy enough to say “Yeah, I don’t really follow that sport.” You HAVE to eat, therefore you’ve formed SOME opinion on that two or three or four times daily activity.

For some reason, we’ve been conditioned in this era of internet yelly shouty and unbelievable amount of options at our disposal, leading to greater experiences, to believe our — each and every one — of our very individualized opinions are CORRECT. Full stop. It is arguing about sports taken to its absolute max limit. I’m going to start First Take, but have it be exclusively about food, called Take Out, and it will air for a thousand years because we will never tire of arguing about food. And it is awful.

Despite the great okra (not Oprah) debate of '18, my gumbo is fucking delicious. #desklunchtakes (Do not @ me with your food opinions, I cannot tell you how much I DO NOT care.)

I am completely snake-bit by having tweeted about gumbo in January. I went to undergrad at LSU. But for reasons of being at base a native Californian, I don’t claim its foods. So I made gumbo. I thought it was good. I tweeted about it. AND THEN. The opinions.

“Is that okra in there? Why ISN’T there okra in there? YOU DID IT WRONG.” No, I did it to my liking. And with ingredients I can get here. California is a wonderful bounty. We don’t have any okra. (Or: if we did, I wasn’t running to several stores to find it.) It was traumatizing. “Look at my nice thing!” met with “How can you be such a garbage person!” Sigh.

I responded to my husband’s inciting tweet with the position I firmly hold regarding food debates: It’s all good food, Bront. Because food is necessary and vital and because we all have opinions on it, that means ALL OF OUR OPINIONS ARE VERY DIFFERENT. And that’s okay! That’s good, even! It SHOULD make us accepting of everyone else’s very weird and differing food opinions. Instead… it is an exacerbating cycle of shaming.

I have still not forgiven @RouxgarouLSU for okrapocalypse '18 & now just DO NOT EVER MENTION FOOD bc this place is a hellscape for OPINIONS on food. I'll post the pics on Insta & everyone here can be left out.

Even in response to my literal tweet of “it’s all good food” someone responded “except Applebee’s.” To which I held firm: “If that is your jam, good for you!” It’s not my jam. I have no interest in going to an Applebee’s, unless under extreme duress. But if you like it? Good for you! The person I was talking with continued with, “Well, as long as you admit that it’s not high quality, indulge in your guilty pleasures.” I didn’t engage further because there was no point, but to this argument I want to say: a lot of food OPINIONS are also elitist and classist.

I grew up pretty privileged. And as I can easily navigate between food stratospheres, I know what that privilege means. But once upon a time I was an obnoxious undergrad from San Francisco who was in what is often a test market for fast food or fast casual restaurants in Baton Rouge. And when I lived in BR, it was very exciting to everyone that they got an Olive Garden. I refused. I sneered down my nose at it. “Have you heathens not ever had REAL Italian food?! We’re a mere 60 miles from culinary mecca New Orleans. How DARE you?!” 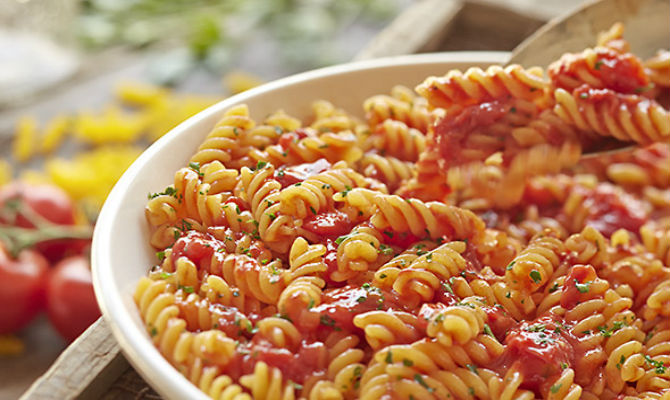 I was an asshole. Olive Garden has its place. It gives you massive quantities of pasta for a good price. It easily accommodates large groups of bad-tipping college students. Even if it didn’t simply occasionally scratch an itch for bad-good food for someone like me, for others it is genuinely their favorite. They may not have had exposure to other things because they don’t enjoy privilege. Or they may just really like it despite exposure to other more fancy versions of a never-ending pasta bowl. And if you enjoy it, for whatever reason, ENJOY IT. Enjoy all your things unironically and without shame. Don’t let some snobby person ask “HOW DARE YOU!?”

The only response if you disagree with someone’s food take, the only acceptable one at all is, “That’s not my thing, but glad you like it.” That’s it. There is no need to demean or belittle. And you don’t even have to say that! You can — hold onto your hats, kids — NOT ENGAGE. You can say, wait for it, NOTHING.

If you are genuinely curious, you can engage in a polite and respectful manner, “Have you tried adding x or deleting y? In *my* experience, that can make that better.” But that’s all you get to say.

The shaming has to stop. Nicole asserting her love of New Orleans led to a barrage of “But have you ever…!” Nicole had traveled to places people had mentioned and still maintained her preference. But even if she hadn’t had those experiences, even if she’d only eaten in that city for culinary experiences, hers was still valid. AS HERS. “That’s great! If you ever get to (city), I’d love to show you what makes it great!” is another appropriate response if you want to expand someone’s food preferences. Shaming someone into agreeing with you is no victory.

Let’s be nice about what people like and stop being so mean. 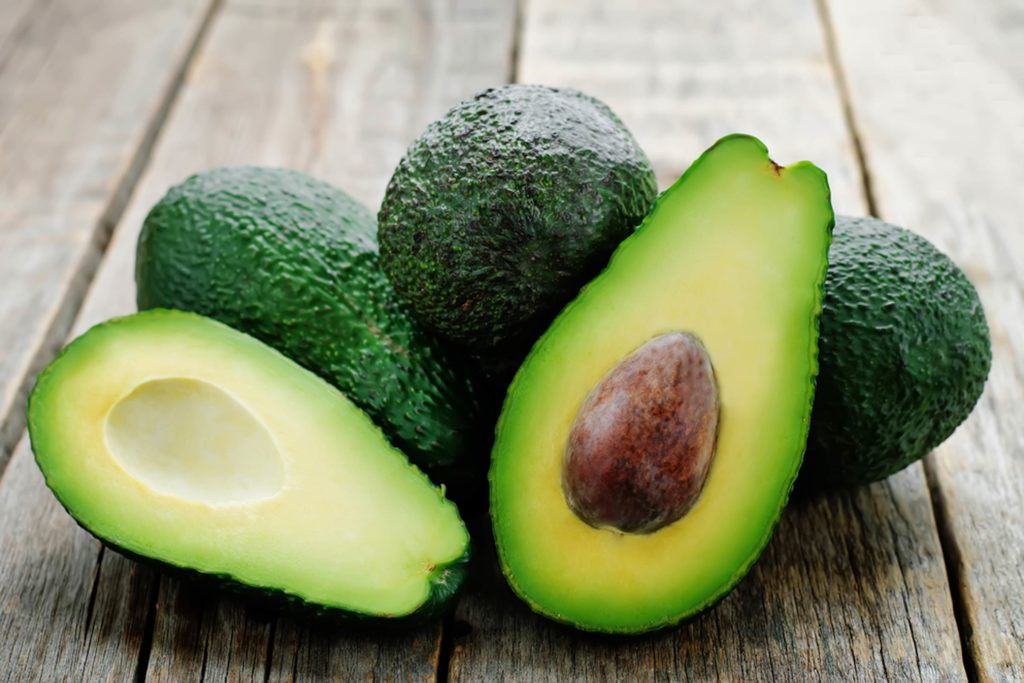 Here are my food takes: I love avocados. I don’t think New Orleans is the best, but it’s up there. I found Parisian food disappointing and think I can get better casual food on a more regular basis in SF. I still dream of Viennese pastry cases.

I don’t like hot house tomatoes; I find them too acidic. But in a twist, I do like heirloom tomatoes, especially as a summer caprese salad. I would die for a good Mission burrito and for Raising Cane’s chicken fingers, which is equal parts because I’m pretty sure they put drugs in the sauce and a hardcore issue with undergrad nostalgia.

The best burger in SF is a place not on any best of lists, and the best Chinese food closed over a decade ago and I still miss it. I don’t like mushrooms, but even those are growing on me (not literally). When I was a kid, I hated onions and sour cream. I do not anymore. 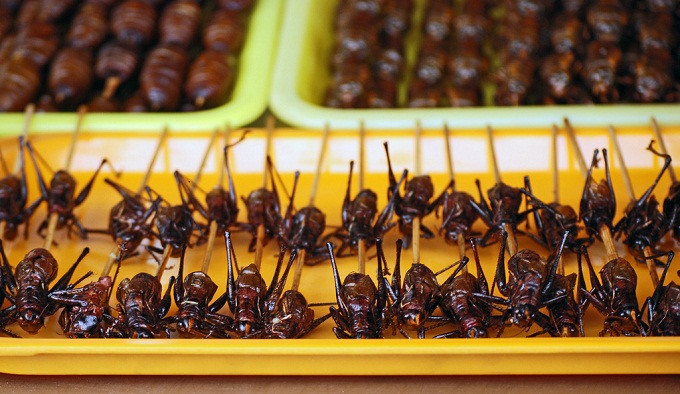 I’d love to be more adventurous, but I tend to eat pretty mainstream and admire greatly my globe-trotting friend Erica who never seems to say no to some weird offerings in an exotic locale. One of my favorite things about being married is that I never have to be a pain in the ass orderer. I can get everything as is and give my husband the bits I don’t want because he’s a human garbage disposal.

What’s your response to the above? “Good for you! Here are the things I like/don’t like!”

There is no reason to argue.

The exception, of course, to this entire list is to anyone trying to get you to join their cult of veganism. Fuck those guys.