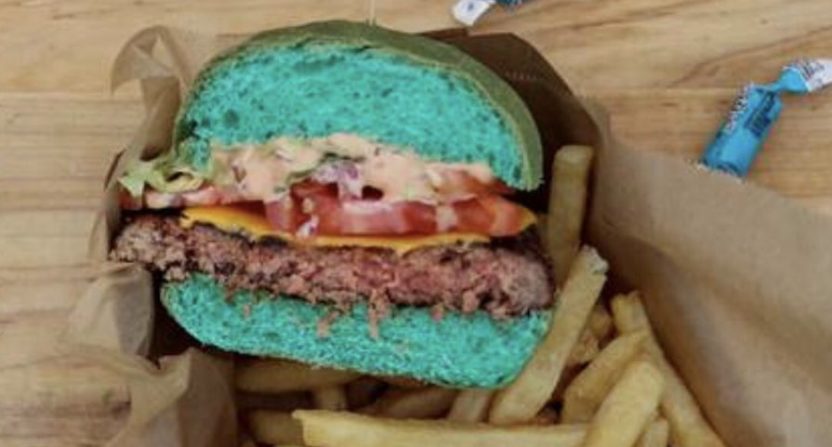 Is there any color that is less suited for eating and drinking than teal? Perhaps fans at this weekend’s NFL playoff game between the Jacksonville Jaguars and Buffalo Bills will let us know because way too many foods and drink items at EverBank Field will be teal.

First, the team announced on Wednesday that they would be selling teal beer on Sunday. The “special craft beer” by Anheuser-Busch will be sold “while supplies last,” which implies people will be lining up to purposefully imbibe a teal liquid. Though we suppose people have gotten used to the idea of green beer on St. Patrick’s Day, so there’s no reason to think that a beverage the color of 1994 will turn them away.

Then came news from Darren Rovell that The Great Tealening wouldn’t stop with beer. In fact, it was going to infect ice cream and even hamburgers.

The @jaguars are selling teal Mr. Softee Ice Cream in a mini helmet & hot dogs and hamburgers in teal buns for this weekend’s home playoff game vs. the Bills (? by @delawarenorth) pic.twitter.com/tjzRDOnKpk

Okay look, teal ice cream might as well just be mint ice cream, so that’s fine. But we have to draw the line somewhere, Jaguars, and we draw it at teal bread. You do whatever it is you want to do on your own time but in no way, shape, or form should meat and cheese be presented to paying customers within 50 yards of a teal food item. You are testing God’s patience, Jacksonville, and it’s running thin.

The Bills are already the feel-good underdog story of the NFL playoffs, but by creating such edible abominations, the Jaguars may have just sealed their own fate. No one wants to see these teal travesties continue into the second round. Jacksonville, consider changing your ways, or your main color, to make amends to us all.