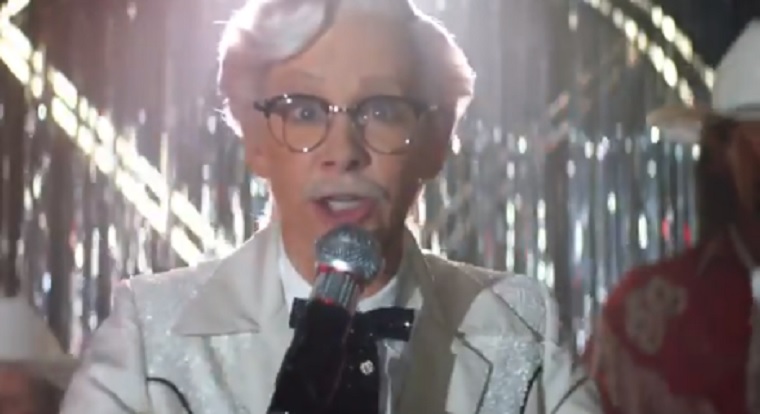 It seems Colonel Sanders has some good country music pipes in him and he is ready to show them off. For the first time since going with a spokesperson of the month advertising campaign, KFC is putting a female in the lead role with Reba McEntire suiting up in the white suit and signature facial hair. Naturally, she’ll be doing what she does best.

KFC showed off a new ad with McEntire’s portrayal of Colonel Sanders entertaining patrons at a local BBQ joint with a fun little country ditty to show off the Smoky Mountain BBQ wings the fried chicken chain is now selling.

Nothing to see here, folks. Nope, nothin’ at all. Just the same old Colonel with a new flavor of fried chicken. pic.twitter.com/ju2omd07OC

So, naturally, there are some people online who are mad that KFC would use a woman to take on the role as Colonel Sanders, as if such a thing really matters. But hey, the internet will never be without a dose of misogyny and those who resent a woman getting the chance to play in a silly little KFC commercial as the rotation of guest stars portraying the Colonel continues to grow.

Colonel Sanders originated as a guy, why change the roots of KFC? Glad I go to Popeyes, they dont care about the popular opinion.

Get over it, guys. Let Reba have her fun, as she sure seemed to do during this advertisement. Every actor playing Col. Sanders has had a chance to bring a new personality to the character, which has helped to keep the advertising campaign pretty fresh. From Rob Lowe to Jim Gaffigan to Norm MacDonald and now McEntire, among many others, Colonel Sanders has rarely been the same from commercial to commercial.

KFC has been having a finger-licking good time with these ads too. You never know who will play the Colonel next and KFC is keeping us on our toes, anticipating who will wear that iconic costume next. And the good news is, if you’re not a fan of any one particular Colonel Sanders, it’s going to change in the next month anyway.