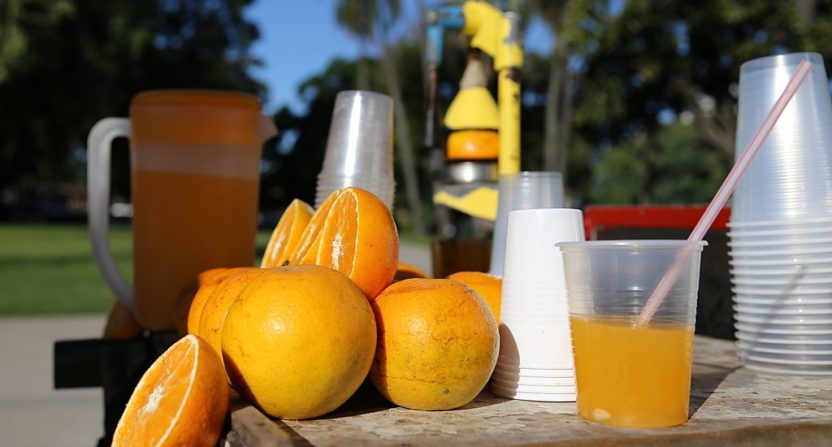 Let’s say you’re drinking something while reading this. Assuming it’s not water, we’ll guess that you’re probably drinking a LaCroix. Or maybe its one of those new-fangled Diet Coke flavors. Or perhaps it’s a complicated Starbucks beverage order.

What you’re probably not drinking is orange juice. We feel good about assuming this because the glory days for OJ are long over. According to Nielsen, retail U.S. orange juice market declined by 50 percent between 2001–02 and 2016–17. Making things worse for orange growers is that the orange juice market is declining at an increasing rate in recent years. It seemed like it was only a matter of time before the industry was decimated.

However, the orange juice market recently got a big boost in the form of an old adversary. The worst flu outbreak in nearly a decade. Because people still think that drinking OJ is a good way to fight a cold, orange juice sales spiked for the first time in five years last month thanks to conventional thinking. The increase of 0.9 percent in gallons produced between the end of December and January 20 has people rethinking the viability of the classic beverage choice.

It took one of the worst flu seasons on record to get more Americans guzzling orange juice again https://t.co/bBFjQ84qin

The obvious reasoning for the first monthly rise in sales since April 2013 is the belief that large quantities of Vitamin C help to fight colds and flu. However, this is the part where we ruin everyone’s good vibes by noting that while Vitamin C is indeed shown to help fight the severity of a cold, the large quantities of calories and sugar in orange juice offset those effects. It’s a large part of the reason that people have dumped OJ in lieu of something like Emergen-C, which packs you full of vitamins but leaves out the calories.

If the orange juice industry does start to fade away once again as this strain of the flu recedes, just know that it’s your health, and not millennials, who are killing it.