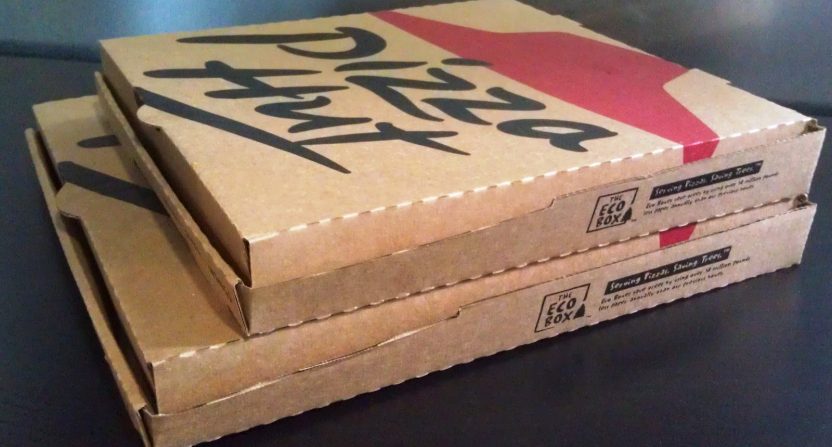 In the past, Pizza Hut was considered the undisputed most popular pizza chain. But now the competition is catching up and are very close to overtaking Pizza Hut for the top spot.

“The quarter’s results disappointed, and are not acceptable. Pizza Hut is planning to rebuild sales by improving its digital experience, speeding up delivery times, and simplifying its point-of-sales system.”

Pizza Hut is at a crossroads. Yum! Brands has tried to connect all of their food brands and synergize them into the same company. This is why we see such combined restaurants like KFC/Taco Bell and other combinations.

But at the same time, it could be causing the individual restaurants within the brand to lose their identity. While some brands within the company have had radically successful ad and marketing campaigns like Taco Bell and KFC, Pizza Hut has kind of been…there.

Pizza Hut attempted to get into dessert and salad but neither really enticed people to go to the restaurant. In turn, their competitors have reinvented themselves to get a leg up. Domino’s reinvented their recipe has concentrated toward online sales, including offering a wedding registry. Papa John’s has partnered with the NFL, as well as Peyton Manning and JJ Watt to become the official pizza of the NFL. Even Little Caesars has gotten into this, having their $5 large pizzas.

As a result, their pizza market share has gone down from 25% to 14.5% from 1995 to 2015. In that time, Domino’s has gone up from 11% to 12.4% while Papa John’s is up from 2.2% to 7.4%. This is especially alarming for Pizza Hut and Yum! Brands shareholders. While the company itself is going strong, their pizza chain is struggling and in danger of losing their top spot. Their next move will likely be the difference between them remaining pizza kings or falling further behind the pack.