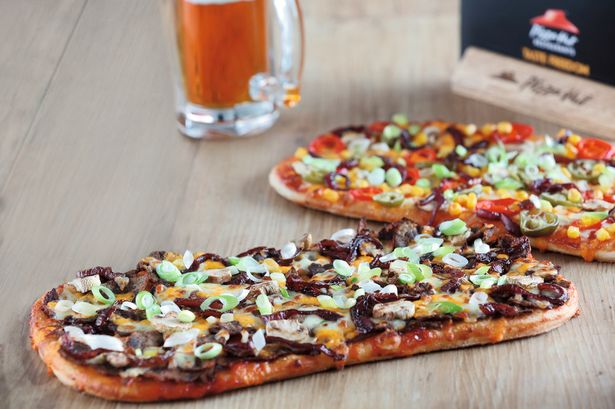 Few would argue pizza is good. Few would also argue that beer is good. In fact, there are a number of people who would suggest pizza and beer were meant to be paired together. Pizza Hut is taking that pairing to a new level with beer-infused crust.

Pizza Hut has been adding flavor options to their pan pizza crusts for a while now as a way to spice things up with their traditional formula. Those flavors have included garlic, parmesan, asiago cheese and more. Next on tap will be beer, but for now, it’s only for those who know the magic phrase and are dining in at one particular Pizza Hut location in England this Friday.

Pizza Hut customers at the Finchley Lido location in England will be given the first taste test for this new flavored crust on Friday,  but only on two kinds of pizzas (the Steak Feast and the American Hot), and the only way to get it will be by relaying a secret phrase to their server. What is the secret phrase? “I Like it Hop,” according to The Mirror. The server will then take the customers’ beer and pizza order to the back and will later return with a special pizza consisting of the craft-ale crust.

“We know that craft beers are really popular right now and we’re celebrating this not just by adding craft beers to our menus, but also by adding this to our pizza dough,” Pizza Hut Director of HR and Marketing Kath Austin told The Mirror. “We also know that for many of our customers nothing beats enjoying their favorite pizza with an ice-cold beer, so we thought this would be the perfect culinary union.”

If the trial goes well, the new crust could be unveiled throughout England. From there, who knows what is next, but odds are there will be plenty of Pizza Hut and beer lovers in the United States waiting patiently for their chance to give this a try.