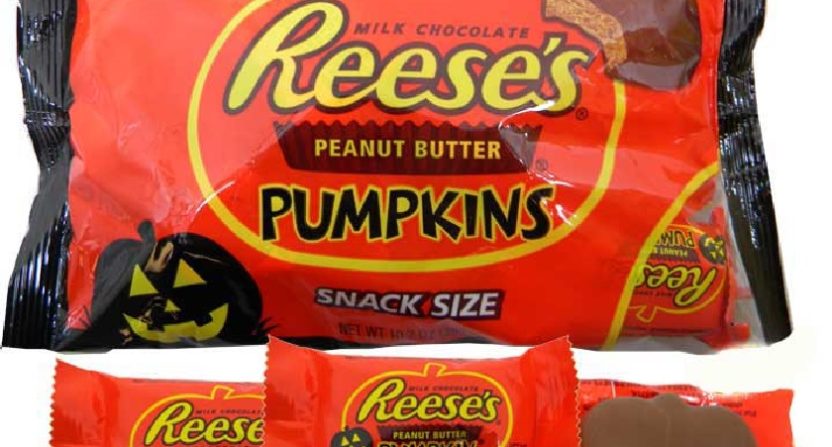 It’s Halloween. Well, it will be on Tuesday. It’s Halloween season. That means the typical run on products from Big Candy. Big Candy loves this time of year; you likely noticed how they start sending out the various bulk bags and fun size varieties as early as September, as though people are buying trick-or-treat candy eight weeks in advance.

You also get your typical maps of popular candy, like this one from Business Insider:

The most popular Halloween 2017 candy in every US state https://t.co/1BM4ee5ezg pic.twitter.com/hHGU5zZh74

What a crap map. We have a history of full posts explaining why maps like this are either wrong or hilariously accurate, but that’s not what this post is. (We could still do that post. There are still a few days left until Halloween, as we learned in the opening few sentences.)

So while it would be pretty easy to simply fire up the candy take cannon to lambaste the idea that any state in 2017 prefers Almond fucking Joy to all other candy varieties, I’m instead going to focus on why none of the candy on that map is the correct choice for top Halloween candy. Or candy overall.

Because the best candy, and I’m saying that with all the weight of someone who has never been recognized in the slightest for their taste in food, is whatever holiday Reese’s product is currently available. Reese’s puts out Pumpkins (and Ghosts, though those are new and I don’t trust them) for Halloween, Trees for Christmas, Hearts for Valentine’s Day, and the confection that started it all, the Egg for Easter. Depending on when the Pumpkins roll out (in 2015 I found them at a Denver King Soopers in early August), Reese’s has a holiday variety continuously available from early fall through spring.

I’d certainly recommend all of them (again, except the Ghosts, though they’re probably good too), but as a self-styled Reese’s aficionado (I misspelled “aficionado” on my first and second attempts, by the way), it’s important to know just which variety is the best. Which one is most worth venturing to Wal-Mart the day after their respective holidays in order to snap up discounted bulk purchases, as my brother and I once did with the Pumpkins. (There was an open shelf box on the clearance table, which I lifted to take the unopened box from underneath. I literally carried an unopened giant cardboard shelf box to the register. It was 100% worth it.)

And they’re not just the same as the regular Reese’s Peanut Butter Cups, which as you may have guessed I do enjoy, though not to this degree. I’d put those on par with my other favorite candy, like Mike & Ikes. The holiday versions are thicker, changing up the peanut butter to chocolate ratio in a very favorable fashion, and the formula (or at least the manufacturing process, in some way) must be different, because the holiday options contain gluten, while the regular varieties don’t. This is unfortunate for any celiacs out there, but I dodged that 1-in-100 bullet, so I get to enjoy them.

So, to the rankings:

They just feel smaller, even though the net weight for all the types is supposedly 1.2 ounces. The shape is also just not as rewarding; it rarely looks like much of a heart, and the pointed ends don’t give you the proper peanut butter-to-chocolate ratio. (Reese’s also often produces very large Reese’s Hearts for Valentine’s Day, but I don’t consider them canon.)

The Pumpkins are better than they used to be. Originally they felt a bit too thin, and were rarely pumpkin-shaped (a theme for these reviews, Reese’s might need to invest in some new molds), but now they’ve gotten much more consistent. And the shape is the most pleasingly symmetrical of the four; you’re getting a decent bite throughout.

The original was my favorite for a very long time, but it’s just gotten a bit plain. I still eat way too many, and the Egg is also the clear stock-up option, if only because once they’re gone, it’s a lengthy wait for the Halloween candy to roll back around. And it’s still very good! But the egg shape has, over recent years, grown narrower, which gives you an unfortunately pointy narrow end, as opposed to the sweeping curves of the golden age Eggs.

(Reese’s also makes other Easter candy, as you might expect. My mom once got my brother and I the Reese’s giant chocolate bunny, or Reester Bunny. I ate the ears and quit out of blood sugar fears.)

The Trees don’t exactly look like trees, at least not very often. A few years ago, this fact went a bit viral. 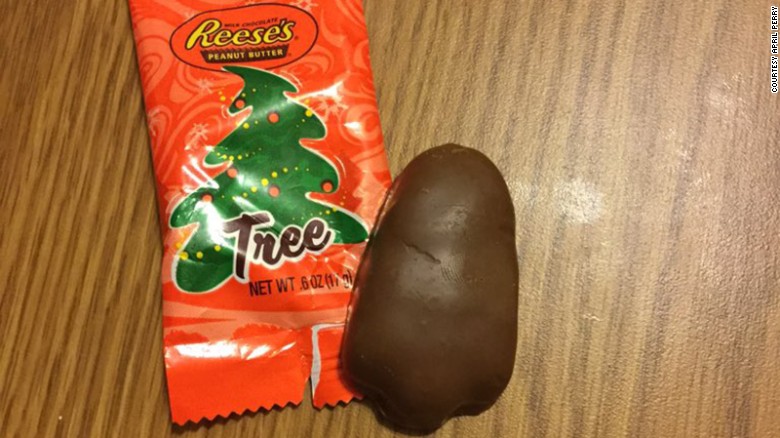 They’re a bit better about it now: 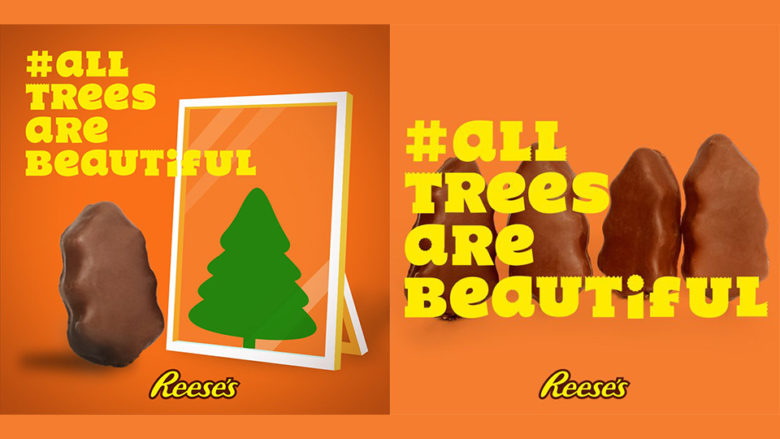 Regardless, none of these shapes are perfect likenesses. What you’re getting is a thick bite of peanut butter, and in fact the laziness of the tree shape works to its advantage; rather than the sharp point you might expect if it were accurate, you get a more flattened bite. It’s what the Eggs used to be, and that’s why it’s #1. The Trees also have less competition from other traditional candy; Halloween obviously has plenty of options and sales to grab the candy-lover’s attention, as do Valentine’s Day and Easter. Christmas candy is certainly a thing, but it normally revolves around peppermint and other non-chocolate bases.

The Trees, though? They’re amazing. Fun fact: Reese’s used to offer King Sized Trees, which were both amazing and terrifying: 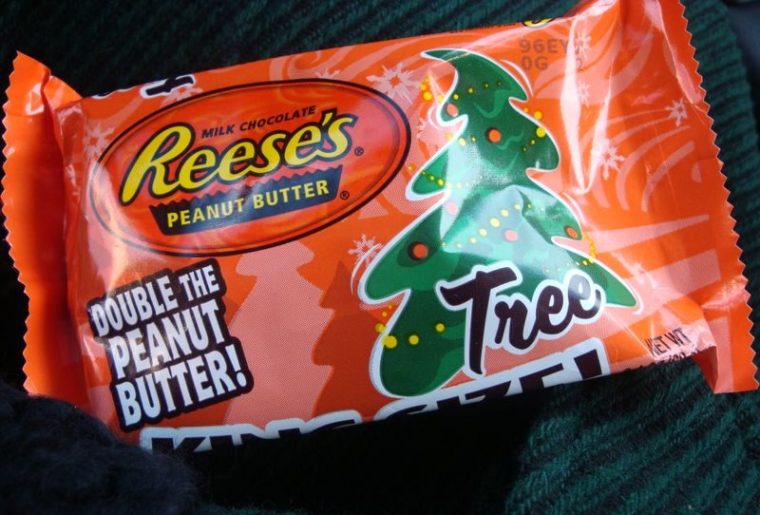 Those were 2.4 ounces of pure decadence per tree, twice the size of the regular tree. I once got two on Christmas morning, and I attempted to eat both for a de facto breakfast. I made it through the first one fine, but the second one literally put me to sleep. I woke up later with half of it uneaten. They’re not on the market anymore, that I can tell, which is for the best. They should have been a scheduled substance.

So, there you have it! Get out there and enjoy some Pumpkins, and if you try the Ghosts, let me know what you think. The Trees are just around the corner; last year I found some alongside the Pumpkins before Halloween, so if you want to blow some trick-or-treaters minds and blood sugar levels, maybe try to find some Trees prior to Tuesday.

Which is, again, Halloween.

2 thoughts on “Ranking the only candy that matters: the holiday Reese’s products”