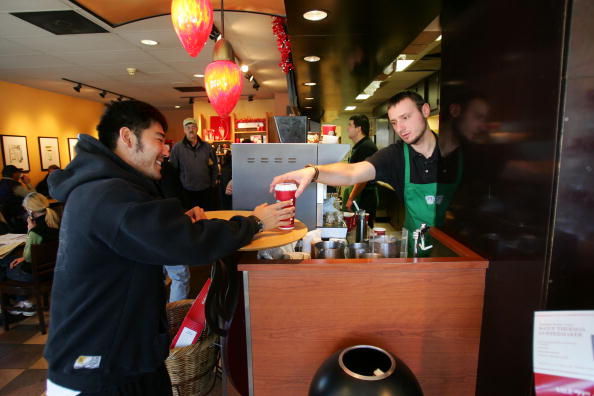 If there is a market that everyone is trying to currently corner, it is that of the mysterious millennial. They are temperamental and fickle, and what can a company do to try and appeal to them? Starbucks thinks it has found the solution with a premium store that is geared towards this puzzling generation.

At this point, it has become old hat for brands and other groups alike to not have a clue how to appeal to this new generation. It has become increasingly more sad and startlingly off base. Starbucks somehow thinks a $10 coffee is the answer for it all.

The “special” coffee will be brewed in glass siphons and often in flights, very similar to craft breweries who have seen a large boom as of late, mostly tied to the millennial trend of enjoying local beers.

They are adding many “reserve bars” in big cities and are already seeing reactions to the new brand having added the feature to a few existing locations in New York. According to CNBC, the Seattle based company believes they will be able to hit a lot of the numbers they are targeting.

Reserve stores will exclusively sell and serve exotic, small-lot coffees that can cost $50 per 8-ounce bag. Executives expect customers to stay longer and spend more, driving twice the financial returns of typical Starbucks stores, which have average unit sales of about $1.6 million annually.

Reserve likely has room to set prices higher than Starbucks. Blue Bottle and Intelligentsia shops in Los Angeles charge $4.50 for their 12-ounce lattes, versus $3.25 at Starbucks.

These large corporations double and triple check these type of projections, but this feels painfully off-base. Then again, who would’ve thought a coffee brand like this could become an international staple like it has?