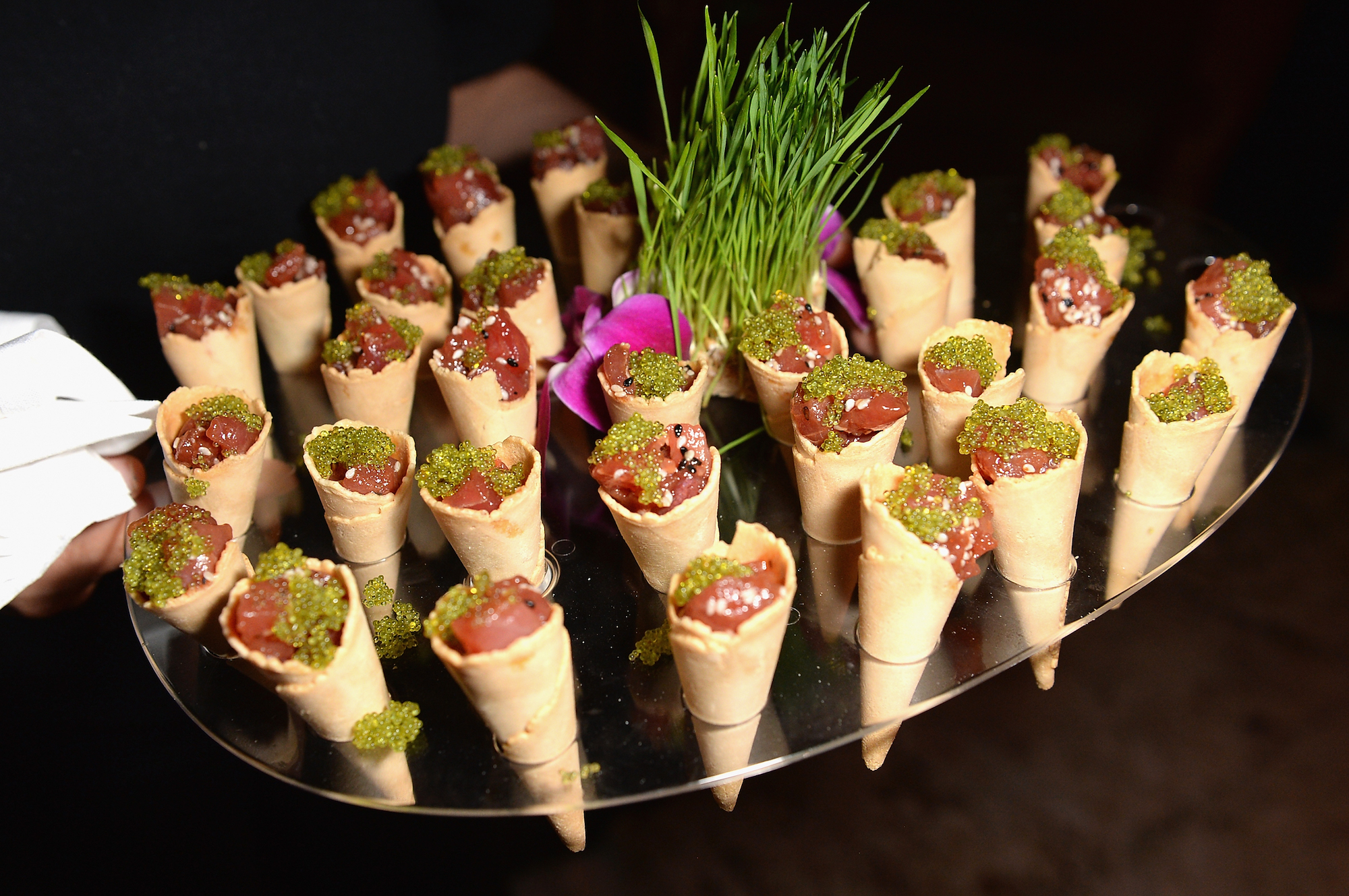 I’d like to talk about something that’s been weighing on me for some time.

A topic even more polarizing than the 2016 election combined with the fourth-down spot in the Michigan-Ohio State game. I’ve witnessed an alarming trend over the past few years: Americans are becoming increasingly obsessed with sushi. And I call bullshit.

Side note: I want to explicitly state that the people of Japan are exempt from my ensuing rant, as sushi is their national treasure. I’m British and my people eat all sorts of bizarre things, too – meat pies, black pudding, and fish wrapped in newspaper. I can’t defend those things either.

I live in, what I believe to be, the U.S. epicenter of sushi fanaticism, the San Francisco Bay Area. Generally-speaking, people here are educated, trendy, have IPO money to burn, and like their sushi almost as much as their Apple products. Case in point: while writing this article, merely voicing my skepticism about America’s love of sushi has led to two heated arguments with my own friends. I can’t think of another food item that could generate this much controversy.

Which begs the question, why does challenging someone’s love of a particular food evoke a response the magnitude of an atomic bomb?

My hypothesis is that not many people legitimately like sushi, but lots of people think that they should like sushi because it’s en vogue. The act of drawing attention to this cognitive dissonance, the discrepancy between one’s beliefs and actions, causes psychological distress and thus induces the negative response. In other words, feigning a love of sushi is stressful and people will react strongly when confronted. It’s tough to avoid this feeling as I too have experienced this inner culinary conflict first hand.

I tried sushi for the first time about three years ago. It wasn’t good. But a voice inside my head (either my own or one of my asshole sushi-loving friends) tried to convince me otherwise, so I persevered through many more attempts. After each disappointing experience, I vowed to give sushi just one more chance.

Why did I feel the need to do that? When I discovered that I didn’t like brie, I didn’t give it a second thought, and I certainly didn’t go on a death march through the cheese aisle trying to find the one that tastes least like ammonia and chalk. What it all boils down to is hating brie will get you some looks, but hating sushi makes you a full-blown pariah. Well, just call me Boo Radley because I’m done trying.

Admitting that I don’t like sushi has a fairly predictable impact on people. After the other person has recovered from their incapacitating disbelief, he/she/they will utter perhaps the most condescending sentence in the history of the English language: “It’s not that you don’t like sushi, it’s that you’ve obviously never been to the right place.”

Well, I once ate a steak at Applebee’s and it still tasted like steak. Perhaps there’s something fundamentally wrong with sushi that it can only be prepared correctly in a minority of places. But more realistically, perhaps questioning the quality of the sushi restaurant is just another defense mechanism. Again, people get reeeeally defensive when 1) their love of sushi is questioned and 2) when another person has the nerve to not like sushi.

To illustrate that, here is a pretty accurate depiction of just about every conversation I’ve had about this subject:

Friend: You’ve obviously never been to…

Friend: Sushi is the best! I would eat it every meal if I could!

Me: I don’t believe that. Plus, you’d probably end up with mercury poisoning.

Friend: I AM NOT LYING. SUSHI IS MY FAVORITE FOOD. IT IS LIKE NIRVANA HAPPENING IN MY MOUTH. IF I WERE ON DEATH ROW, IT WOULD BE MY LAST MEAL.

Me: Would you ever choose sushi over steak?

That’s the kicker, when given the choice, meat eaters always choose cow.

I’d be willing to buy into this whole sushi revolution if it actually tasted good, but insofar as I can tell, sushi comes in two disgusting varieties:

Sushi is so bad that restaurants routinely serve it with salt water (soy sauce) and the world’s spiciest substance (wasabi). I assume this is to give the clumpy rice seaweed disaster some flavor, or to mask the taste of the deceased goldfish.

But at least it’s filling, right? Uh, no. If you’re a non-sushi lover and you selflessly accompany sushi lovers to dinner, you’ll probably need to go for nourishment afterwards, but don’t worry because SO WILL THEY. The slogan for sushi should be: Eat, Basically, Expensive Air and Be Hungry in an Hour.

The bottom line is this: sushi is gross, expensive and unfulfilling, and it’s OK if I don’t like it. It’s also fine if you don’t like it. Don’t let anyone tell you differently. I swear, there are more of us than them and we need to stick together (sort of like gross, clumpy rice). I know we can get rid of the stigma associated with disliking sushi.

Until that glorious day, I’m going to need a place to stay. It’s likely that I will be kicked out of the Bay Area after this article publishes. Can I sleep on your couch? I’ll bring the steak.

3 thoughts on “America, it’s time we had a talk about sushi”