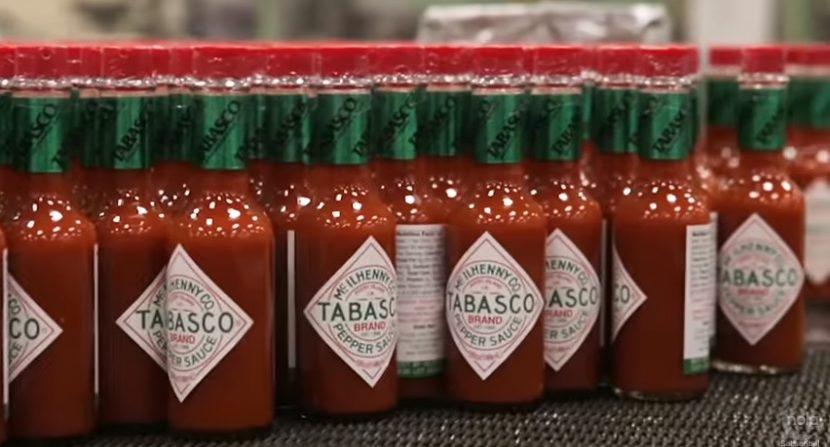 The basic recipe has remained unchanged since Edmund McIlhenny starting filling discarded cologne bottles with the concoction in the 1860s: tabasco peppers, vinegar, and salt. It works out then that the company’s base of operation since the beginning has been Avery Island, a salt dome amidst swampland in Iberia Parish, Louisiana. Originally, the family grew peppers here as well, but these days they send local seeds to growers in Central and South America in order to meet demand. They still count on the Avery Island salt mine, however, which is one of the largest in the U.S.

However, this “ideal spot” 163 feet above sea level is in serious danger of disappearing thanks to climate change, and that could mean massive changes for how and where Tabasco sauce is made. Per The Times-Picayune, Avery Island is now “disappearing at a rapid pace” thanks to rising water levels.

The marsh protecting the island is losing about 30 feet per year. Saltwater is seeping into the marshes, killing freshwater plants and causing soil to loosen and dissolve. Nearby ship canals grow busier and wider, hastening erosion. Storms are more frequent and hit with more force.

The land is sinking as well. Subsidence drops the Louisiana coast by nearly an inch per year. Combine that with the global phenomenon of rising sea levels, and it won’t be long before Avery is a true island surrounded by an increasingly turbulent sea.

There may come a day very soon when the McIlhenny family and their 200-employee business have to start making Tabasco sauce someplace else. Because the product doesn’t require many ingredients, it doesn’t sound like a hard thing to change, but it’s about something bigger than that. What has persisted as a local business even as it’s gone international would lose the roots that have kept it in place for over a century. Not to mention figuring out how to replace their production facility, corporate headquarters, and salt source.

They’re not going without a fight. The McIlhenny family has invested around $1 million into the construction of a dam mean to restore the region’s grassy marshes and help re-engineer the flow of water. They’ve also formed a restoration partnership with two other private property owners on Vermilion Bay and the National Audubon Society as a way to pool resources in their efforts to maintain the local ecology and habitats. It may or may not be a losing battle but the history and traditions of this simple pepper sauce are worth saving for this family.